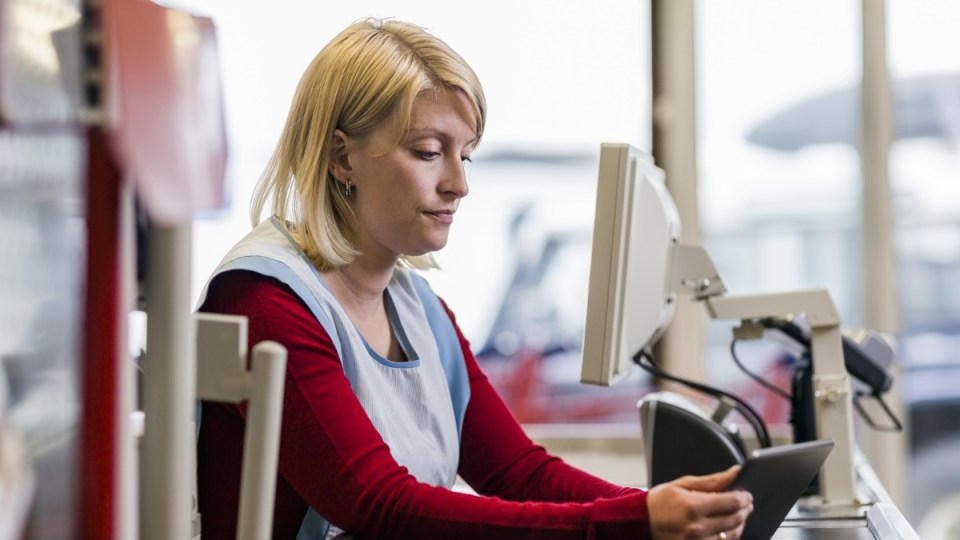 While average pay rates are just ahead of inflation, in many sectors they are falling behind. Photo: Getty
analysis

There was no great surprise in the latest wages data released on Wednesday – which is a shame, because we sorely need a surprise on the up-side.

Averaged across the nation, wages grew 2.0 per cent in the past year – 0.5 per cent in the September quarter – which is just ahead of the Bureau of Statistics’ ‘trimmed mean’ inflation figure of 1.8 per cent.

Rationally speaking, therefore, a household in which the hours worked have not changed would, on average, have slightly more spare change left at the end of the month.

Then again, how many households feel like an ‘average, rational’ economic unit?

Australian consumers are increasingly worried about highly politicised areas of expenditure such as power bills and health and education costs, so being told ‘you’re better off on average’ is virtually meaningless.

Moreover, being better off at all depends on the sectors in which a household’s breadwinners work.

Is this backdoor stimulus spending? Federal and state governments are putting extra funds in public servants’ pockets which will buy a few extra cappuccinos at lunchtime, but in the private sector many areas of wage growth are negative in real terms.

The mining sector, for instance, saw wages grow by just 1.2 per cent over the year to September, and ‘transport, postal and warehousing’ and ‘professional, scientific and technical services’ both saw sub-inflation wage rises of 1.5 per cent over 12 months.

The big winners in the private sector were in healthcare, and arts and recreation services, which enjoyed annual pay rises averaging 2.7 and 2.6 per cent respectively.

But even workers in those sectors will hardly be jumping for joy. Pay rises are traditionally set not only by inflation but also productivity gains.

Productivity growth is not exactly on fire right now, but even at low levels it should add at least a third of one per cent to the average annual pay rise, based on multi-factor productivity data from the ABS.

That would mean private sector wages should be about 2.2 per cent when inflation and productivity gains are added together.

If labour productivity growth is used as the benchmark instead, pay rises should be “between one and two percentage points higher” according to economist Jim Stanford, director of the Centre for Future Work think-tank in Canberra.

So workers who know their company is doing things better, making more widgets or serving more customers, have a right to ask why the bosses are keeping the purse strings tighter than that implied figure, or why enterprise bargaining agreement outcomes are lagging behind.

There’s another reason why nobody – employer or employee – should get too comfortable with wages being ‘just ahead of inflation’.

Two of the biggest items of expenditure for the average household – housing costs and transport – have been unusually held down in the past few years by low interest rate and low oil prices respectively.

As covered previously, a larger slice of household budgets will soon be soaked up by rate rises set in motion by global forces – even if, as expected, the RBA does not raise local interest rates until 2019.

And in crude oil markets, many global investors are betting on substantial price rises in the months ahead – which could see petrol bowser prices jump very quickly.

Those rises in the cost of living would ultimately be captured by the ABS inflation measures, and so within months even the wages earned by well-paid public servants could be falling behind the cost of living.

Despite many positive indicators showing up in the past months – lower unemployment, more hours worked, strong company profits and a surging share market – the Australian economy is still very vulnerable to a collapse in consumer confidence, that could snuff out rising business confidence and investment plans.

That can’t be allowed to happen, and hence the industries showing signs of green shoots should be encouraged with every policy tool available.

Tourism, as noted recently, has a lot of potential upside, as does the booming education exports sector.

Both would benefit from the Australian dollar falling further, and so if there is any silver lining to Wednesday’s wages data it’s that currency traders didn’t like it at all – the Aussie dollar fell half a cent against the US dollar after the news.

Not much of a silver lining, but it will have to do for now.