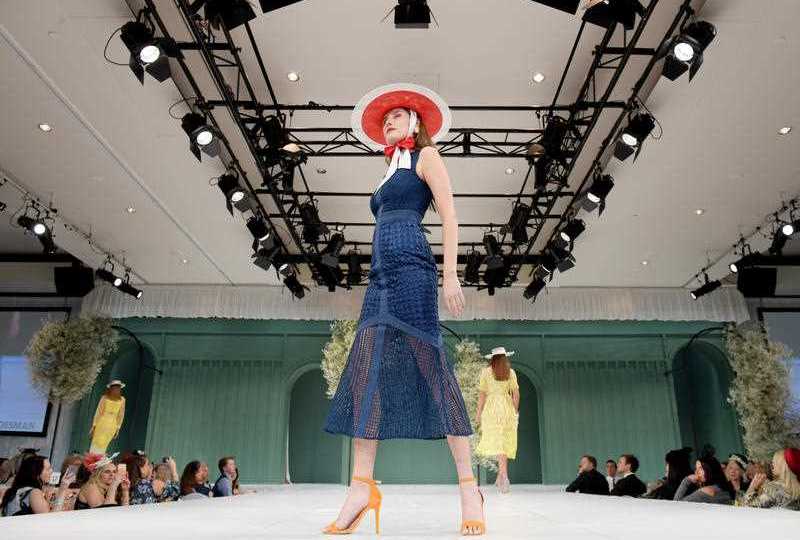 Battle-weary department store Myer has unveiled its latest strategy to fend off the advances of Amazon – an online ‘marketplace’ that will sell other vendors’ products.

Called ‘The Myer Market’, the new initiative will closely resemble one of Amazon’s key businesses, Amazon Marketplace, both in name and business model.

Amazon Marketplace allows third-party vendors to sell their products on the Amazon website in exchange for a percentage of the sale price.

It is this part of the Amazon empire that is due to launch in Australia in the next few months.

The Myer Market will, essentially, do the same thing as Amazon Marketplace – but with a focus on higher-end products.

It differs from the department store’s traditional retail model of buying stock from suppliers and selling it on to customers itself.

Myer Group said the strategy, which will initially launch as a pilot scheme, would allow the business to expand its range and increase sales.

It would also allow Myer to collect data on its customers’ buying habits – a key area where online marketplaces like Amazon and eBay have a phenomenal advantage over traditional bricks-and-mortar retailers.

“Some of the world’s fastest-growing companies are marketplaces … selling products [and] services without owning the asset,” the Melbourne-based department store said in a strategy update on Wednesday.

Myer argued it would be able to attract both vendors and shoppers to the online marketplace with three points of differentiation: its ‘Myer One’ rewards program; its network of stores for returns; and its “tradition of curation”.

The announcement came the same day that Myer revealed another quarter of shrinking sales.

In the three months to October, Myer sold $699 million worth of products – 2.8 per cent less than it sold in the same period last year.

Myer’s online business, on the other hand, saw strong growth, with sales increasing by 67.8 per cent on the previous corresponding period.

But the department store did not reveal the dollar figure of online sales.

All it would say was that “omni-channel sales” – including sales made via in-store iPads – stood at $48.4 million for the quarter. That was just 7 per cent of total sales.

Investors did not like what they heard, and a rush of sales forced Myer’s share price down 4.6 per cent to 73 cents.

The company is now trading a couple of cents above its all-time low of 70 cents, which it hit in September.

Its share price is now one-fifth of what it was in 2009, when it was listed on the ASX as Myer Holdings, following its separation from Coles Myer.

Scott Kilmartin, an ecommerce adviser from Online Offline, said while Myer’s ecommerce numbers were rising, they were building from a low base.

“Myer are now good at online retail but not yet great,” he said, pointing out the ecommerce market was already a “crowded space”.

“eBay, Catch, The Iconic, My Deal are all experienced marketplace operators, with early mover advantage,” he said.

“Big companies like Myer aren’t known for being nimble movers and I wonder if they have the depth of talent internally to throw at a new initiative whilst still trying to perfect their own ecommerce game.”

He said brands would become increasingly choosey over which online channel offered “the best fit and positioning” for their product.

“The online retail cake, whilst growing, is being chopped into smaller pieces and the last guest to arrive at the party, Amazon will bring the strongest brand name and snatch a big piece for itself, leaving the rest to compete for scraps,” Mr Kilmartin said.

“Australia has only 24.6 million punters for all online players to court.”

Myer unveils its last-ditch bid to fend off Amazon