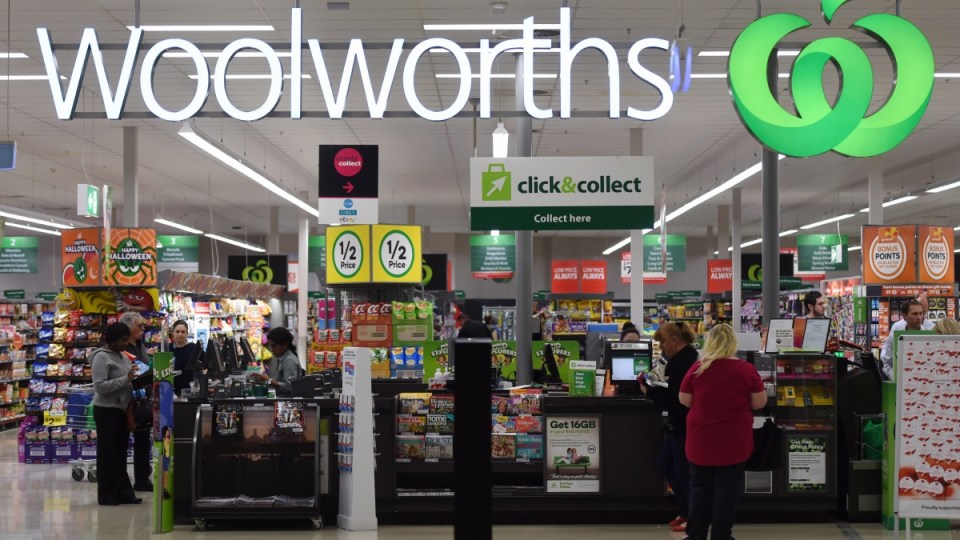 Woolworths has increased its sales by almost 4 per cent in the last three months, more than twice the growth enjoyed by arch-rival Wesfarmers.

In the three months to September, the nation’s biggest supermarket chain sold $15.5 billion worth of products across all of its retail outlets and hotels.

That was 3.7 per cent more than it sold in the same period last year.

Coles’ sales growth for the same period was weak in comparison.

The Wesfarmers-owned supermarket chain only grew its food and liquor sales by 1.5 per cent in the first quarter of the current financial year, selling $9.37 billion worth of products.

But when Coles Express – including petrol – sales were included, sales actually fell by 0.3 per cent.

The three-month period was also a boon for Woolworths shoppers as well as shareholders, who saw prices fall by 2.4 per cent – or 4 per cent if you exclude tobacco.

The quarterly results will be welcomed by Woolworths shareholders, who have watched the supermarket giant struggle to keep up with Coles’ and, more generally, Wesfarmers’ surging sales growth over the last decade.

Woolworths has particularly struggled to keep up with two of Wesfarmers’ other key businesses: Bunnings and Kmart.

Its Kmart competitor, BIG W, meanwhile, saw sales growth of 2.5 per cent – a significant turnaround on the 5.7 per cent drop in sales it suffered in the corresponding quarter last year.

The positive figures saw Woolworths’ share price to jump to 1.5 per cent as of 1pm on Tuesday.

Nevertheless, the results come at a time of intensifying competition in the grocery and retail sectors.

German-owned Aldi has aggressively grown its market share in recent years, currently standing at 8.6 per cent, compared to Woolworths’ 36.8 per cent and Coles’ 30.9 per cent.

International players Kaufmann and Amazon Fresh are poised to enter the Australian market, a move sure to ramp up an already highly competitive sector.

“We are also conscious of the changing needs of our customers who are looking for increasing levels of convenience and we are working hard to meet this need, with Pick up one of the many initiatives we have underway,” he said.

“While we are pleased with the progress during the quarter, there remains much more to do with our focus now firmly on the important Christmas trading period.”

Woolworths surges ahead of Coles in supermarket war