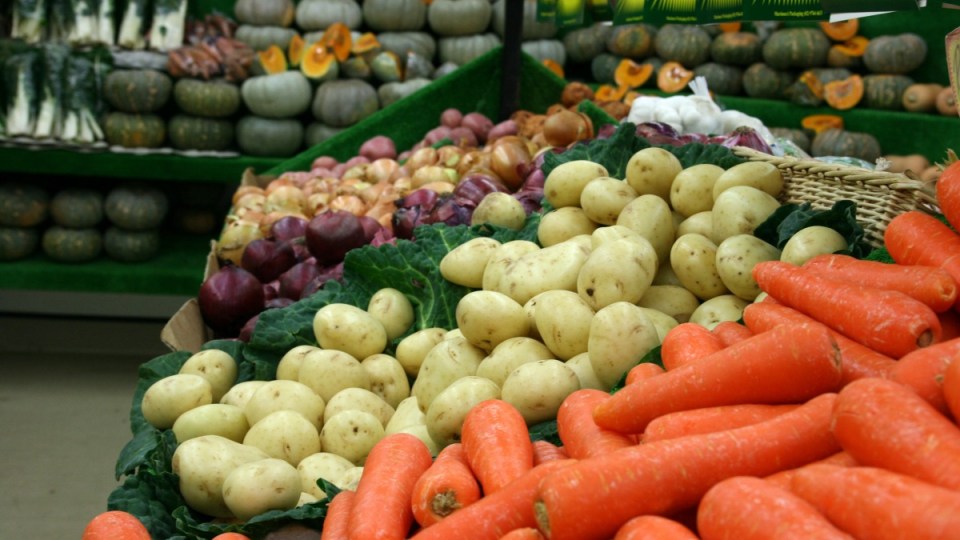 Vegetables got 11 per cent cheaper over the last three months. AAP

Cheaper food, clothing and fuel have offset rocketing energy prices to keep the overall rise in the cost of consumer goods and services below expectations, new figures from the Australian Bureau of Statistics have revealed.

While cheaper-than-expected products may sound like a positive thing, experts warned that the weak figures actually spelt bad news for the Australian economy.

Over the three months to September, the consumer price index (CPI) rose 0.6 per cent, bringing the annual inflation rate to 1.8 per cent.

That was 0.2 percentage below expectations, and just out of the RBA’s target range of 2 to 3 per cent per annum.

Experts had been expecting rocketing energy prices to push inflation to 2 per cent per annum.

Electricity did indeed represent the highest price rise, increasing by a massive 8.9 per cent over the quarter. Gas, meanwhile, rose by 5.2 per cent.

But the effect of this rise was restrained by food – above all, vegetables, which fell in price by almost 11 per cent over the quarter.

Food and non-alcoholic beverages in general fell by 0.9 per cent, as did clothing and footwear.

Health and communication costs also fell, by 0.2 per cent and 1.4 per cent respectively.

All other goods and services rose in price.

Commentators were generally downbeat about the lower-than-expected figure.

Callam Pickering, APAC Economist for global job site Indeed, said the failure of wage growth to pick up meant that, if government efforts to push down energy prices succeed, inflation could actually fall.

“The outlook for inflation will depend greatly on whether wage growth improves,” he said.

“So we will be watching closely to see whether strong employment growth can translate into higher wages in the months ahead.

“The improvement in corporate earnings suggest that there may be some scope for wages to improve over the next six months but until that occurs we don’t think that there will be any urgency from the RBA with regards lifting rates.”

He said the figures were an “uncomfortable reminder that financial conditions are too tight, and there is a lot at stake in hoping that growth will recover sufficiently to achieve the inflation target over time”.

Earlier this month, RBA governor Philip Lowe warned that wage growth was unlikely to pick up in the immediate future.

“Wage growth remains low. This is likely to continue for a while yet, although the stronger conditions in the labour market should see some lift in wage growth over time,” he said.