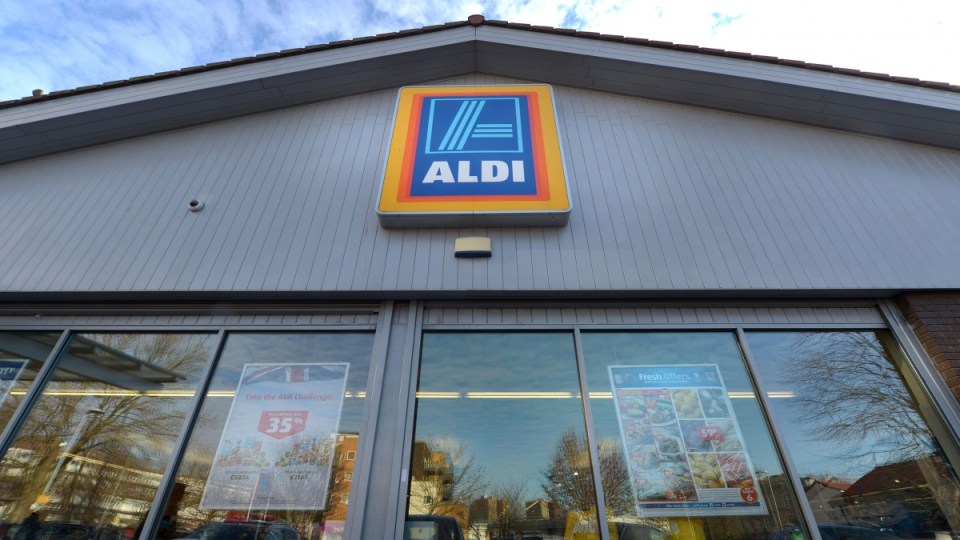 German retail giant ALDI has cemented its position as Australia’s third-biggest supermarket chain, after another year of extraordinary growth.

This year, the low-cost grocer is on track to grow its market share by 9 per cent, adding an extra $1 billion to its annual revenue, an IBISWorld report has found.

That represents year-on-year revenue growth of 15 per cent.

But according to the report, the German grocer’s rapid rise has done little to dent the market share of the Woolworths-Coles duopoly.

In fact, the report found the two established giants had successfully lifted their game to meet the new threat.

Rather, it was the nation’s smaller grocers that had lost out to the German juggernaut – most notably IGA owner MetCash, SPAR and Foodworks owner Australian United Retailers Limited.

The report found these smaller players simply did not have the scale to compete in the price wars engaged in by Woolworths, Coles and ALDI – meaning these three bigger players were increasingly looking like a triopoly, with control of more than 75 per cent of the market.

The result was a grocery market in which food was getting cheaper and cheaper, but the choice of outlets was rapidly diminishing.

The report found that ALDI’s innovative strategies for cutting costs had forced the big two supermarkets to radically overhaul their business model to compete on prices.

The centrepiece of this radical overhaul was the rise of private-label products – that is, the cheaper products that carry the supermarket’s own brand.

IBISWorld found that the range, quality and popularity of private-label products had risen significantly in recent years.

The supermarket chain now has a market share of 8.6 per cent, making it the third-biggest food retailer in Australia.

By comparison, Coles and Woolworths grew their revenue by a relatively paltry 4 per cent and 2.5 per cent respectively – albeit from a much higher base.

That puts Woolworths’ market share at 36.8 per cent, and Coles (which is owned by Wesfarmers) at 30.9 per cent.

Number-four player Metcash, meanwhile, saw its annual revenue grow by just 0.2 per cent, to $7.6 billion. Its market share now stands at 7.5 per cent.

Good for consumers, bad for jobs

The rise in private-label products can generally be seen as a positive for consumers.

IBISWorld stated: “The quality of private-label products has improved over the period, which has made these products increasingly appealing to customers that are worried about financial matters, particularly low-income families.”

However, the effect on the job market was unequivocally bad.

IBISWorld found the growth of automation, particularly with self-service checkouts, had seen wage costs as a proportion of total costs fall steadily over the last five years – which is finance-speak for saying they were cutting jobs.

And the report found that the effect on jobs was likely to worsen, as online shopping rises. The report pointed to Coles’ first online-only ‘dark store’ which opened in Melbourne in June 2016.

The pressure for supermarkets to have big online shopping options would increase with the imminent Australian launch of Amazon Fresh, the report found.

If the triopoly of Coles, Woolworths and ALDI is to be challenged, the challenge will come from outside Australia, the report found, with three likely challengers: Costco, Kaufland and Amazon Fresh.

US firm Costco, which allows consumers to bulk buy, is already trading in Australia, but as yet has just nine stores across the country.

Kaufland, a subsidiary of ALDI’s arch-competitor in Germany, the Schwarz Group, has purchased a single site in Adelaide, but is yet to start trading.

Likewise, Amazon has a site in Melbourne from which it will launch its Australian operations before the end of 2018, but possibly even in time for this Christmas.

However, the report downplayed the threat Amazon’s grocery business, Amazon Fresh, would pose to the conventional grocery market.

“Coles, Woolworths and ALDI’s large store networks and the trend of consumers wanting to inspect fresh produce in person before purchase are likely to limit the effect Amazon Fresh will have on the major players,” the report said.