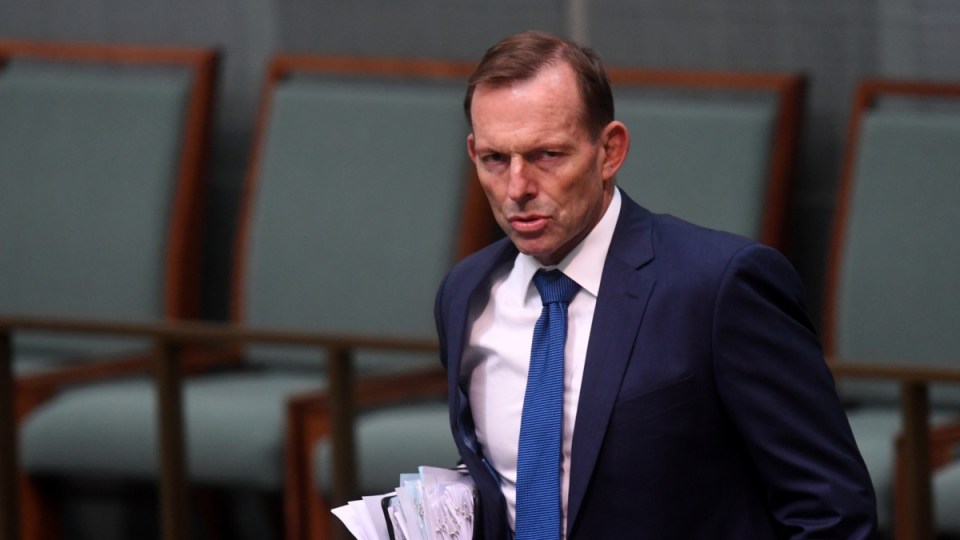 The majority of Liberal voters support a strong clean energy target, putting them at odds with the government over its hostile stance on the issue.

A survey of more than 2000 Australians, commissioned by the Climate Council, found 77 per cent believed the government should implement Chief Scientist Alan Finkel’s clean energy target.

More interestingly, 61 per cent of Liberal voters said they supported the implementation of the clean energy target. Just 34 per cent believed the CET was “unimportant”.

This overwhelming support for decisive action on climate change comes just four years after Tony Abbott was elected prime minister on, among other things, his flagship promise to scrap the carbon and mining taxes.

The government has so far held off implementing Dr Finkel’s recommendations that more money be spent on renewable energy – the outcome of a review the government itself commissioned – thanks to strong pressure from a powerful faction within the Liberal Party led by Mr Abbott.

In September, Mr Abbott publicly stated he would cross the floor and vote against the government if it tried to increase spending and incentives for the clean energy sector.

But the results of the survey suggest the Coalition’s de facto position is at odds with that of its support base.

And the signs are this will lose it votes. The survey also asked respondents which party they would vote for in the next election. Labor won out in every category, old and young, male and female.

The results of the poll provided further evidence that the government is increasingly isolated in its position on clean energy and climate change, both domestically and globally.

On the same day the Climate Council release its survey, China revealed it would have details of its long-awaited carbon dioxide emissions trading scheme (ETS) ready by the end of the year.

According to a report in the Australian Financial Review on Tuesday, China’s ETS will place a cap on the amount of carbon dioxide power generators and steelmakers, among others, can emit.

China is far and away Australia’s biggest export destination.

The New Daily asked the government for its reaction to China’s plans to impose a cap on carbon emissions, and whether it would consider following suit.

In his response, Environment and Energy Minister Josh Frydenberg focused on continued global demand for coal.

“On a global scale, according to the Bloomberg New Energy Outlook 2017, coal capacity and coal generation are continuing to grow and have not yet peaked,” he said.

“This is especially true in the Asia-Pacific region where Bloomberg said ‘coal remains the bedrock of the region’s power supply, providing 34 per cent of electricity in 2040 – a larger share than any other fuel’.”

He claimed that even with an ETS, China’s demand for coal would remain. He went on to reaffirm Australia’s commitment to reduce its emissions by 26 to 28 per cent below 2005 levels by 2030.

He did not address whether the government would consider implementing an ETS.

Labor’s acting spokesperson for energy and climate change Jason Clare said the world was “leaving Australia behind” because Mr Turnbull was “too weak to act”.

“Under Malcolm Turnbull power prices are up, pollution is up and now jobs are at risk,” he said.

“Australian businesses are crying out for certainty while the government is involved in a civil war over how to deal with energy prices and climate change.”

He said the solution was to implement the CET recommended by Dr Finkel.

Labor has not yet stated its policy on an ETS or carbon tax going into the next election.