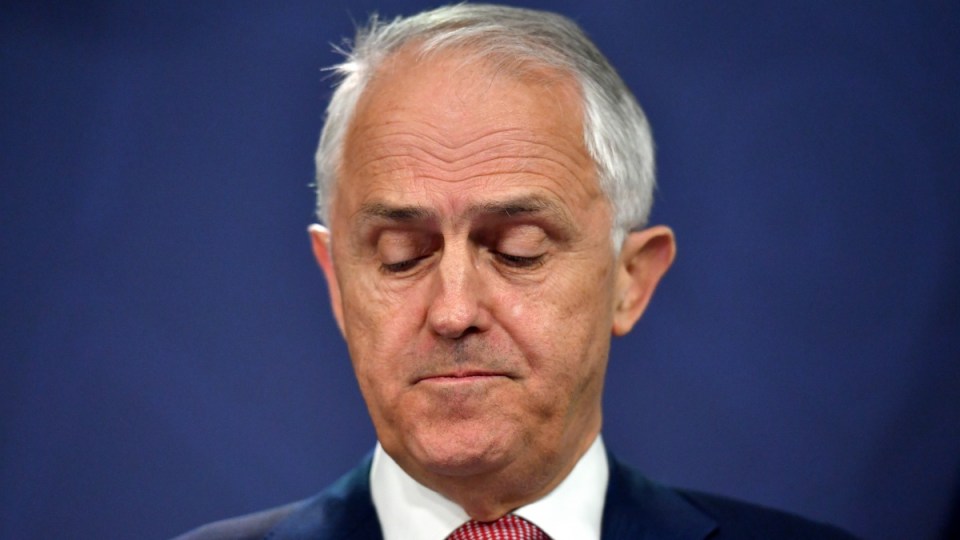 Prime Minister Malcolm Turnbull has an unsavoury choice: ensure power is supplied to Australian homes and businesses, or maintain Australia’s global reputation as a free and open economy.

That is the assessment of David Blowers, energy fellow at Melbourne-based think tank the Grattan Institute.

Mr Blowers told The New Daily that the escalating energy crisis was a result of some inexplicable behaviour on the part of gas producers – he described the situation as “a mess” – and the results for Australians could be dire.

But he stressed that it was not too late for the government to take the necessary steps to avert disaster, though this would probably require Mr Turnbull to pull the oft-mooted “trigger” that will force gas producers to sell their wares in Australia.

If Mr Turnbull takes this step, he will be going against a principle that the modern Liberal Party holds sacred: free market capitalism. If he doesn’t, he faces a bruising period of blackouts and business failures.

“Blackouts and people losing their jobs are two things that focus the mind. No politicians want that on their watch,” Mr Blowers said.

This week the Australian Competition and Consumer Commission (ACCC) warned that Australia’s east coast faces a massive shortfall of gas in 2018 – up to 110 petajoules of the stuff.

That’s enough to keep 110 Wollongongs or Warrnambools in gas for a year.

The immediate cause of this shortfall is that Australia’s gas producers are selling lots of gas overseas, and not enough in Australia.

Bizarrely, this appears to go against basic economics. Gas prices in Australia are much higher than international prices, meaning local gas producers could make much more money by selling gas in Australia.

But they are not doing this, a fact which the ACCC could not explain, and which Mr Blowers said “doesn’t make sense”.

In part, gas producers are bound by pre-existing contracts with overseas buyers to send the gas out of Australia, though Mr Blowers said there were convoluted ways around this.

According to the ACCC, producers are planning to sell an additional 63 petajoules overseas even though they are under no obligation to do so, and even though they could get a better price at home.

In other words, there is no obvious reason why the shortfall can’t be resolved by market forces. And yet it’s not happening.

Mr Turnbull has given gas producers an ultimatum: redirect sufficient gas to the Australian market by November 1, or we will “pull the trigger” on a brand new regulatory gun, and force you to do it.

The gun in question is the snappily titled Australian Domestic Gas Security Mechanism (ADGSM), an amendment to customs regulations that allows the government to limit the export of liquified natural gas.

Mr Blowers said pulling the trigger on the ADGSM would probably solve the supply problem, though not necessarily the price problem, raising the spectre of price controls.

But he said the government would be reluctant to do this.

“The government doesn’t want to intervene in the market unless it absolutely has to. If it does, it suggests it might do it again, and that will make investors nervous,” he said.

“If there is a genuine gas shortage, we could see shortages at gas-fired power stations, which would lead to people having their power cut off,” Mr Blowers said.

But he added: “This is still just a forecast. There is still time to make sure it doesn’t happen.”