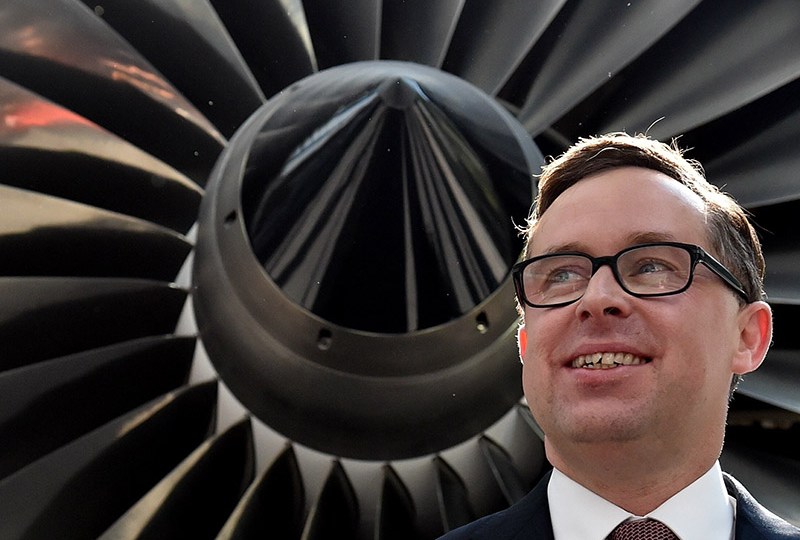 Alan Joyce has plenty of reasons to smile this financial year. Photo: Getty

Qantas CEO Alan Joyce’s salary flew into the stratosphere last financial year when the executive pulled in $24.6 million, almost double the $14.3 million he got in 2015-6.

The news comes at a time when executive pay has been the target of criticism from shareholders and everyday Australians.

Former Australia Post chief Ahmed Fahour quit in controversy earlier this year over news of his $6 million pay cheque which was hidden from the public by the government authority.

By comparison, Mr Joyce’s pay packet would make him the third-highest paid CEO in Australia if his earnings were transposed onto the 2016 executive pay tables, the most recent complete figures available.

Last year the tables were headed by brothers Steven and Peter Lowy who collected $26.5 million between them, and Macquarie Group’s Nicholas Moore who earned $25.7 million. Mr Joyce came in at number 6 in 2016 with his $14.3 million earn.

It is almost twice the 2016 pay taken home by Commonwealth Bank chief Ian Narev, who heads an organisation with a $139 billion market capitalisation, nearly 14 times the size of Qantas.

Last financial year, Mr Narev earned $5.5 million after his pay was slashed following a series of financial scandals at the bank.

Earlier this week, Mr Joyce gave $1 million of his own money to fund the ‘Yes’ campaign in the same-sex marriage plebiscite, after earlier saying he was unhappy with the issue being decided in that way.

Mr Joyce’s base pay was unchanged at $2.1 million, and his cash bonus actually fell to $1.7 million from $3.3 million a year before. However, $20.08 million share incentives offered by the company boosted his pay to record levels.

Some of that was accounted for by the increase in the value of shares he had rights to under the program.

Mr Joyce’s total earnings, including entitlements, far outstrips those of all the other top stock exchange-listed companies that have reported their chiefs’ remuneration so far.

Overall, it was a huge pay year for the top brass at Qantas, with the company spending $53.5 million on executive remuneration in 2016-17, a steep rise from the $29.2 million the year before.

The airline itself announced an 8.6 per cent drop in profit to $1.4 billion for the 2017 financial year, after posting a record $1.53 billion profit the previous year, boosted by the sale of its Sydney domestic terminal. That represented a massive turnaround from a disastrous $2.8 billion loss in 2014.

In 2011, Mr Joyce hit the headlines when he grounded Qantas’s entire fleet in response to industrial action.