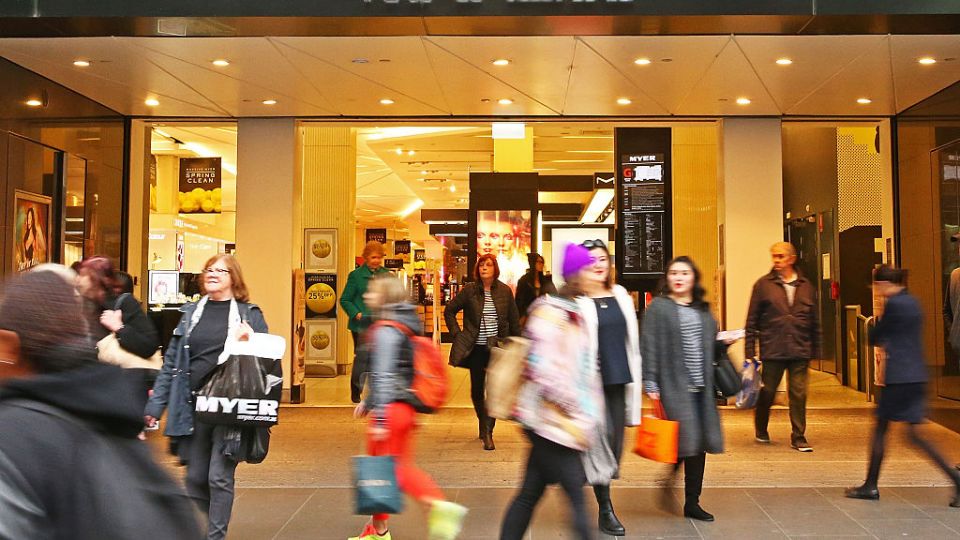 Myer, once the icon of Australian retailing, is on the slide with the department store group this week reporting an 80 per cent profit slump and closure of another three of its stores.

All this is making some retailing analysts, and customers, wonder whether the retailer has a future at all.

As an analyst from CSLA pointed out this week, it hasn’t grown its sales revenue in 30 years, and he asked whether it is in a “deep-seated rut”?

In the eyes of consumers, the CLSA analyst asked: “Is Myer’s value proposition clear enough”?

If you take out write-downs on recent misadventures out of its result, the picture looked a little better with sales flat. But the share price has fallen to record lows of 70c compared with $4.10 when it was relaunched on the stock market in 2009.

Brian Walker, CEO of Retail Group consultancy, says Myer won’t disappear. But he thinks it’s going to shrink to about 40 stores (now around 60) and the big-store format will shrink, similar to what David Jones is developing at Barangaroo in Sydney.

“There will be less stock, but more technology,” Mr Walker says. Stores will become more “experiential”; customers will visit, as they used to, to try things out and experience new brands and innovations.

The business is running into a new and harsh reality.

“Myer has a large legacy network of stores and stock that cannot compete with H&M, Uniqlo, Zara and their like, so they are swimming against a strong tide,” he says.

Amazon, which is soon to open in Australia, will present another challenge.

“Online retailing might only be seven to eight per cent of the market, but it is growing at double-digit levels,” Mr Walker says. “Specialty retailing is only growing at two to three per cent and, if you strip out food, it looks dire.”

Mr Walker says Myer has “kicked a few own goals” by losing focus of who its target customer might be.

“They’ve bounced between being a home for high net-worth shoppers, which are the foundation of department stores, to lower-value markets – and back again,” he says.

It’s also made moves that haven’t paid off like failing forays into fashion brand sass and bide and UK franchise Topshop, now in administration. It cut $45.8 million from their value last year.

CEO Richard Umbers said he plans to wean Myer off the “drug” of whole-store discounting because the marketing gimmick of cutting everything store-wide – by 20 per cent, 30 per cent or 40 per cent – had failed because it just primed shoppers to want even more bargains.

Instead he’s going to intensely focus the bargains to eight out-of-town stores including Frankston and Knox, in Victoria, Myer in Perth and Pacific Fair on the Gold Coast.

They will have entire floors devoted to discounting to make the flagship shops look fresher. But the main stores will still discount from time to time.

But internationally, the momentum is weighted against department stores chains. Like Myer, big US department store chains are pruning their footprint and closing stores: icons like JC Penny will shut 138 stores in 2017, Macy’s 63 and Sears 42.

Mr Walker suggests Myer’s flagship stores will remain as they are, retaining a high profile and with a particular appeal to tourists, in much the same way as Harrods in London and Galeries Lafayette in Paris.

But back at Myer things don’t look like improving any time soon.

Mr Umbers described sales for the first six weeks of 2017-18 were “subdued” and the “New Myer” approach launched with fanfare in 2015 looks tarnished.

The grand old dame still breathes, but she will need a makeover.