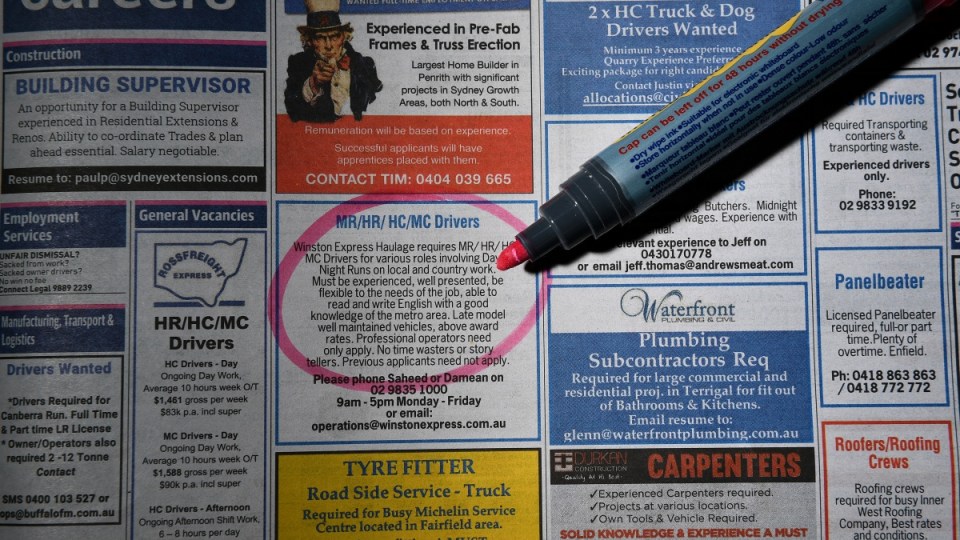 "Unemployment can and should be below five per cent," says Dr Stephen Koukoulas. Photo: AAP
analysis

It is a sad state of affairs to realise that the current crop of Australian policy-makers have effectively given up on reducing unemployment.

Treasury reckons that the lowest the unemployment rate can go without there being a wages and inflation breakout is around 5.25 per cent.

The Reserve Bank of Australia notes something similar, forecasting that even when the economy is growing strongly at an above-trend pace, the unemployment rate will hover between 5 and 6 per cent.

The current unemployment rate is 5.6 per cent or some 728,100 people – enough to fill the Melbourne Cricket Ground about seven times.

Given the Treasury and RBA estimates, it looks like Australia will never see fewer than about 700,000 people unemployed – no matter what kind of improvement we see in the latest jobless figures on Thursday.

And none of these countries is experiencing a wage/inflation problem. Indeed, even with the very low unemployment rate in Japan, wages are actually falling.

In Australia, the unemployment rate is being skewed by a number of longer-run structural factors.

The education and training system means that those who are unemployed do not have the requisite skills for the modern Australia economy.

Rather than hiring unemployed Australians, and thereby reducing the unemployment rate, firms are heavily reliant on imported skilled workers who arrive here via the 457 visa program.

In addition to the obvious social benefits of having a highly skilled population, maximising training and educational attainment should be an uncontroversial policy aim.

Yet the government imposes cuts to trades training, is underfunding school education, ramping up university fees and forcing those who get a degree to pay for it more quickly.

Such policies will leave significant parts of the population short of skills.

It could be that Treasury and the RBA are wrong and that the Australian economy can sustain an unemployment rate at 4 per cent, or lower, if only the right policies were in place to allow the economy to grow more rapidly.

It is clear the government has also given up on reducing unemployment.

Rarely, if ever, do Prime Minister Malcolm Turnbull or Treasurer Scott Morrison talk of unemployment. They speak of “jobs” and “employment” and almost always discuss jobs ‘created’ when looking at the labour market.

This is a deliberate, but dodgy, cop-out.

Look at these facts.

Since the September 2013 election, which the Coalition won convincingly, 701,100 jobs have been ‘created’.

Wow! This appears to be an impressive result that means the government will get reasonably close to its promise to ‘create’ one million jobs in five years.

But this is a statistical fraud and a misguided representation of labour market conditions.

The not-to-be-mentioned unemployment rate is effectively unchanged at 5.65 per cent today, compared with 5.67 per cent at the time of the election.

These labour market trends of rising employment, rising unemployment and a steady unemployment rate have occurred because the working-age population has increased by around 1.1 million since September 2013. In other words, only about two-thirds of the people who have entered the Australian workforce have got a job.

In these circumstances, it is easy to see what the focus of the government is to talk about rising employment, largely a function of population growth, and not unemployment, which has been little changed for many years.

Unemployment in Australia can and should be below five per cent with the right policies.

One only has to look at the wonderful example of Canberra and the Australian Capital Territory.

Over the past 20 years, the unemployment rate in the ACT has been between three and five per cent, and has generally been around 3.5 to 4.5 per cent. If Canberra can do it, so too can the rest of Australia.

To make meaningful and permanent inroads into unemployment in Australia the economy must, as a minimum, register faster economic growth, the workforce must be well trained and educated, wages need to register steady and sustainable increases and be linked to productivity so that consumers can spend and further boost the economy.

It can and should be done.

Stephen Koukoulas is a research fellow at Per Capita, a progressive thinktank.

‘Australia has given up on solving unemployment’