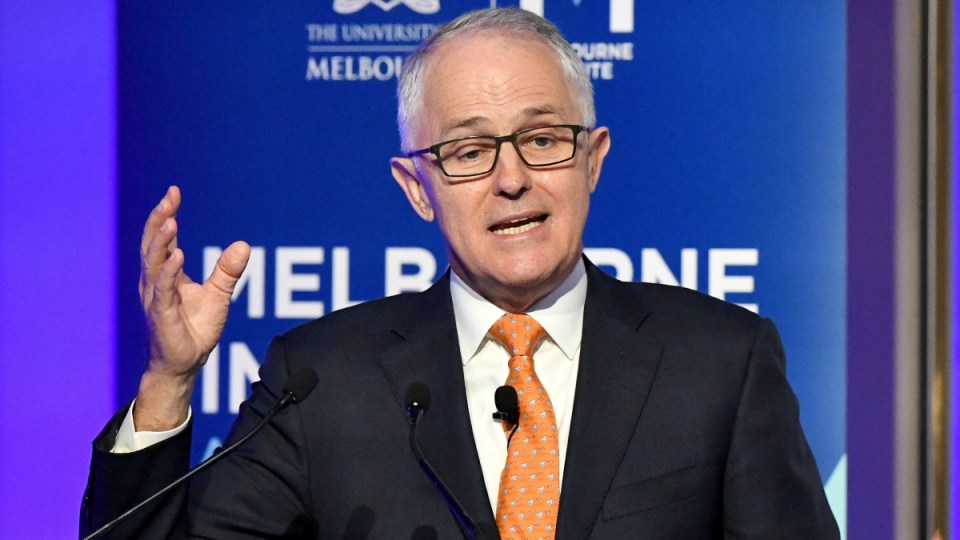 “Monetary policy at the moment remains accommodative, but rates are more likely to go up than down,” the Prime Minister told a major economics conference in Melbourne on Thursday.

Borrowers are eagerly awaiting news on rising rates after the Reserve Bank flagged this week that the ‘new normal’ cash rate is 3.5 per cent – prompting speculation that rates could be hiked eight times in coming years.

Mr Turnbull tried to calm the market by saying: “What they are not saying is that they are going to increase the cash rate to 3.5 per cent next month.”

However, he acknowledged the threat of record-high mortgage debt.

“High levels of indebtedness incurred with low interest rates poses a risk, particularly when it’s built on the assumption of rising asset prices,” he said.

In the minutes of its July policy meeting, the RBA estimated the nominal cash rate will – at some point – be around 200 points above its current level. This would see the cash rate need to rise from the current 1.5 per cent to 3.5 per cent.

Higher interest rates could pose a threat to many Australians who’ve bought into the housing market over recent years thanks to cheap finance, low loan costs and rising house prices.

Interest rates are at all-time lows and the cost of housing at all-time highs. After a brief, possibly seasonal price dip in May and June, price growth has returned this month, with CoreLogic putting annual price growth for the five capital cities at around 9 per cent.

A report by the Grattan Institute recently showed almost 20 per cent of households living in Australia’s fastest growing fringe were under mortgage stress.

These households spend 30 per cent or more of their incomes on mortgages and would be hardest hit if rates were to rise, even by just a few percentage points, the report found.

A report by SP Global Ratings on Tuesday found that the number of home owners more than 30 days behind on their repayments grew from 1.16 per cent in March to 1.21 per cent in April.

Mr Turnbull said it was important for people to remember that house prices go up as well as down. But he said he was confident the housing market was being properly managed.

He said they would examine and reform “the concessions that are no longer fit for purpose”.

Mr Bowen questioned why Australia continued to support negative gearing despite the “need of structural repair of the budget”.

In his speech, Mr Turnbull also touched on issues around income tax, energy policy and Australia uncertain economic future, in what he called “the waning influence from the mining boom”.

He said the government had to “ensure affordability and reliability” in the energy market, an area he said previous state and federal government’s had failed.