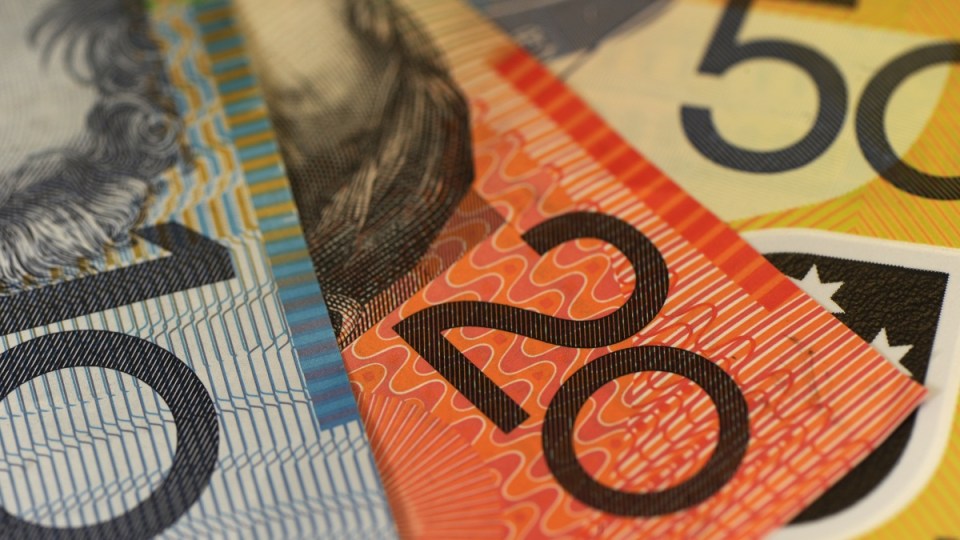 Of all the measures of wellbeing of Australia’s workers and families, one has reliably increased over the decades. That is despite droughts, floods, recessions, changes of government, jobless rises and falls, and housing booms and busts. Until now.

‘Household gross disposable income’ quantifies the cash families and individuals receive from all sources – jobs, investments and other income streams – after taxes and the Medicare levy are paid.

So it is a handy guide to how much national income goes to regular working people. It is measured quarterly by Australia’s statistics bureau in the series on the nation’s finance and wealth.

Since records have been kept, the amount of money Australian families have been free to spend has increased steadily almost every year.

In the past 30 years, there have been only four 12-month periods when money available to spend has declined compared with the previous year.

The first was in the year to December 2002 when Australia – and the world – was whacked by the early 2000s global recession.

The second was the year to December 2009, when all developed economies were in turmoil brought about by the global financial crisis.

Both times, the indicator returned to strong positive growth in the following quarters.

Disturbingly, however, the last two losses of disposable income were in 2015 and 2017, during periods of strong global recovery, robust trade, excellent business revenue and record corporate profits.

There is no obvious explanation for this drop apart, perhaps, from Mr Turnbull’s observation that his predecessor had “not been capable of providing the economic leadership our nation needs”.

The amount Australian families were free to spend declined between January and March to $278.6 billion for the nation overall. That followed a significant fall the quarter before, down from $299 billion to $296.7 billion.

Hence, the decline over six months was a staggering $20.4 billion. That is the largest dollar decline in history and the steepest percentage drop since the 2002 recession.

Quarterly drops are not uncommon, but four quarterly declines in the space of six quarters – which has just happened – certainly is. Outside global recessions, it is unprecedented.

The figures are better interpreted over a full year, and when matched against the number of households.

Allowing for the effects of inflation, earnings peaked in 2011, 2012 and 2013, despite the impact of the global crisis.

Households now, however, are earning about the same as in 2007, towards the end of the Howard years. Since then, of course, executive pay packages, MPs’ salaries, professional incomes and company profits have all risen spectacularly.

The same ABS data showed household net savings increased by a puny $7.69 billion in the March quarter. That is the lowest rise since June 2008.

The total increase in savings for the 12 months to the end of March was just $57.94 billion, the lowest since 2008-09, when the GFC was starting to take its toll.

As The New Daily has regularly reported, wages have been depressed in the past three years, the tax burden has shifted from corporations and high-income professionals to wage and salary earners, and both unemployment and underemployment remain entrenched.

To economists, this shift of income from the poor and middle to the rich is not just a matter of fairness, it is also a serious drag on the economy.

When household disposable income declines, so does revenue in retail, wholesale, cafes and restaurants, entertainment, the arts, tourism and transport.

These are all key areas for jobs and growth – which everyone agrees are the priorities.