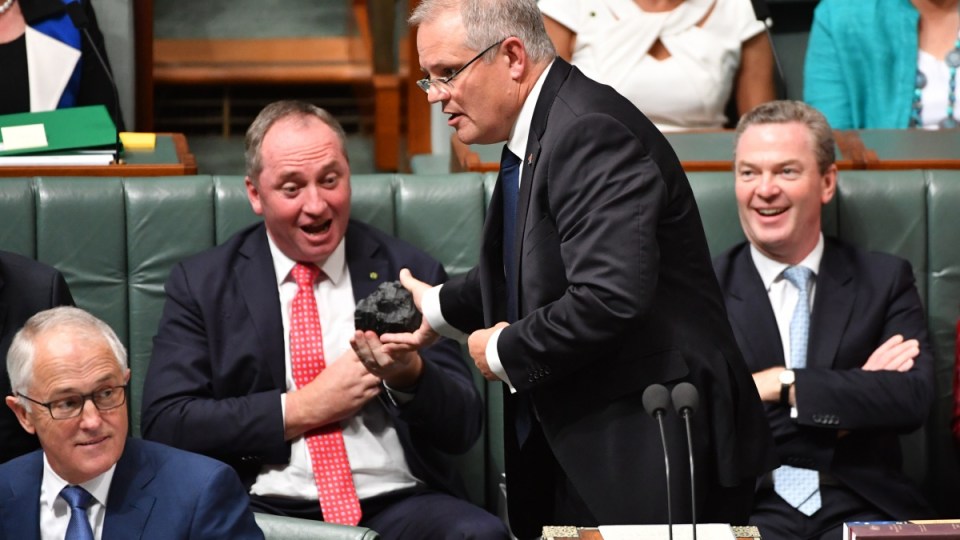 If the Coalition succeeds in using public money to fund new coal-fired power it will constitute a grave subversion of our democracy.

Earlier this week, Prime Minister Malcolm Turnbull capitulated to the right wing of his party by declaring his support for building more coal-fired generators.

Mr Turnbull even used the words “clean coal” in his announcement, even though he must know there is no such thing.

“Clean coal” is a bald lie put about by those heavily invested in coal mining or generation – the same investors who have decided, since Margaret Thatcher’s first speech on global warming in 1989, or our own science minister’s first speech on the issue in 1984, to back a technology with a limited future.

Despite big improvements in high efficiency low emissions (HELE) coal generation, it is still by far the highest emitting technology when put alongside gas or any non-fossil-fuel generation.

Even more disturbing than this falsehood is the increasingly likely prospect that the interests of Australian voters, no matter their political persuasion, are being sold out by this government to the coal lobby.

How do we know this? We don’t need spy cameras or leaked audio recordings.

The evidence that an angry rump of the Coalition is promoting vested interests over voters’ interests was released in black-and-white in chief scientist Alan Finkel’s report two weeks ago.

Before delving into it, it’s worth remembering that Finkel’s blueprint for the energy sector is a moderate, minimum effort approach to meeting our Paris accord commitments – plus, it guarantees that the gradually retiring coal plants remain part of the energy mix until at least 2050.

It is also worth remembering that workers in the La Trobe valley and elsewhere whose jobs have been unexpectedly cut short deserve maximum respect and financial assistance. They too have been put second by global investors.

But back to Finkel. What the report shows clearly is that coal is no longer the cheapest technology to supply base-load power.

It was, until just a year or two ago, but as the chart below shows it has been over-taken by wind power, even after ‘firming costs’ – the cost of buying in back-up power from storage facilities, gas generation, other renewables or even existing coal. That is why energy major AGL has contradicted the PM’s view that new coal should be built. That is why they are investing heavily in renewables, and in a new gas plant in South Australia.

There is no doubt that a year or two of difficult times are ahead – the national energy market needs to be improved to make renewables, peaking and base-load gas plants, and existing coal power stations work together.

But that process has only been harmed by the misrepresentation of last summer’s state-wide blackout in South Australia.

As the Finkel report finds, simple errors caused huge supplies of wind energy to be disconnected from the grid just when they were needed most. It wasn’t a failure in the wind, nor in the technology, but only in badly written NEM regulations.

All of these facts, recorded in the Finkel report, suggest one of two things is driving the Coalition’s pro-coal MPs.

Either they are ignorant of the facts contained in their own government’s report, or they intend to put vested interests ahead of the interests of voters.

Okay then. They need to explain to the electorate why renewables-plus-gas is not a cheaper, cleaner, and reliable means of powering Australia in the years ahead – especially in light of the government’s own gas reservation policy.

The government must tell us the truth.

Do they really believe a new coal-fired generator coal will ever be as cheap, clean and reliable as the alternatives?

And have they sold out voters by making pledges in private to build them?

Coal is now a threat to Australian democracy