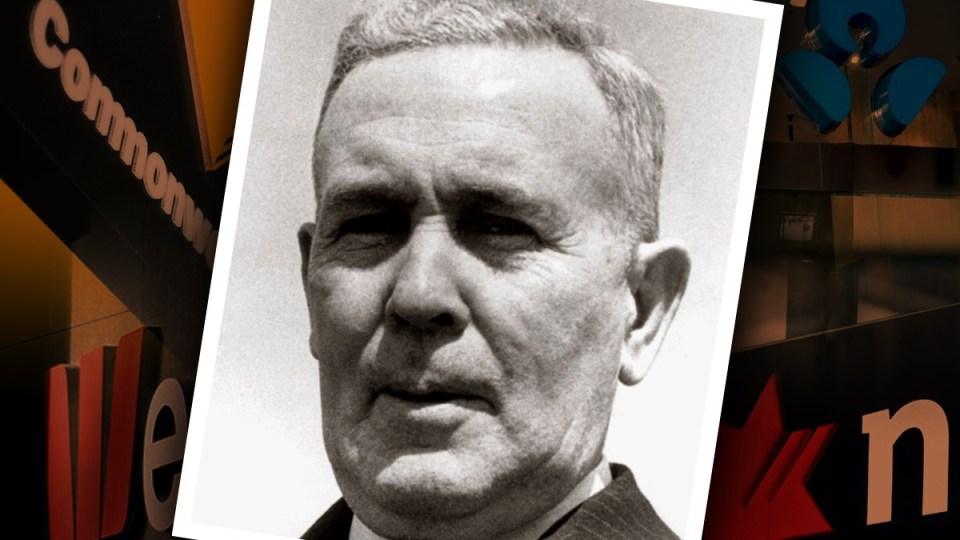 Former PM Ben Chifley botched his attempt to hold the banks to account in the 1940s. Photo: Simon Rankin
longread

The Turnbull government should soon succeed at pushing a $6.2 billion ‘bank levy’ through Parliament, which some critics have derided as tantamount to ‘nationalising’ the big banks.

However, the levy is nothing compared to what Labor tried and failed to do 70 years ago, as Dr Norman Abjorensen details in this edited extract from his book, The Manner of Their Going: Prime Ministerial Exits from Lyne to Abbott.

Avuncular, gravel voiced Ben Chifley knew the vicissitudes of political life as well as anybody, both inside and outside Parliament. A locomotive driver who became heavily involved in union activities and led a strike in 1917 for which he was dismissed, he won the New South Wales seat of Macquarie in 1925 at his second attempt, became Defence Minister in the Scullin government in 1931 only to lose his seat in the election later that year.

Unemployed for a time, he unsuccessfully sought re-election in 1934, and in 1935 the conservative UAP Lyons government thought highly enough of his abilities to appoint him to a Royal Commission on Banking, on which submitted a minority report advocating that the private banks be nationalised.

Trying yet again to re-enter Parliament, he succeeded in 1940 and in 1941 became Treasurer in the Curtin Labor government, effectively serving as Curtin’s right hand man. It became one of the most enduring and effective political partnerships in Australian history, guiding the country through the perils of the war and laying the foundations for an ambitious program of post-war reconstruction. It was no surprise when the Labor caucus elected Chifley to succeed Curtin after his death and the one-week interregnum of Frank Forde.

Chifley led a government, re-elected in 1946, deeply committed to far reaching social reforms, famously invoking the metaphor of the ‘light on the hill’, the idea that the ALP should be about providing ‘better standards of living’ for the ‘mass of the people’. These reforms included a major expansion of welfare services, education and housing, but at the same time economic circumstances necessitated the continuation of a number of wartime economic controls, including the highly unpopular petrol rationing.

Chifley’s long interest in banking and finance saw his government in 1947 proposing legislation to nationalise the private trading banks in what has been described as ‘probably the most controversial move by any Australian government in the history of the Commonwealth’. This was to have the most profound impact on political life in Australia, and unquestionably framed the set of issues around which the 1949 elections were fought.

In any analysis of the reasons for the defeat of the Chifley government in 1949, it is difficult to avoid the bank nationalisation issue: it was poorly handled right from the outset – a terse 42 word statement issued after a Saturday morning Cabinet meeting; it was under-explained and feebly defended; and it sparked a political mobilisation of unprecedented scale.

Cabinet today authorised the Attorney-General, Dr Evatt, and myself to prepare legislation for submission to the Federal Parliamentary Labour Party for the nationalisation of banking other than state banks, with proper protection for shareholders, depositors, borrowers and staff of private banks.

The manner of the announcement, without any attempt at justification, was seen by many as arrogance on Chifley’s part. It delivered to the opposition a ready-made platform from which to attack the government and its ‘socialist’ policies, an attack made even more potent within the context of the emerging Cold War, industrial unrest and the deliberately-fanned fears of Communist subversion.

With Labor enjoying its longest term in office, and with a Labor government having been re-elected for the first time in 1946, it might have gone into the 1949 elections with a degree of confidence based on a substantial record of achievement. But with the mood of the nation now uncertain and with the peculiar circumstances of the elections being fought for the first time for a greatly enlarged Parliament – the House of Representatives up to 123 from 75 and the Senate up to 60 from 36 – a great many unknowns clouded the horizon.

Within days, opposition leader Robert Menzies had organised a public meeting in the Sydney Town Hall and, in a speech, likened the move to “fascism”, saying it was part of “the Chifley pattern” of “coming dictatorship in Australia”.

Chifley might have changed his approach, but a full month passed before he addressed it again publicly, merely reiterating his firm belief that the government must have full control over the economy, especially in times of great economic uncertainty.

In October 1947, Chifley introduced his banking legislation to Parliament, arguing the control of money and credit was too important to be left in the hands of private banks. Government, he said, would be able to guard against both depression and inflation, and “open a long-locked doorway to the development of a monetary and banking system truly adequate to our national requirements and wholly devoted to the service of Australia”.

But before the legislation could be implemented, a challenge by the private banks to the High Court in 1948 was upheld on constitutional grounds and an appeal by the Commonwealth to the Privy Council was dismissed in 1949. In what amounted to another tactical miscalculation, a defiant Chifley retained the invalid acts on the statute books, much to the delight of Labor’s opponents who continued to make capital from it.

In a very real sense, Chifley, the government and Labor never regained the initiative after such an inept start.

The uncertainty was magnified by a range of post-war concerns and expectations that the expansionary 1949 budget brought into sharp focus. The nation was still war weary, tired of austerity and impatient with rationing and controls; people also wanted to spend their accumulated savings on the new household goods starting to appear in stores and the taxation burden was resented.

Further, rising inflation was a problem, with the Consumer Price Index rising by more than 10 per cent in 1949. It was little wonder that Menzies’ pledges to end rationing and ‘put value back in the Pound’ fell on such eagerly receptive ears.

Labor’s enemies, notably the banks and most big business but also including the doctors who objected to subsidised medical care, were organising like never before; in all, they commanded a campaign war chest estimated at ten times that of Labor.

Prominent Catholics, like Archbishop Duhig in Brisbane, also campaigned preaching that a vote for the ‘socialist’ ALP was inconsistent with Catholic doctrines.

The issues of bank nationalisation and medical benefits were not in themselves fatal flaws; indeed, they enjoyed strong support in Labor’s heartland, but the cumulative effect in tandem with the Communist scare acted as a deterrent to many lower middle-class, swinging voters who most likely had voted ALP in 1943 and 1946.

The association of Labor with wartime rationing and controls contrasted sharply with the image of the young, energetic ex-servicemen promoted by the Liberal Party who preached the virtues of free enterprise.

That defeat in 1949 consigned federal Labor to the wilderness for a generation.

How Australia’s banks were almost nationalised