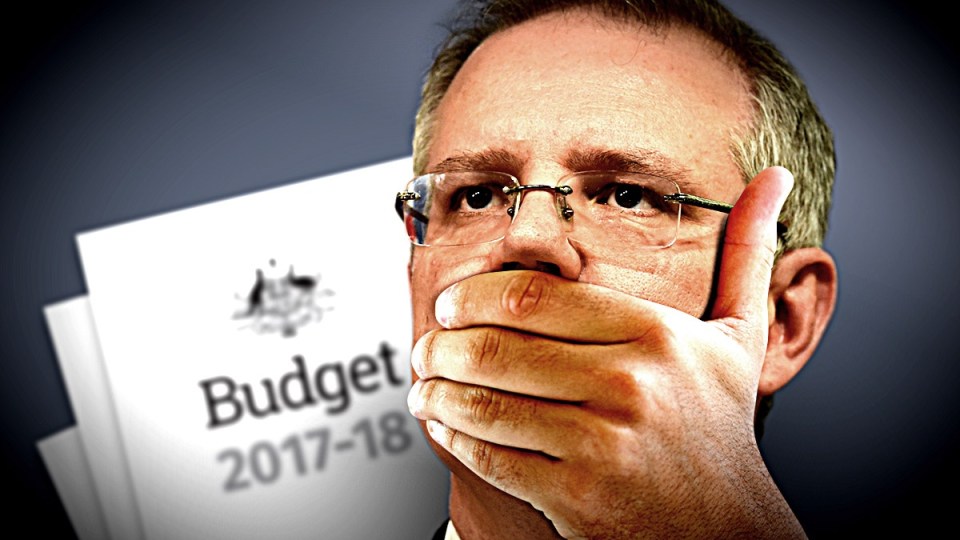 Treasurer Scott Morrison has been accused of attempting to hide the impact of his latest budget on low and middle-income Australians.

Dr Stephen Koukoulas, a leading economist and former Treasury official, said the numbers were probably kept out of the May 9 budget because the combined impact of the Medicare levy hike, lower university debt repayment threshold and other measures don’t “paint a pretty picture for low and middle-income earners”.

“It’s a pity. It should be in there, warts and all,” he told The New Daily.

“When you’re framing your budget, you want it to be fair and equitable. Show it – it’s as simple as that.”

Starting in 2005, the annual ‘Budget Overview’ explained how each budget would impact the finances of various groups of Australians, such as single pensioners and dual-income couples.

Former prime minister Tony Abbott and former treasurer Joe Hockey broke the tradition in 2014 and ever since the Coalition has left the numbers out.

The technical term for the tables erased by the Coalition was ‘hypothetical cameos’. Others have complained about their absence, including the National Foundation for Australian Women.

“Turnbull and Morrison don’t provide the information because it will show they always favour the top end of town at the expense of those who work and struggle,” Dr Chalmers, who holds a PhD in commerce, told The New Daily.

“Cameos show the distributional impacts of key policies and are an important part of the budget so they should be included.”

The ‘cameos’ used to show how the budget would impact ‘real disposable income’, which is how much money households had left over after paying tax and receiving welfare, adjusted for inflation.

They also estimated ‘real net tax threshold’, which is the exact dollar figure of income at which Australians stop being net recipients of welfare and start contributing to the federal budget.

In 2013, the last time the tables were published, they showed that the Australians getting the biggest boost to disposable income between 2007 and 2014 were single pensioners (+26.2 per cent) and pensioner couples (+15.7 per cent).

The ‘losers’ – the group with the tiniest increases in disposable income as a result of government policy tweaks – were single-income couples with children earning 167 per cent of the average wage. They only saw a boost of 5.6 per cent over seven years.

The New Daily asked the office of Treasurer Scott Morrison for comment, but it did not respond.

Dr Chalmers published a white paper earlier this year that suggested improvements to the budget, including the return of hypothetical cameos.