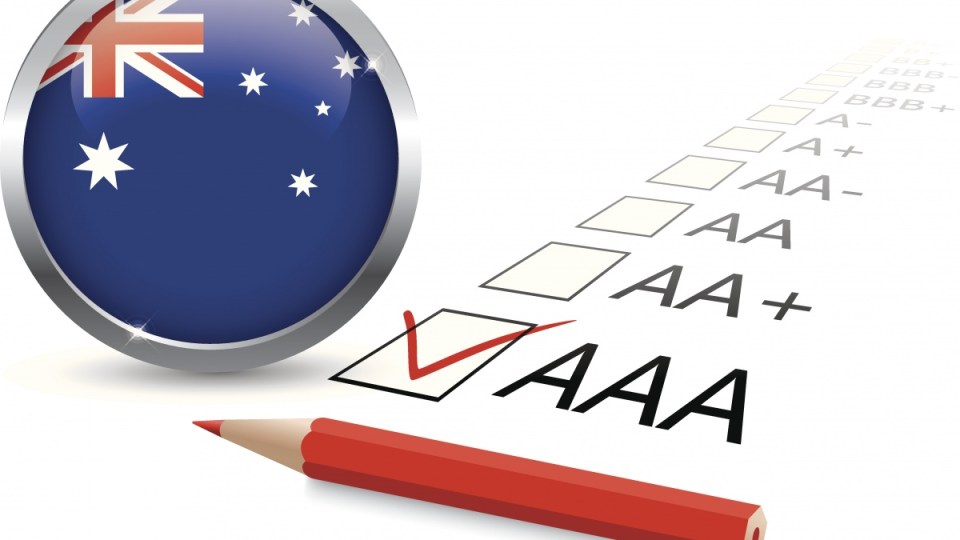 Standard and Poor’s became the last to affirm the rating on Wednesday, eight days after the budget was delivered, although it kept Australia on a negative outlook.

It followed similar statements from Fitch and Moody’s, which have Australia at a more optimistic “stable” outlook.

Many experts had feared the loss of the rating was only a matter of time.

Australia’s sovereign credit rating measures how likely the government is to be able to repay its bond holders on time and in full. Generally, the better the rating, the less interest the government has to pay the big institutions that buy its bonds.

Australia has maintained our AAA credit rating – the dividend of living within our means.

One view is that because many investment firms want Australian bonds, a downgrade wouldn’t force Treasury to lift interest payments by all that much.

Instead, workers could be the ones who get slugged if we ever lose the ‘AAA’. A downgrade would likely force the big banks, which are heavily reliant on foreign capital, to pay higher bond rates.

In the past, Shadow Treasurer Chris Bowen has said a rating downgrade “could smash family budgets by putting up mortgage payments by $720 a year”.