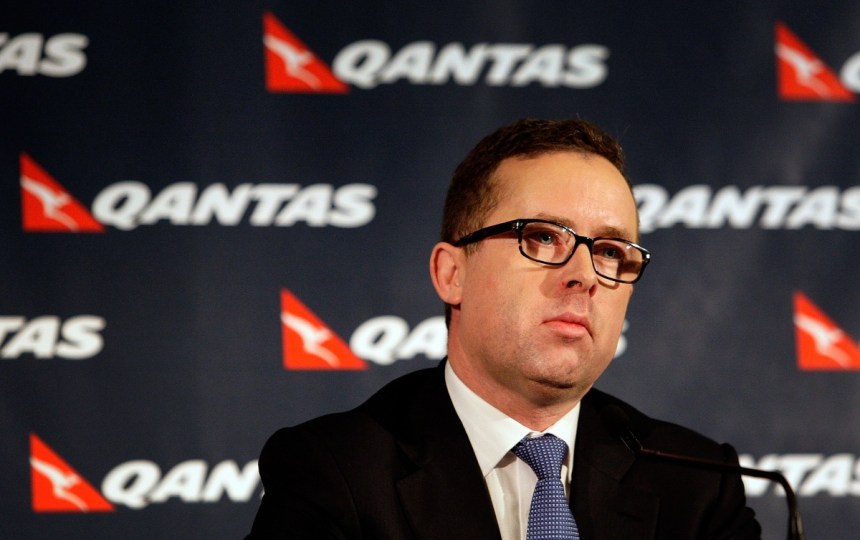 Qantas chief executive Alan Joyce has had a lemon meringue pie thrown at his face during a business breakfast event in Perth.

Mr Joyce was addressing about 500 people at a Business Leadership Matters event at the Hyatt Regency hotel, where he was the keynote speaker.

It is believed the pie was thrown by a man in his 60s wearing a business suit, who walked onto the stage to do so.

Mr Joyce, who had been discussing recently announced direct flights to London from Perth, reportedly walked off-stage to clean himself up after his face and suit were covered in cream.

He then returned to continue his speech without his jacket, joking with the audience about the incident.

“Now, if there are any more pies can you get it over with now?” he said.

Security staff detained the pie-thrower until police arrived to arrest him.

“We can confirm that we responded to an assault, and it’s highly likely that charges would be laid, however it is too early to say what those charges will be,” a police spokesperson said.

He said work was beginning on the terminal upgrades required to facilitate international travel from the domestic side of the airport.

The Perth-to-London flights commence in March 2018.

Mr Joyce said it was the first time a pie had been thrown at him.

“Well I think when you’ve been CEO of an airline for nine years there’s a lot of things that happen over that period of time,” he said.

“This is different but it’s not unusual. It is an unusual event but these things happen.”

Mr Joyce said it was important to let police investigate the incident.

Immigration Minister Peter Dutton tweeted the incident was “a disgrace” and the perpetrator “should be ashamed”.