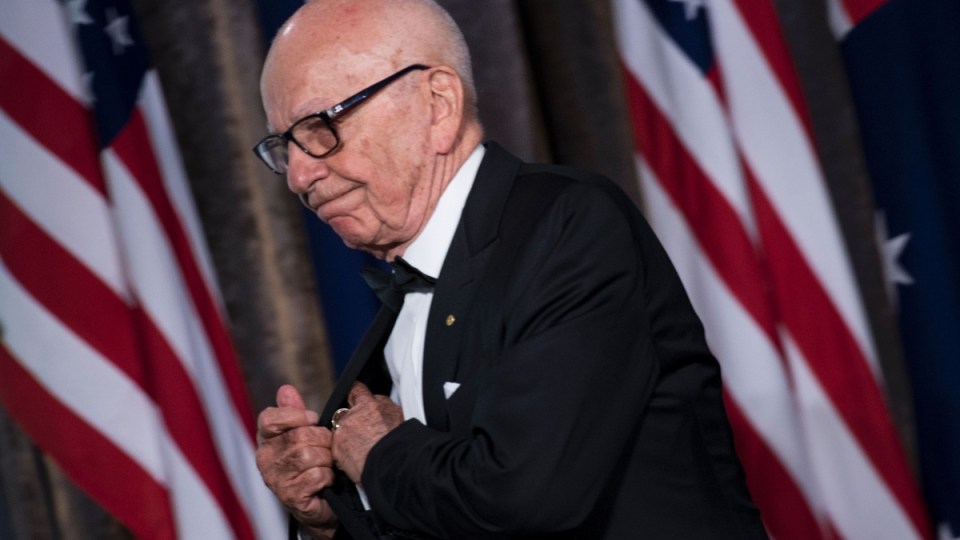 We’ve been here before.

Four decades after buying into Channel Ten – and three decades after having to give it up again to pursue US citizenship – the path finally appears to be clearing for the network to return to the Murdoch family.

Saturday morning’s big media reforms announcement is not the only attempt over the last decade to change the ownership laws. Both Labor and the Liberals have previously tried and failed.

This time though, I suspect they will go through.

With what appears to be consensus from all the key media owners, it would be a politician with little interest in being re-elected who stands against the media moguls’ collective will.

And (with the exception of the Australian taxpayer) the wide-ranging package of reforms leaves almost every commercial media organisation a winner.

No wonder their share prices soared on the ASX when it opened on Monday morning.

It’s just that, as is so often the case, it looks like the interests of the Murdoch family stand to be the biggest winner.

The most straightforward – and cosiest – win for Australia’s commercial broadcasters comes with the abolition of licence fees, replacing them with a charge to use the spectrum.

The changes will see broadcasters (including both TV and radio) paying just a sixth of what they were being charged as recently as 2010.

It’s only seven years since they were paying 9 per cent of annual revenues, which amounted to $282m a year from the TV networks.

Given that the figure the networks will be asked to pay will now be about $40m, that marks a triumph for the broadcasting companies’ lobbyists – and Free TV Australia chairman Harold Mitchell.

And that sounds like quite a bargain to me for the ability to use public airwaves to broadcast to the entire population.

In these times of budget discipline, it would be interesting to know what the government wants in return from the people who broadcast news bulletins to its voters every single day. Although I suspect the answer lies in the question.

The price the TV networks will pay to get the package of reforms through – and presumably neutralise potential crossbench opposition from the likes of Nick Xenophon – is to accept tighter restrictions on gambling advertising, particularly when games are on live.

The principal losers on this will be Nine and Seven, whose NRL and AFL-loving audiences are attractive for the betting advertisers. Ten doesn’t have as much exposure, with its main sport now being Big Bash cricket, which it has been careful to cultivate as a family-friendly environment.

For the last few years, the television industry’s over-reliance on gambling ads has become the tobacco advertising of its time.

In a nutshell, the anti-siphoning list means that free-to-air broadcasters get first dibs on a long list of sports.

There will be some grumbling from the public if they can’t watch Australia play in the Rugby World Cup without paying for it.

And in a move which will mainly hurt SBS, I suspect, international soccer is also likely to mainly move to pay TV. Only Australia’s World Cup games will be protected for free to air. Other international teams won’t automatically be in terrestrial TV any more.

And Socceroos qualifiers played overseas can move to pay TV too.

Also off the list is the English FA Cup Final.

For rugby union, only Tests played in Australia or New Zealand will be protected. And only World Cup games involving Australia, plus the final, will remain guaranteed for free to air.

One-day cricket fans may be discombobulated to discover that internationals involving Australia will only be protected when played at home or in NZ.

And Davis Cup tennis matches played overseas will also be off the list.

Tennis fans may also find themselves paying to watch Wimbledon and the US Open too.

Meanwhile, golf could well disappear from free to air altogether, with the Australia Open, Australian Masters and US Masters all off the protected list.

In motorsports, Bathurst will go, but the Australian F1 Grand Prix will remain.

The crown jewels though – the Olympics, Melbourne Cup, State of Origin, plus NRL and AFL grand finals will all be safe.

And if Fox Sports and Foxtel are the winners here, then free to air TV will lose out on what was sometimes relatively cheap programming.

It will also create a dilemma for sports administrators who will more often face a choice between better exposure for their game on free to air, versus more dollars from pay TV.

There will also be new rules to protect local TV content if (read: when) licences change hands in what is known as a trigger event.

Whether they amount to much in practice remains to be seen, with networks already masters of fulfilling minimal quota obligations in the cheapest possible way.

Which brings me to the big one. The ownership laws.

Currently, the TV networks are only allowed to reach a maximum of 75 per cent of the population. And in any local area, media companies can only be in two out of three of free-to-air TV, radio and newspapers. It’s why the big three – Seven, Nine and Ten – are twinned with regional affiliates including Prime, SCA and WIN.

This is the one that sent share prices soaring on Monday, as the market anticipated a wave of mergers and acquisitions.

The TPG Capital proposal which re-emerged over the weekend may bring about a breakup of Fairfax sooner than you think.

Of key interest are the various investments of News Corp and the Murdoch family – and their involvement with Ten.

While the Australian Competition and Consumer Commission will still have a say in any deal, this would now only be in general terms rather than anything specific to media ownership law.

And it’s hard to think of a deal big enough (with the possible exception of News Corp buying all of Fairfax’s newspapers) to see it blocked.

Here’s my prediction: In the intrigues that lie ahead, News Corp will be the biggest winner. It always is.

Tim Burrowes is the founder and content director of Mumbrella. A longer version of this story can be found here.