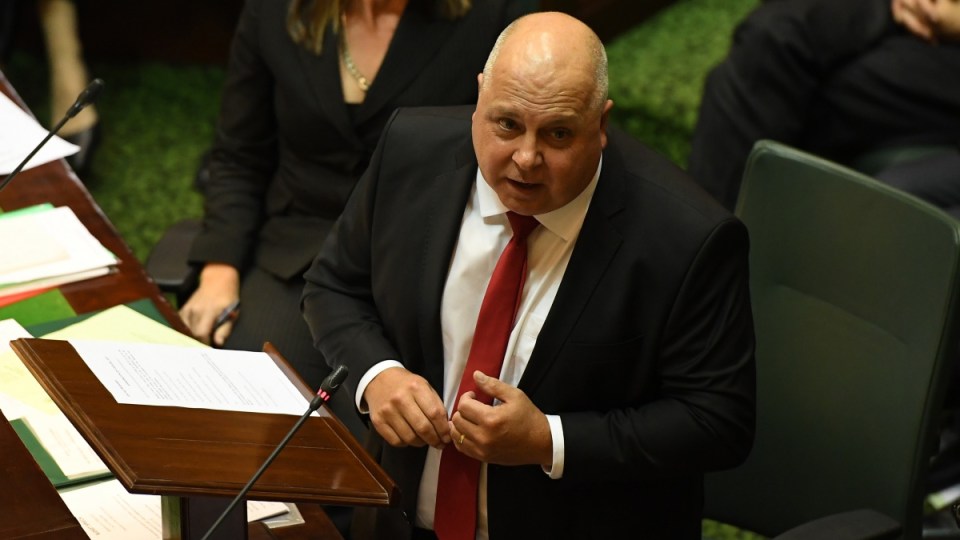 The booming property market in Melbourne is flooding Victoria’s state coffers with cash. Land taxes plus stamp duties now account for more than 38 per cent of Victorian government tax revenue, as revealed in Tuesday’s budget papers.

The state’s 2017-18 budget makes noises about improving housing affordability but it’s worth noting that none of them even aim at actually reducing real prices relative to incomes. What they do instead is attempt to increase the capacity of some groups to afford current prices.

These methods include a stamp duty exemption for first home buyers purchasing properties up to $600,000 and doubling first home buyers grants (to $20,000) for purchases in regional Victoria. Other measures might enable currently inadequate social and affordable housing supply to keep up with population growth.

Doing something real about affordability will reduce government revenues, depriving them of money for schools, hospitals, trains, etc.

The impact of this Faustian bargain is far from evenly distributed. High house price growth tends to benefit those with more than one property, disadvantage those who own none and have an ambiguous but generally less significant impact on those who own a single property.

The biggest beneficiaries though are the banks followed by state governments.

As part of funding this very strong Victorian state budget, many Victorians have to hand over ever increasing amounts of their fortnightly pay to the banks in the form of mortgage payments. We pay more in taxes and even more in mortgages.

Stamp duties on real estate are now the single biggest source of tax revenue for the Victorian government (over $6 billion in 2016/17).

They are also the most inefficient of all the major taxes in Australia’s tax system. They act as a major disincentive to moving house which means many people end up living both in locations and in houses that that don’t suit their needs.

It’s a big decision when moving closer to work or into a smaller house after children leave home could cost you $50,000 in stamp duty. Not only does it create inefficient allocation of housing but it also adds substantially to the cost of purchasing a house, in particular to the amount of cash needed up front to purchase a property.

Unfortunately, stamp duties aren’t alone in presenting state governments with moral dilemmas. Highest on this list is gambling taxes, now bringing in more than $1.8 billion, much of it from problem gamblers. The state government wants to tackle problem gambling but they make so much money from it that they dare not take action that’s too effective.

The second highest tax revenue source, payroll tax, also presents a moral hazard to the state government. Openly acknowledging that payroll tax reduces employment, this year’s budget announced a payroll tax concession for businesses that have 85 per cent or more of their payroll in regional areas. The idea is that this will promote regional employment. Payroll tax currently brings in $5.7 billion in Victoria.

So, we’ve got stamp duties that increase the cost of housing and cause poor use of housing stock, gambling taxes that rely heavily on gambling addiction, payroll taxes that reduce employment and put downward pressure on wages.

Add to this list insurance taxes ($1 billion), which lift the cost of insurance and result in underinsurance for lower income households, and you have a state budget that is highly reliant on taxes that have a damaging effect on the state.

There are two taxes left on the list that make a major contribution to state finances, land tax and motor vehicle tax. The latter has some justification, if poorly targeted. Roads cost a lot of money to build and maintain and there is some justification for making road users pay a larger proportion of the costs. However, poorer households generally have to live in outer suburbs that have poor public transport. This means they cannot avoid car ownership and motor vehicle taxes. Wealthy inner city households can walk, ride or take PT and so have the option not to own a car.

One tax left off the list, land tax. This one has the potential to save the Victorian government from many of its problems. Of all the major Australian taxes examined by federal treasury it is by far the most efficient, actually generating a net economic benefit. A substantial increase in land taxes, and their application to owner occupied housing, would result in a one-off decrease in prices and would then flatten out price growth. It could be used to replace stamp duties, insurance taxes and gambling taxes and the state economy would be far more efficient as a result. Every major review of Australia’s taxation system has recommended greater use of land taxes. With a few rare exceptions though, governments won’t do it.

Land tax’s greatest merit is also its downfall. It makes investing in real estate a lot less profitable and its introduction results in a price drop.

Building wealth by buying houses and sitting on them waiting for capital gains has become something of a national pastime for Australians who have been lucky enough to break into the property market. There are enough of them that risking their ire by actually increasing housing affordability is no-go territory for governments of both stripes.

The ACT government is leading the way out of this impasse with a slow 20-year transition from stamp duties to land taxes. This slow replacement means that the price reductions caused by the land taxes are spread out over many years, making them barely noticeable. At the end of the process the ACT will have a much more efficient tax system than the other states and territories and may be able to begin replacing other inefficient and distorting taxes.

This years budget is a commendable effort with measures to tackle domestic violence, increases in health, education and transport spending and a focus on regional Victoria. Its impressive spending programs are undermined by the damage done in raising the revenue.

This has situation needs to change. We’ve got to stop treating housing as wealth creation and start to treat it as … housing.

Warwick Smith is a research economist with progressive think tank Per Capita.