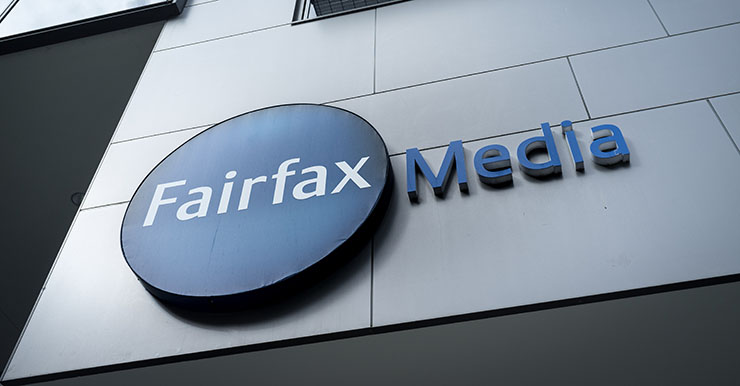 A consortium led by US investor TPG has announced a renewed bid for Fairfax Media. Photo: AAP

Fairfax Media journalists are set to hold stop-work meetings on Thursday to discuss an editorial restructure expected to result in further job losses as the publisher pursues $30 million in cost savings.

Australia’s oldest publisher, Fairfax has begun “consultation” in its newsrooms to implement changes it says will save $30 million a year, including non-staff costs, by 2017/18 and “secure” its metropolitan mastheads for the future.

The major structural overhaul, announced on Wednesday, will affect newsrooms at The Sydney Morning Herald, The Age, Brisbane Times and WAToday, which are understood to have around 500 staff.

Managing director of Fairfax’s Australian Metro Publishing division, Chris Janz, said the proposed changes would turn Fairfax’s publications into “genuine digital businesses with the capabilities and cost base to best operate in the current media environment”.

“The primary focus of Fairfax Media over recent years has been to lay the groundwork for the creation of a sustainable publishing model. We are now within reach of that goal,” Mr Janz said in a statement.

In a five-page letter sent to staff on Wednesday and published by rival News Corp, Fairfax’s senior editorial executives said the company had to make “smart decisions” about which stories it covers as it changes its newsroom into a “digital plus print” state.

“Our goal is to achieve a sustainable, vibrant newsroom based on quality journalism by the middle of the year,” the letter said, without reference to any potential job losses.

The letter said retaining “our highly talented people” and investing in training was critical to the company’s success.

“We are looking for a genuine consultation that draws on the expertise of the editorial floor and ensures any restructure enhances Fairfax core strength – its journalism,” Ms McInerney said in a statement.

Fairfax staff in Sydney, Melbourne and Canberra are scheduled to hold stop-work meetings on Thursday at lunchtime to discuss the publishers’ plans.

In his statement, Mr Janz also committed Fairfax to print publishing “for many years”, saying it would remain part of the company’s mix “so long as our newspapers have an audience and advertisers”.

In coming months, the company will introduce a new “fully responsive site design” for the Brisbane Times, with The Age, the SMH and WAToday sites to follow.

Fairfax, like the wider media industry, has cut thousands of staff in recent years, amid falling print circulation and advertising revenue.
Fairfax cut 120 editorial jobs last year, which saved around $15 million, and 1900 jobs in 2012 under its major ‘Fairfax of the Future’ restructuring program, which saw the closure of printing presses.

In February, Fairfax reported an interim net profit of $83.7 million, up three-fold from a year earlier on the back of lower impairment charges.

The restructuring announcement comes less than two months after Fairfax confirmed it was conducting a strategic review of its prized Domain real estate listing business, with a possible float by the end of 2017.