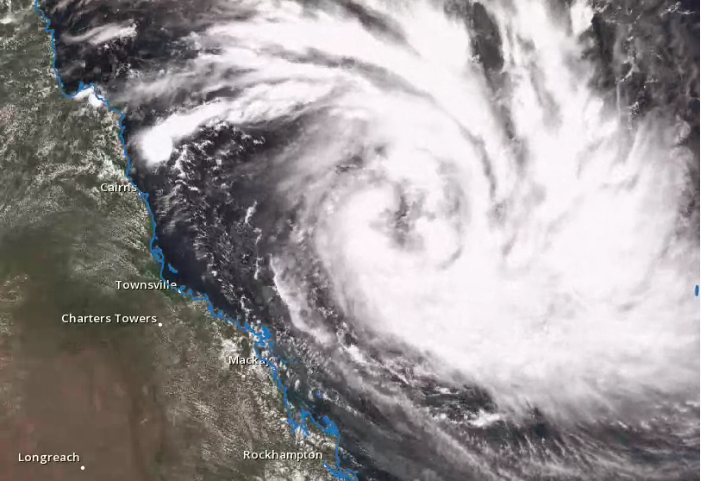 Northern Queenslanders have been warned to expect a gradual but potentially significant rise in insurance premiums over the coming months, following the devastation of Cyclone Debbie.

It dropped to a category two on Wednesday, the storm continuing to cause wind gusts of up to 275 kilometres per hour, leading to major flash floods, 63,000 households without power and widespread property damage.

Not only is the cyclone expected to soon cause a hike in fruit and vegetable prices, but it may also push up insurance premiums.

A 2014 Australian Government Actuary report found an 80 per cent increase in insurance premiums in Northern Queensland from 2005 to 2013, far above the increases in Brisbane, Sydney and Melbourne, which it blamed on Cyclone Larry in 2005-06, the Mackay storms in 2007-08 and Cyclone Yasi in 2010-11.

Market research firm Canstar’s research manager Mitch Watson told The New Daily this may be a sign of what is to come for Northern Queensland in the months ahead of Cyclone Debbie. Other regions, such as Brisbane and Sydney, may also see a slight increase in insurance premiums but are likely to “not be as noticeable” as in the regions most affected by the cyclone.

“The impacts of Cyclone Debbie will not be immediately affecting home insurance premiums. They’re not going to change overnight,” Mr Watson said.

“If there is an increase to insurance premiums due to Cyclone Debbie they will start to flow through over the coming months and year. The extent of this will depend on the amount of claims on the back of the cyclone and the degree of the claims.

“It is important for all Australians when receiving their insurance renewal notice to review their policy, the new premium and whether it is still meeting their needs and is competitively priced.

“When reviewing terms and conditions place close attention to likely impacts on your property; for example, what the level of cover and conditions are relating to cyclones, storms and flooding if you were to be living in an area prone to those events.” The difference is even greater when compared to other states such as Victoria, South Australia and Tasmania.

Mr Fuller said it was “too early” to assess an accurate picture of the damage caused by Cyclone Debbie.

He said any changes to premiums were commercial matters for individual companies.

“More claims are likely to be lodged over coming days as policyholders return to inspect their homes and businesses,” he said.

“Access for insurers to affected areas remains limited, though some insurers are using innovative methods to inspect damage, including the use of drones.

“Insurers are monitoring the impact of storms and heavy rain from south-east Queensland as far as Sydney as the remnants of Debbie moves south.”