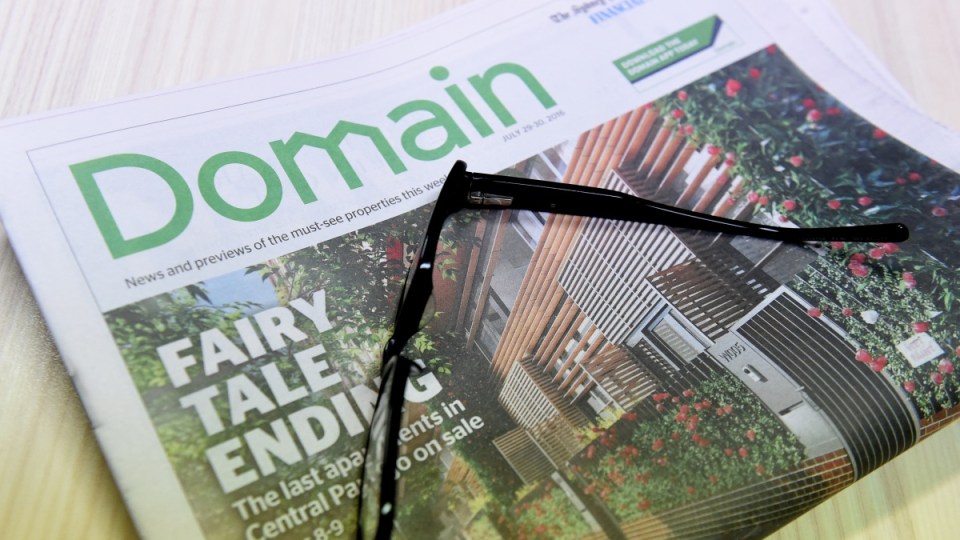 Domain has written down some assets. Photo: AAP
analysis

It is a vile and scurrilous accusation that during Greg Hywood’s time as chairman of Tourism Victoria, the Twelve Apostles became eight. The last of the iconic limestone stacks to collapse was in 2005, just before Hywood arrived.

It is a damn good gag though, and fits well with the narrative of a chief executive who, in his next job, presided over the demise of Australia’s greatest newspaper mastheads.

These – The Sydney Morning Herald, The Age and The Australian Financial Review – are but a shadow of their former selves and Tuesday’s foreshadowing of a spin-off of Fairfax Media’s Domain business will merely expedite the decline.

Like the Twelve Apostles, the Fairfax asset base is shrinking. It should be said, in Greg Hywood’s defence, that newspapers were in serious structural decline during his stewardship, globally, and he simply managed this decline. There was more, however, which might have been done to save journalism and buttress the cache of the venerable Fairfax brand. 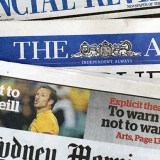 Fairfax moves to spin off stake in Domain property business 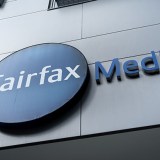 On Wednesday the media company announced it would split Domain into a separate company but retain up to 70 per cent of the shares, and shareholders would receive shares, but no new capital would be raised*.

From a corporate, rather than a journalistic perspective, the deal is likely to be welcomed and ought to boost the share options of company executives.

Yet there are some fancy share market valuations being ascribed to Domain. Yes, it has been growing 15 per cent at the profit line and almost 10 per cent in revenue terms but it trades on a mighty earnings multiple.

Analysts tend to ascribe the sort of valuation to Domain which its larger rival in the property ads space, News Corp’s realestate.com.au, enjoyed at the same point in its growth trajectory.

Interest rates are close to their nadir in a 30-year cycle so it may be a good time to flog this thing. And Domain is sheltered quite nicely by the desire of its customers, the real estate agents, not to be squeezed by one dominant player, but to deal with two parties which compete on price.

For public interest however, for mainstream journalism, the sale of Domain represents another nail in the coffin.

The recent management shake-up has pushed transactional company types to the fore over robust editors and journalists. The product strength of Fairfax had always been that its journalists pretty much ran the place and, unlike arch-rival News Limited, mostly refused to bend to the corporate will and the agenda of company executives and directors. That era is well and truly over now. The editorial leadership is feeble, full of ambitious, untalented types whose KPIs (Key Performance Indicators) include incentives to get rid of their own staff.

Morale is poor and editorial authority has vanished in a morass of clickbait. It is too late now to reverse the slide.

There are many who cheer on the demise of mainstream media. In an ideal world it would be good to have the present surge of social media, the democratisation of media, alongside a robust mainstream press which could stand up to the legal threats of powerful vested interests.

That is not the case. Quality press is now niche, even within the decaying media houses of the mainstream.

The other corporate deal being discussed by Fairfax management is a tie-up with the Nine Network. Commercial TV is also under severe financial pressure thanks to the internet and there is not much room in the market for the commercial networks (as well as the two state-run stations).

As businesses, as assets, TV and press are not particularly compatible, or “synergistic”. In a merger, the main cost savings would come from eliminating one of two head offices and the concomitant heavy costs of plush executive and director salaries. This too, however, is the key impediment as neither the Nine bosses nor those at Fairfax will feel especially compelled to write the corporate script for their own obsolescence.

* This article has been updated to reflect new information about Fairfax’s plans for Domain.