Richard Werner, the German professor famous for inventing the term ‘quantitative easing’, says the world is finally waking up to the fact that “banks create money out of nothing” – but warns this realisation has given rise to a new “Orwellian” threat.

In an exclusive interview with The New Daily, Professor Werner says the recent campaigns around the world, including in India and Australia, to get rid of cash are coordinated attempts by central bankers to monopolise money creation.

“This sudden global talk by the usual suspects about the ‘need to get rid of cash’, ostensibly to fight tax evasion etc, has been so coordinated that it cannot but be part of another plan by central bankers, this time to stay in charge of any emerging reform agenda, by trying to control, and themselves run, the ‘opposition’,” he says.

“Essentially, the Bank of England and others are saying: okay, we admit it, you guys were right, banks create money out of nothing. So now we need to make sure that you guys will not be able to set the agenda of what happens in terms of reforms.”

Professor Werner (pronounced ‘Verner’), currently the Chair of International Banking at the University of Southampton, is one of the first academics in the world to bring attention to the fact that banks loan money into existence. He has been arguing this for more than two decades, and has published several papers on the subject.

The old theory, taught in high school economics classes and to university undergrads, is that banks receive deposits and loan out of a percentage of that money, while keeping some in reserve. 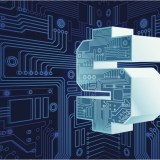 The new laws, fees and regulations that will affect you in 2017 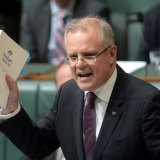 Mr Morrison’s fantastic surplus, and where to find it

The truth, according to Professor Werner, is closer to the following: A bank receives $100 from a depositor, keeps that $100 in reserve, and then creates $9900 worth of new loans and deposits. It may also create $15,000 in new deposits through its lending.

This is a rough approximation. The main point is that the banks do not lend existing money, but add to deposits and the money supply when they ‘lend’. And when those loans are repaid, money is removed from circulation.

Thus, the supply of money is constantly being expanded and contracted by banks – which may explain why the ‘credit crunch’ of the global financial crisis was so devastating. Banks weren’t lending, so there was a shortage of money.

By some estimates, the banks create upwards of 97 per cent of money, in the form of electronic funds stored in online accounts. Banknotes and coins? They are just tokens of value, printed to represent the money already created by banks.

This theory is now widely accepted as fact. In 2014, the Bank of England published a bulletin confirming it is its official position.

Mervyn King, former Bank of England governor, explains the process – and its dangers – in his 2016 book, The Alchemy of Money.

“During the 20th century, governments allowed the creation of money to become the byproduct of the process of credit creation. Most money today is created by private sector institutions – banks. This is the most serious fault-line in the management of money in our societies today,” Baron King writes.

He goes on: “Banks are part of our daily life. Most of us use them regularly, either to obtain cash, pay bills or take out loans. But banks are also dangerous. They are at the heart of the alchemy of our financial system. Banks are the main source of money creation. They create deposits as a byproduct of making loans to risky borrowers. Those deposits are used as money.”

Journalistic writers like Felix Martin have also tried their hand at explaining the magic of money creation.

In Money: The Unauthorised Biography, first published in 2013, Mr Martin explains that “almost all of [a bank’s] assets are nothing but promises to pay, and almost all its liabilities likewise”.

In effect, a deposit at a bank is a promise to pay you, the customer, and a home loan is a promise by you to pay the bank. By balancing when these promises are likely to come due, a bank can effectively create money by juggling all the balls in the air at once. Only a fraction will ever be demanded in cash at any one time, but all of the debts can be used as money.

This is what Mr Martin calls “the essence of the banker’s art”. He writes: “It is nothing more than ensuring the synchronisation, in the aggregate, of incoming and outgoing payments due on his assets and liabilities.”

Professor Werner is pleased the world is waking up to the truth of how money is created, but is very displeased with what he sees as the central bankers’ reaction: the death of cash and the rise of central bank-controlled digital currency.

This will further centralise what he describes as the “already excessive and unaccountable powers” of centrals banks, which he argues has been responsible for the bulk of the more than 100 banking crises and boom-bust cycles in the past half-century.

“To appear active reformers, they will push the agenda to get rid of bank credit creation. This suits them anyway, as long as they can fix the policy recommendation of any such reform, to be … that the central banks should be the sole issuers of money.”

The professor also fears the global push for ‘basic income’, which is being trialled in parts of Europe and widely discussed in the media, will form part of the central bankers’ attempt to kill off cash.

‘Basic income’ is a popular idea that can be traced back to Sydney and Beatrice Webb, founders of the London School of Economics. It proposes we abolish all welfare payments and replace them with a single ‘basic income’ that everyone, from billionaires to unemployed single mothers, receives.

Either we accept the digital currency issued by central banks, or we miss out on basic income payments. That is Professor Werner’s theory of what might happen.

His solution to this “Orwellian” future is decentralisation, in the form of lots of non-profit community banks, as exist in his native Germany.

“We need to push for the opposite of this massive and Orwellian increase in centralisation, by decentralising money power. Hence the creation of community banks across countries, operated and controlled locally, accountable to local communities, and not-for-profit.

“The best working example is Germany, where for the past almost 200 years about 70 per cent of banking has been in the hands of not-for-profit community banks.”

Professor Werner’s predictions have been right before. He invented the term ‘quantitative easing’ in a 1995 paper, in which he argued that struggling economies could boost GDP by using their central banks to relieve commercial banks of their bad debts, thus freeing them to make new loans (i.e. new money).

The US followed his definition the closest. The Federal Reserve purchased non-performing assets from banks, and the economy is recovering.

Japan and the Eurozone did virtually the opposite. Instead of buying bad debts, their central banks bought corporate bonds and other financial assets. This, he argues, explains why Europe and Japan have remained mired in recession.

We can only hope his “Orwellian” prediction of central bank control is less accurate.