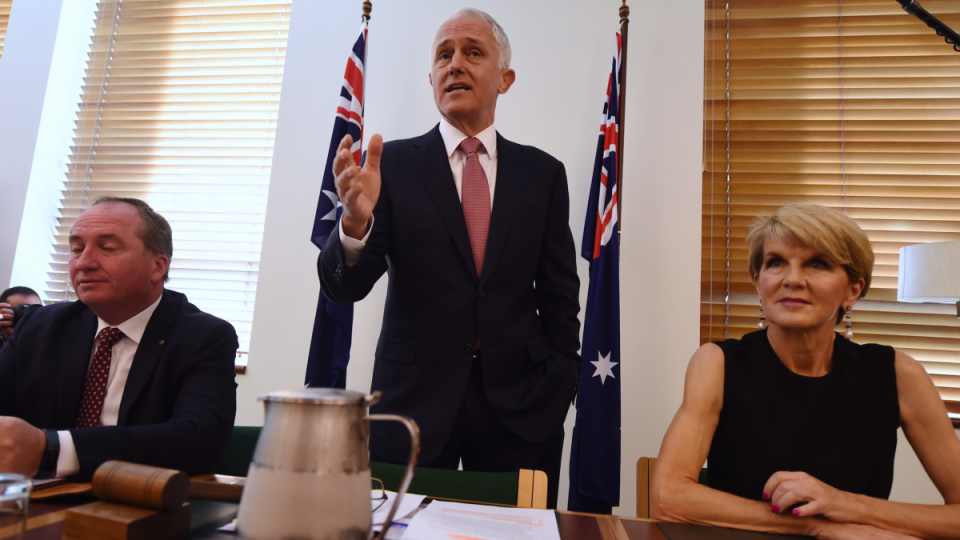 This situation is the result of some tricky political manoeuvring.

The Greens are resolved not to vote for the Australian Building and Construction Commission (ABCC) legislation – Mr Turnbull’s No.1 reason for calling a double dissolution election in September.

However, they think fellow crossbencher senators from One Nation and the Nick Xenophon Team are waving through the ABCC bills without demanding enough other concessions along the way.

So the Greens are proposing two changes: firstly, a requirement that construction work covered by the ABCC must use 90 per cent Australia steel; and secondly, that jobs on such projects be advertised locally before foreign workers are brought in to do them. 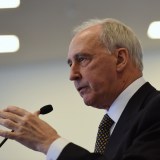 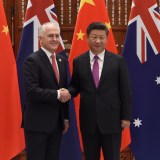 G20: PM warns ‘protectionism is the road to poverty’

It’s hard to see how both the minor parties can reject those plans. Pauline Hanson’s One Nation in particular has gained huge support by championing protectionist measures to protect local jobs.

An affront to Liberals

If those amendments are passed, Mr Turnbull will be even more unpopular with the ‘economic drys’ in the Liberal Party, who are deeply committed to trade liberalisation and free markets.

While the National Party is historically more comfortable with protectionism, many of the Liberal drys attend meetings of a group set up to lobby against it – the so-called ‘Society of Modest Members’.

The drys will now be aware, however, that the political ruptures seen in the UK Brexit vote and Trump election have made the dirty word ‘protectionism’ almost a virtue for some voters.

The ABCC legislation at the heart of this stoush is, according to the Coalition, designed to stop two things: unions from using their bargaining power to push up labour costs, and the big construction firms using their market power to push up the cost of the building contracts overall.

Conversely, Labor sees the ABCC – which it abolished in government – as nothing more than a union-bashing exercise designed to erode workers’ wages and conditions over time.

Whichever view you take, the ABCC is not expected to increase the cost of building projects – the hospitals, schools, roads and railways for which taxpayers pay.

However, the amendments being moved in the Senate by the Greens would.

So why even consider those ideas, if they’re likely to cost taxpayers more?

The answer lies in a more holistic view of the economy.

On the issue of steel, Senator Nick Xenophon and others have argued that it makes strategic sense to retain our steel industry.

In any future periods of regional conflict, for instance, we can go on building the things we need using Australian iron ore and coking coal.

A second issue is that ‘free’ trade in steel is often subverted. In recent years China has frequently got away with ‘dumping’ cheap steel into numerous markets, including Australia – that is, selling a glut at uncompetitively low prices.

On the issues of foreign workers, taxpayers can potentially save money on large construction projects if plentiful 457 visa workers are brought into the country to work on them.

However, supplanted local workers can’t just be shipped off to another country. If they can’t find work, taxpayers still have to fund their welfare payments, retraining, or in large pockets on unemployment, on policing and punishing higher crime activity.

Likewise, accounting for ‘expensive’ local workers usually leaves out the benefits of having a highly trained and skilled workforce.

It costs money to train up the next generation of electricians, mechanics, fitters and turners and a host of other trades – but not doing so is a path to a low-skill workforce.

The drys might not like it, but if Mr Turnbull does end up having to back protectionism to get the ABCC laws through, they should keep one non-economic factor in mind.

The pro-protection voters who have already backed One Nation and the Nick Xenophon Team are mad as hell, and still “deserting” the Coalition “in droves”.