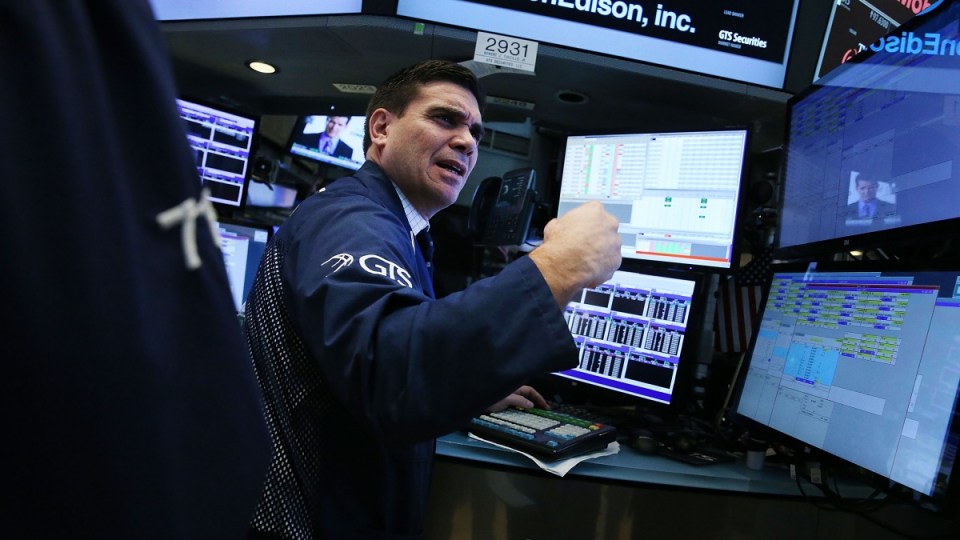 The Dow is a widely-quoted index on the New York Stock Exchange. Photo: Getty

The Dow Jones may have hit 19,000 for the first time ever, but we shouldn’t be misled by this “magic” number, an economic has warned.

On Tuesday, New York time, the Dow Jones Industrial Average closed (at the usual time of 4pm) at precisely 19,023.87 points, the highest close in its 129-year history.

The winning streak continued into Wednesday and Thursday, and was the continuation of an upward trend ever since Donald Trump’s shock win on November 8.

People love to fixate on “magic numbers” like 100 runs in cricket or 19,000 points in the market, but a wise investor looks beyond them, Curtin University economics professor Robert Durand said.

“Really, the level of the Dow Jones isn’t so important. It’s the returns that led to it,” Prof Durand told The New Daily.

“You’re going to get these 19,000 figures in the normal course of events. It doesn’t mean returns have been super good, because they haven’t. It just means, through the passage of time, we’ve reached a number that sounds good.” 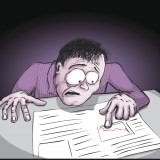 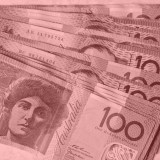 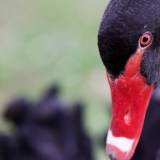 The Dow Jones Industrial Average is one of three major share indices on Wall Street. It is the oldest, and perhaps the most widely quoted.

It is named after former Wall Street Journal editor Charles Dow and statistician Edward Jones, who teamed up to calculate it for the first time in 1896.

The Dow is a price-weighted average of 30 blue chip stocks listed on the New York Stock Exchange, whose movements are supposed to show the direction of the exchange as a whole.

When you hear words like “crash”, “rally”, “week of carnage” or “record high” used to describe US stocks, the report is probably based wholly or in part on movements in the Dow.

Many reports this week made a big deal of the Dow passing the psychological barrier of 19,000, without putting it in context.

It’s like when you read that the national debt grew by $20 billion dollars this year, without a mention of debt as a percentage of GDP; or that the economy created 20,000 jobs, with no mention of the unemployment rate.

As Prof Durand said, breaking the 19,000 barrier was simply a matter of time, as the historical chart below reflects.

But … a good reminder of passivity

However misleading, the Dow Jones record is a good reminder of the power of passive investing, according to Prof Durand.

“One great thing about the index is, it’s the benchmark for passive investment. It turns out, the average captured by the index actually beats most active investors.”

The finance expert was referring to decades of academic research proving that for many reasons — including human psychological flaws, as well as the attrition of fees — it is very hard for active traders to consistently outperform a diversified index like the Dow.

A popular form of passive investing is buying Exchange Trade Funds (ETFs). Many of these ETFs track indexes like the Dow, and thus may offer diversity and long-term returns better than active trading (with low fees).

An example is the SPDR Dow Jones Industrial Average ETF, which attempts to track the Dow, before expenses.

So, should we actively pick stocks, or passively track indexes? “Guess what I do,” Prof Durand said, with a laugh.

The other two widely-quoted US indexes are the Standard and Poor’s 500 (‘S&P 500’) and the Nasdaq Composite (‘Nasdaq’), which also broke closing records this week.

Economist Saul Eslake told The New Daily the S&P 500 is a “better” indicator because it is weighted by market capitalisation (like our own ASX 200), whereas the Dow is weighted by share price.

Mr Eslake gave the example of Australian publicly-listed companies BHP and Fortescue. If both these companies were included in the Dow Jones index, a $1 increase in both their share prices would impact the index equally, despite BHP being 10 times the size.

And because the S&P covers 500 companies, far more than the Dow’s 30, it is a better benchmark for the US market as a whole, Mr Eslake said.

The S&P may also be superior to the Nasdaq. This index is technology-heavy, and tracks riskier and some non-US companies, making it more volatile and less indicative of the entire market.