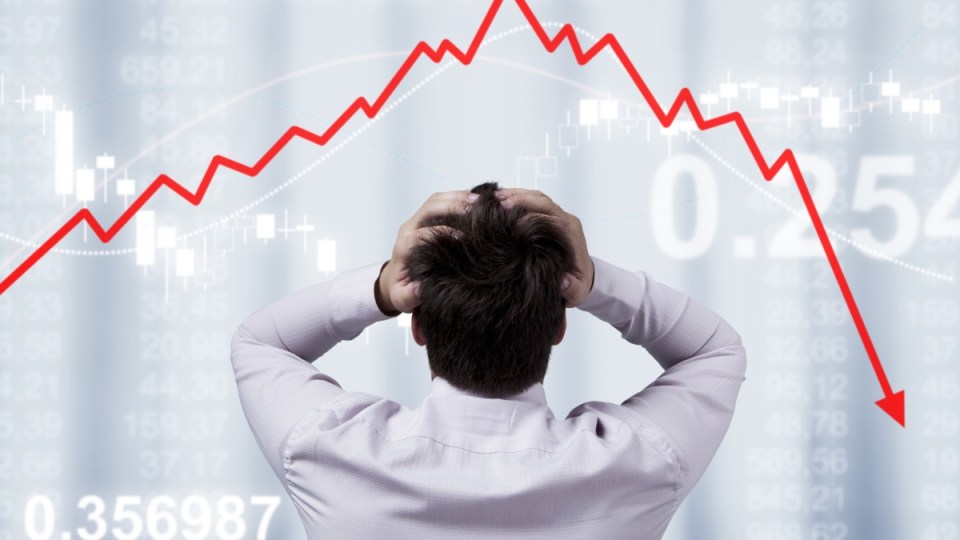 Donald Trump has pledged to bring back jobs, but would almost certainly bring back recession. Photo: Getty
analysis

This week’s narrowing in the polls between Donald Trump and Hillary Clinton sent tremors through financial markets, as traders reassessed their long-held assumption that the Republican candidate couldn’t win.

What many observers have not yet understood is that a Trump ‘shock’ would be quite unlike the Brexit turmoil in June – and not just because the US is the world’s largest economy.

No, the real reason ‘Trumpageddon’ would be so different is that it would launch an enormous political experiment upon the world, just as another great economic experiment is reaching its crucial end-point.

That other experiment began after the 1987 Wall Street meltdown, when the US Federal Reserve chairman Alan Greenspan started propping up each subsequent downturn by cutting interest rates to the bone.

It was called the ‘Greenspan put’ – ‘put’ being a financial security that guarantees the price of an asset. 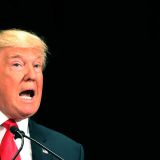 Clinton would hurt Turnbull’s plan, but Trump would wreck it 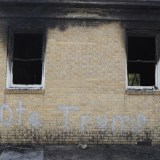 That all came to a horrible end when the credit bubble Mr Greenspan had helped create burst in 2008.

That brought a wave of bank bailouts, which in turn created a ‘sovereign debt’ crisis as governments struggled with the debt they’d shifted onto their books.

And through it all, central banks around the world tried a new version of the Greenspan put – an ongoing effort to stimulate demand by making lending as cheap as possible.

That has involved ultra-low rates, and in some cases using ‘made-up’ money to buy assets such as government bonds – so-called ‘quantitative easing’.

All of this was supposed to get the embers of economic activity to glow again, and eventually to re-light the flames of growth.

The plan was to eventually cancel out the made-up money by selling bonds back to the governments who’d issued them, and to start raising interest rates to slowly deflate the debt and asset bubbles they had created internationally.

But there is a problem, and Donald Trump is more a symptom of that problem rather than its cause.

Mr Trump’s great skill is in channeling the rage of voters scarred by the GFC – workers who lost their careers, retirees who lost their life savings or just everyday voters who saw Wall Street traders ruin lives and escape without any penalties at all.

In a democracy, those voters deserve a voice. But Mr Trump is doing that by offering them policy solutions that are mostly nonsensical.

Even if the kind of radical plans Mr Trump is suggesting did deserve to be tried, now could not be a worse time to do so.

Just this week, the Federal Reserve gave its strongest signal yet that it would raise interest rates at its December meeting – its second increase since the GFC, and a sign that it believes growth and job creation are returning.

Within a week of that signal, however, we could see the election of Mr Trump who has promised two enormous, radical and reckless economic policies.

The first is to launch a trade war against China, Mexico and just about everyone else by introducing import tariffs of up to 45 per cent.

The second is to explicitly interfere with the setting of interest rates and other activities of the Federal Reserve central banking system.

Economist Saul Eslake tells me his US sources are confident that Mr Trump could achieve both through presidential ‘executive order’ powers – and hence could not be stopped by Congress.

But even one of those enormous changes would throw the current US recovery off track and see colossal amounts of capital flowing into, or out of, asset classes.

The US dollar would most likely rise as ‘safe haven’ money moved back to the US – even with the prospect of a deep US recession.

And the big losers would be in emerging markets. For instance, corporations across Asia that have borrowed heavily in US dollars would be on their knees.

Money would be ripped out of Australia too, not to mention the knock-on effect a trade war would have on our commodity exports. If China can no longer sell into the US, it would need less of the raw materials it buys from Australia.

Given his stated policies, a Trump victory at the best of times would be very dangerous.

But coming at the end of a never-before-tried, eight-year monetary policy experiment – and one that is just starting to have its desired effect – the market carnage and human cost in the real economy would be staggering.

Why this is the worst possible time for a Trump win