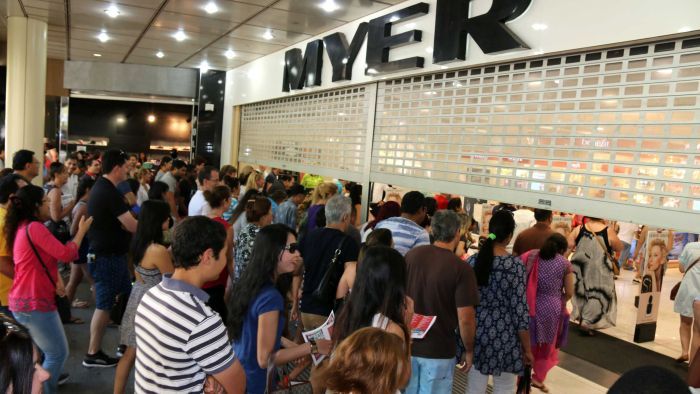 The International Monetary Fund has warned that Australian households are on a potentially dangerous debt binge in the wake of the global financial crisis.

The wakeup call comes as the IMF puts global public and private debt levels at $US152 trillion ($199 trillion), putting some advanced economies now at greater risk in the event of another crisis.

“Private debt has continued to accumulate at a fast pace, notably Australia, Canada and Singapore,”the IMF warns in its latest Fiscal Monitor.

The IMF says although private debt is starting to “retrench”, public debt has increased by 25 per cent of GDP from 2008 to 2015.

The IMF’s head of fiscal affairs Vitor Gaspar is concerned that excessive private debt — or a debt overhang — leaves the world exposed.

“At $US152 trillion, global debt is at record highs and constitutes one of the most important headwinds against growth in the global economy,” Mr Gaspar told reporters in Washington.

“When there’s a build-up of private debt, the likelihood of a financial crisis is higher and financial recessions are more costly and prolonged than normal recessions.”

The IMF’s warning comes with interest rates and borrowing costs at record lows, and many Australian households feeling better off given greater equity in their homes.

But the IMF said history shows that it is easy to underestimate the risks of debt while in good economic times.

, which it sees as systemically important, and has warned China’s high corporate debt levels could end in a disorderly deleveraging of debt.

“If the corporate debt problem in China is left unaddressed it will have significant consequences in China and increases the risks of a hard landing,” said Mr Gaspar.

“The Chinese authorities are well aware of these challenges.

“They have the means to address them by supporting growth and lowering the risks to financial stability.”

The IMF has also suggested that government guarantees and tax incentives like negative gearing, especially those introduced to firewall banks during the global financial crisis, should be reviewed.

It is also warning that some government balance sheets might not be as resilient as they appear, which was the case during the lead-up to the crisis in 2008.