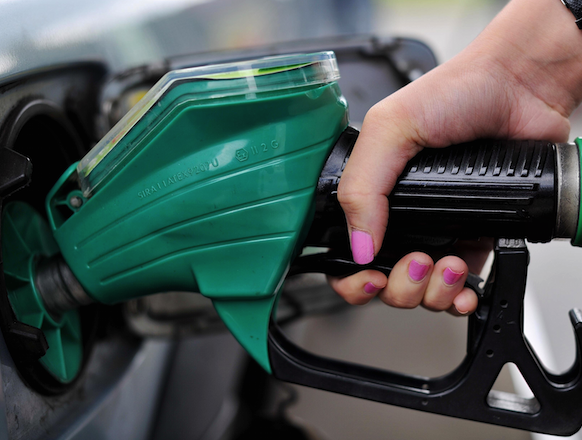 Wednesday’s soft inflation data was not what we should have hoped for, but nor was it much of a surprise as the economy continues its difficult transition away from the resources-boom era.

Consumer prices rose just 1 per cent in the year to June 30, which the Bureau of Statistics cheerfully pointed out was the lowest annual result in 16 years. Not good.

As if that wasn’t bad enough, continuing turmoil in oil markets helped keep the headline figure artificially high – if petrol prices hadn’t shot up 5.9 per cent over the quarter, we’d be seeing an overall inflation number less than 1 per cent.

The ‘trimmed mean’ figure, which excludes all unusually volatile items, was unchanged from the last quarterly report – for the 12 months to the end of June it was 1.7 per cent, and therefore still below the RBA’s target of 2 to 3 per cent.

Does this mean an RBA rate cut?

What this is telling us is that the post-mining boom transition remains fragile, and the Reserve Bank’s record low interest rates are not encouraging enough borrowing and consumption – except, of course, in the over-inflated property market.

Strangely, when the weak inflation result was released traders changed their expectations for next week’s RBA meeting – from a 60 per cent chance of a cut to a 50 per cent chance.

That may reflect uncertainty over a rebound in oil prices in the year ahead. If they rise and put upward pressure on inflation, the Reserve Bank may end up wishing it had sat on its hands.

The rise in petrol prices was slightly offset by a fall in the cost of vehicles – together these two items make up the ‘transport’ category measured by the ABS, and which is broadly equal to the amount households spend on food and drink.

That’s worth keeping in mind, because every dollar saved at the bowser in the past year is a dollar that could be spent on consumption or used to pay down the nation’s world-beating levels of private debt.

While the last three months saw that spike in petrol prices, global crude oil prices have fallen in past days.

A number of disruptions to major oil-producing nations such as Canada, Libya and Nigeria have been sorted out, so many analysts expect the extra supply to keep prices low into next year.

That said, some analysts think prices will rise from $US42 a barrel at present to above $US50 by year end, and around $70 a barrel within 12 months. We shall see.

What we do know is that the combination of low petrol prices and low mortgage interest rates are giving household budgets some relief – and it’s what they do with those extra dollars that is all important.

Households that have borrowed up to the eyeballs – and bank managers tell me horror stories about households with pyramids of credit cards and lines of mortgage credit – should be using this period to deleverage as much as possible.

They’d be mad not to, because when petrol prices finally do move permanently higher, and global borrowing costs increase and flow through to the mortgage market, some household budgets will be smashed.

The irony is, wealthier and less indebted households need to spend more – increased domestic consumption is needed boost growth and the inflation figures.

But how is that to be achieved?

Retirees, many of whom were shown by last week’s HILDA survey to be doing better than working-age families, can help – take a domestic holiday, eat some wonderful local foods and wash it all down with some Aussie wine. Go on!

The government must also play its part. As I have indicated in a number of recent articles, stimulating demand through public spending is not desirable, but it’s increasingly necessary.

Treasurer Scott Morrison, for instance, is raising $6 billion in extra revenue over four years from the wealthiest 4 per cent of Australians through superannuation tax reforms.

The governments will use that revenue to keep employing more education and health workers than the Abbott government’s first budget intended, and those employees will continue to spend those wages and keep inflation from falling through the floor.

It’s not beautiful, but it works – and better health and education outcomes are the beneficial side effects.

The sluggish inflation figures are a reminder of how delicate the domestic economy is.

But they should also be taken as a reminder of the important role public spending will play in kick-starting growth and getting the nation through this transition.