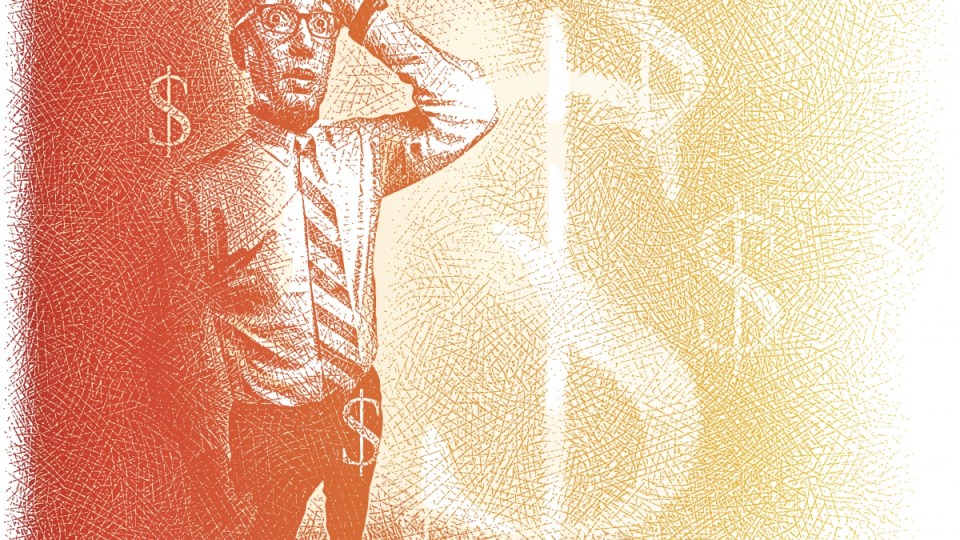 The bank-led review of their own practices currently underway is “absolutely ridiculous” and tantamount to making a criminal his own “judge, jury and executioner”.

Those are the views of Dr Andy Schmulow, a South African advocate (equivalent to a barrister) who is now a senior lecturer at the University of Western Australia. He has served as a senior policy advisor to Australia’s prudential regulator, and as a researcher at the Centre for International Finance and Regulation.

In response to a string of scandals, the banking industry is currently subjecting itself to a wide-ranging investigation: the McPhee review of new consumer protections, which delivered its first report last week; the Khoury review of the industry’s voluntary code of practice; and the Sedgwick review of banker remuneration.

“This is a slap in the face to all of the people who’ve been defrauded by our banks.”
Dr Andy Schmulow

Dr Schmulow rubbished the supposed independence and usefulness of the process, saying the “buffet of reports” proved the need for a bank royal commission.

He criticised the review as a “fat lot of good”, a case of “headless chickens running around going, ‘quickly we need a report!'”, likened it to “sprinting on a hamster’s wheel” and placed it “somewhere between a public relations exercise and something that is absolutely, incontrovertibly doomed to fail”.

A spokesman for the Australian Bankers’ Association (ABA) defended the independence of the review process, saying its “size and complexity” necessitated the appointment of three experts.

“All appointments are independent and have been chosen on merit and expertise,” ABA chief executive Steven Münchenberg said in a statement provided to The New Daily.

“Independent reviews provide all stakeholders the opportunity to put their views to someone independent of the industry. They also mean the industry will need to respond publicly to the review recommendations.”

The most recent appointment, former public servant Stephen Sedgwick, will review product sales commissions and product-based payments that, according to the ABA, “could lead to poor customer outcomes”.

This has prompted debate about what reforms to remuneration are necessary. It is an industry norm for customer-facing employees at banks to receive commissions and bonuses for recommending financial products.

Dr Schmulow said it was a “verifiable fact” this system needed reform: “When you have two competing compulsions, the one is money and the other is being a good citizen, money always wins.”

He also criticised the vertical integration of financial planners within banks as a “catastrophe” for the entire nation.

Both Dr Schmulow and another academic, University of Technology Sydney’s Rosalie Degabriele, recommended that the banking industry follow the lead of industry superannuation funds.

Industry funds employ financial advisors who generally charge between $1000 and $3000 for holistic superannuation advice, and between $200 and $500 for piece-by-piece advice, instead of commissions and bonuses.

“It’s black and white, so there are no trailing commissions, there is no incentive bonuses and it’s all very direct. And there’s no doubt that the banks really need to be on exactly the same footing,” Ms Degabriele, an expert on banking, finance and superannuation, told The New Daily.

Dr Schmulow said there is a far more insidious problem than remuneration: the banks are unafraid of the “weak”, “feckless”, and “timid” regulators.

APRA is responsible for ensuring the stability of Australia’s financial system, and ASIC for ensuring good market conduct and consumer protection.

Dr Schmulow accused both of having a far too cosy relationship with the banks, including a “revolving door” of employees moving between the big four and the regulator that is “unhealthy, corrosive, toxic”, and of failing to hold them accountable.

Dr Schmulow made a submission in 2014 to the government’s financial system inquiry (the Murray inquiry) recommending the creation of an expert board to evaluate the performance of ASIC and APRA. It was adopted as recommendation 27 of the inquiry’s report – but was blocked by the Abbott government.

A spokesman for the Australian Bankers’ Association said: “The industry supports the increase of funding for ASIC as a strong and heathy regulator helps ensure a strong and healthy economy.”

ASIC and APRA did not respond to invitations to comment.

The New Daily is owned by industry superannuation funds.

‘The banks have slapped all Australians in the face’