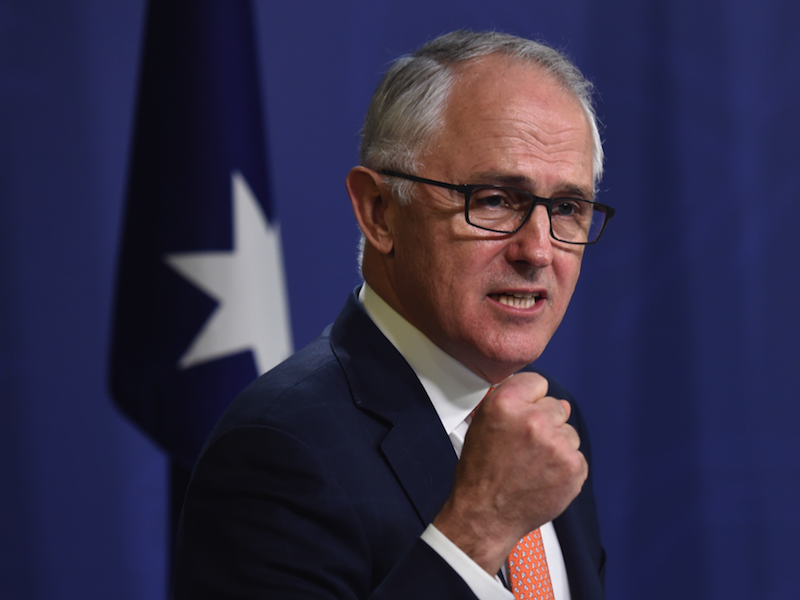 Prime Minister Malcolm Turnbull will have an opportunity to stamp his authority on his re-elected government when the issue of superannuation reform is debated in the party room next Monday.

His super reforms are forecast to cancel around $6 billion of tax hand-backs to higher-income Australians, at a time when the budget is under extreme pressure.

It’s not only balancing the budget that is at issue. Fiscal policy is being called on around the world to nurture economic growth, because low interest rates have failed to generate enough borrowing, investment and growth. Australia is no different.

In that context, continuing with the most generous ‘tax expenditures’ set up by the Howard-Costello government threatens both the budget bottom line and economic growth itself.

A PM under pressure

The Prime Minister’s problem is that a group on the far-right of the party room want to scale back the reforms.

Those agitating against the reforms – notably Tasmanian senator Eric Abetz – will reportedly be challenged at Monday’s meeting to find savings to offset any loss of tax revenue.

But isn’t that what the same hard-right thinkers want? More cuts to health and education spending perhaps, or more belt-tightening for the 2.3 million workers who are unemployed or under-employed?

Such a development would be disastrous at this moment in history.

Yes, the budget needs shoring up to keep Australia’s credit rating as healthy as possible (though not necessarily at a triple-A rating), but 2016-17 is precisely the wrong time to strip yet more ‘public demand’ from an economy in which private demand is so shaky.

Once again, the Liberal Party finds itself in a battle between moral reasoning and economic management.

Mr Abetz has given voice to the moral argument, telling Sky News: “Whilst I was campaigning, somebody came up to me who will be affected by some of our changes, who had worked as a cleaner all their life and had just worked and scrimped and saved, and felt he had been badly dudded by our changes.

“We have to ensure that it is fair, it is targeted and we don’t scare people away from saving and looking after themselves into the future.”

That kind of moral appeal only works if we ignore the wider economy.

While the ‘cleaner’ in question may have been able to put aside $500,000 in additional super savings since 2007 – the date from which the new lifetime cap on concessional contributions begins – most Australians could only dream of such top-ups.

The Association of Superannuation Funds of Australia (ASFA) estimates that the average super balance at retirement is $292,510 for men and $138,154 for women.

Retirees with such balances are eligible for a pension or part-pension, which cuts out altogether if they have assets (excluding the family home) of $790,000 for an individual, or $1.2 million for a couple.

If Mr Abetz is worried about incentivising people to reach these thresholds, the Turnbull reforms are still more than generous.

The income stream from retirement balances of up to $1.6 million per person is still tax free, and most Australians simply don’t have the means to make $500,000 in concessional contributions over their working lives.

As the budget itself noted: “Individuals can currently make non-concessional contributions of $180,000 per year (or $540,000 every three years for individuals under 65). These generous annual caps are currently used for estate planning because they provide wealthy individuals with the opportunity to contribute large sums to the concessionally taxed superannuation environment every year.”

As for the complaint that the $500,000 cap is ‘retrospective’, News Corp journalist Malcolm Farr hit the nail on the head this week by comparing that change to reductions in family tax benefit.

Both major parties have agreed to some FTB cuts, but Farr argues that they are every bit as retrospective as the super changes.

That’s because the Howard-Costello government, which created the family tax benefit system, urged families to have more kids – “one for mum, one for dad and one for Australia”.

But as Farr points out, “there doesn’t seem to be much hand-wringing going on” for the families who took that advice.

Tax concessions are an important part of a fair, productive tax system – and there are many that target small-business startups, innovation, research and development, taking up private healthcare and so on.

In each case, the concession is made because the net effect to the economy, and to everyday workers and business owners, is positive.

It’s breathtaking that the Howard-Costello super tax concessions lasted as long as they did, with no credible policy objective other than to help the wealthy push more of the tax burden back onto the less wealthy.

That’s why Mr Turnbull must play hard-ball at Monday’s meeting. If he does, it will be his first step to becoming a genuinely reforming Prime Minister.