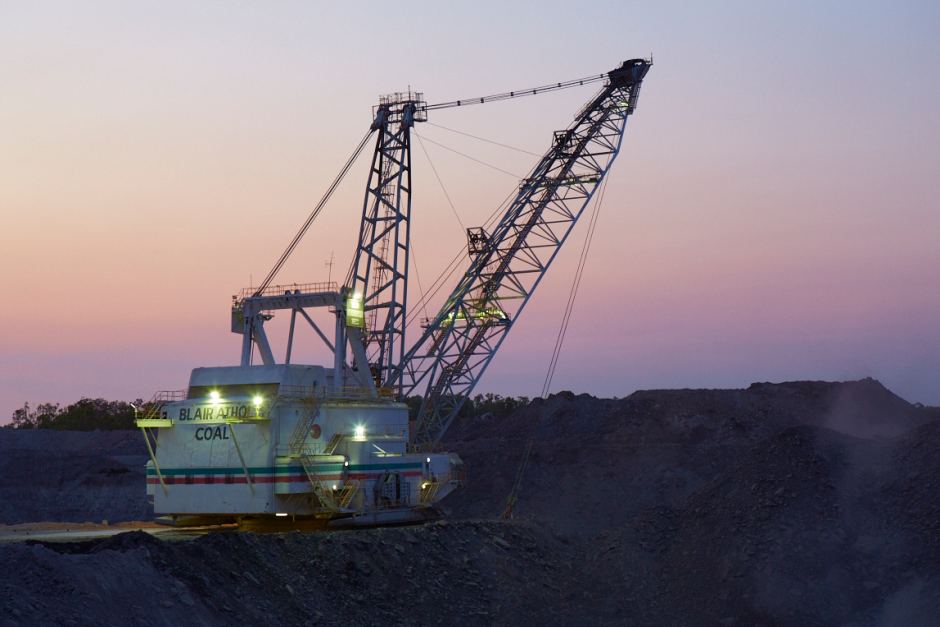 The Queensland government is being urged to block the sale of one of the state’s largest coal mines, which is on the table for just $1.

For $1, TerraCom would get the Blair Athol mining lease, land, plant and equipment.

The deal would also see $80 million in financial assurance held by Rio Tinto and its partners for the environmental rehabilitation of the site transferred to TerraCom.

Rio Tinto said the deal was “subject to the execution of a binding sale and purchase agreement and approvals from [its] Joint Venture participants and the Queensland government”.

Rick Humphries of the anti-mining group Lock the Gate Alliance said Rio Tinto was trying to get the liability “off its books”.

“This is about Rio Tinto selling to a junior … but really putting all the risk back on the Queensland taxpayer now and for future generations,” he said.

TerraCom’s Australian headquarters is a weatherboard house near Wollongong, and analyst Tim Buckley from the Institute for Energy Economics and Financial Analysis describes the company as a “loss-making minnow”.

“They’ve got $150 million of debt and they’ve been losing money for the past couple of years,” he said.

“They’ve been in financial distress and that’s why their share price is down 99 per cent in the last five years.”

In a statement to the ABC, TerraCom said it “has the financial capability to operate the mine”, adding that more than 100 jobs would be created and 2 million tonnes of coal produced annually.

The company said a junior miner, such as itself, operating on a smaller scale “with lower cost structures – even at current coal prices – would be able to mine the last remaining coal [at Blair Athol] at a profitable level”.

But Mr Buckley warned the proposed deal could leave Queensland taxpayers exposed to tens of millions of dollars in environmental rehabilitation costs.

“External estimates from experts that I have spoken to suggest the mine site rehabilitation could cost $100 [million], $200 [million], $300 million and take decades to do,” he said.

“From Rio’s perspective, to pay $80 million to avoid paying a $300 million liability is an easy bet. It’s a very sensible move if Rio can get away with it.”

Rio Tinto told the ABC the $80 million for rehabilitation was determined “as appropriate by the Queensland government in November 2015”.

Mr Humphries once worked at Rio Tinto in a corporate role overseeing global standards, including mine site rehabilitation.

He said the $80 million bond was not enough to cover the remediation of Blair Athol.

“The number I saw while I was at Rio – and I’m not at liberty to give you the details – but it’s more than double what the government currently holds as the [financial assurance],” Mr Humphries said.

One of the company’s directors is former state Labor minister Craig Wallace, while former Townsville mayor and Labor candidate Tony Mooney is the company’s general manager of stakeholder relations.

“When the Queensland government – being a Labor government – is considering this, they [will] need to be absolutely fully transparent on their assessment,” Mr Humphries said.

The Department of Natural Resources and Mines said it was yet to receive the details of the proposed $1 deal.

“Applications for a mining lease transfer are required to satisfy the Department of Natural Resources and Mines that the proponent holds both the financial and technical capability to operate the mine,” said the office of the Minister Anthony Lynham.

“Ongoing rehabilitation and the potential re-opening of [Blair Athol] will be welcome in central Queensland for the jobs and business opportunities it could create locally.”

Calls to block $1 sale of massive Queensland coal mine