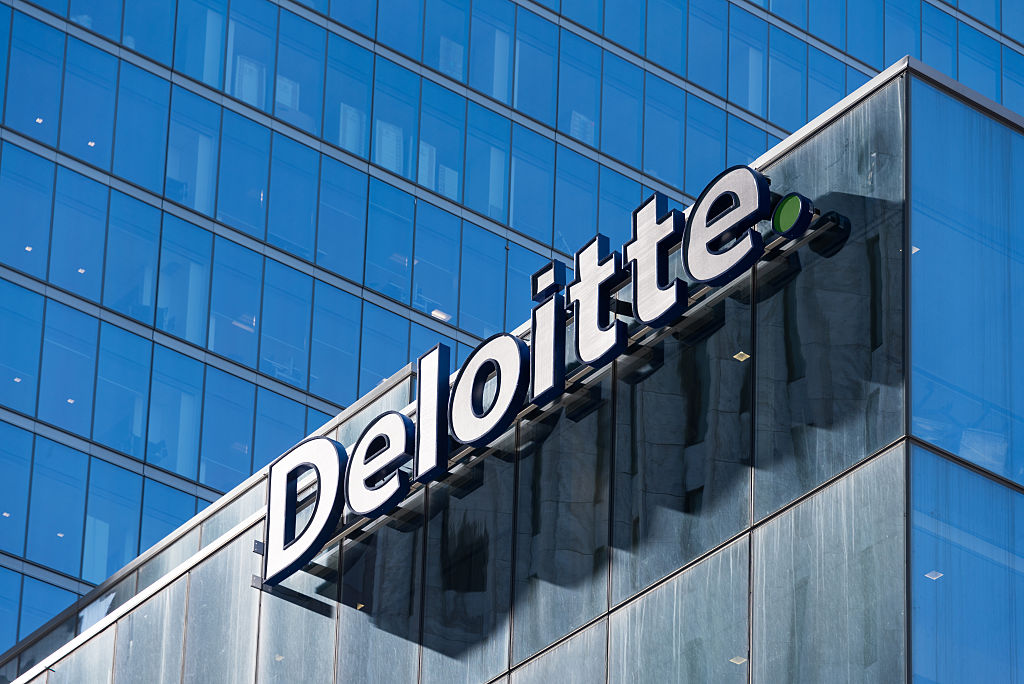 Deloitte predicts the budget will have a brief brush with surplus before moving back into a modest deficit.

The “Big Four” global accounting firms – PwC, Deloitte, KPMG and Ernst & Young – are the masterminds of multinational tax avoidance and the architects of tax schemes which cost governments and their taxpayers an estimated $US1 trillion a year, according to an Australian taxation expert.

The controversial new claims have been made by George Rozvany, Australia’s most published author on transfer pricing, one of the principal ways in which large corporations pursue cross-border tax avoidance.

Although presenting as “the guardians of commerce”, Mr Rozvany believes those firms are largely unregulated and unaccountable and have infiltrated governments at every level. To counter the global reach of those firms, he now advocates for them to be broken up.

Mr Rozvany says the Big Four have strayed from their original role of verifying the accuracy of financial accounts to become “accountants of fortune” who “develop aggressive international tax avoidance practices”.

The calls for a break-up come as Australian politicians look for ways to fight tax avoidance by multinational corporations like News Corp, Google and Apple.

Mr Rozvany stepped down last year as head of tax in Australia for the world’s biggest insurance company, Allianz. Formerly, he was an insider at Ernst & Young, PwC and Arthur Anderson.

“This is not a victimless crime,” he says. “While Western governments have been cutting back their aid to the most underprivileged in society, from the homeless to orphaned children in Africa, multinational companies have been diverting ever larger profits into tax havens.”

“The global community must also recognise the links between aggressive taxation behaviour, money laundering, corruption, organised crime and terrorism, of which the Brussels bombings and 9/11 are chilling reminders.

“This, unquestionably, is the financial sewer of humanity where the purpose for such money, no matter how malevolent, is simply hidden until used,” Mr Rozvany, who is writing a series of books on corporate tax ethics, says.

While the Big Four piously advise governments on tax reform, Mr Rozvany argues they are also busy advising their multinational clients how to avoid paying tax.

“They are both architect and engineer,” says Mr Rozvany. “They sell the (tax avoidance) schemes to the multinationals, and in the case of the LuxLeaks scandal, they arranged the deals in secret with government, to the detriment of all other sovereign nations and their taxpayers.”

The sheer size and power of the major audit firms presents a unique dilemma for regulators. Just four entities, housed in opaque partnership structures with joint insurance arrangements, audit 98 per cent of corporations with turnover of $US1 billion or more.

This year, the combined income of the Big Four will surpass $US130 billion. They employ more than 800,000 staff worldwide. KPMG has a Luxembourg office designed for 1600 staff in a country of just 550,000 people, which Mr Rozvany describes as a telling metric.

“This is the equivalent of a US office with a staff of more than one million,” Mr Rozvany says.

In support of his thesis of this untenable rise in private power, he points to the string of global tax frauds and scandals which have engulfed the audit firms; from the $US11 billion KPMG tax shelter scandal and the LuxLeaks debacle (which is likely to involve all four firms) to the more recent Panama Papers imbroglio.

All four major audit firms were approached for comment for this story. All four declined the opportunity to discuss the Rozvany claims in person. Detailed questions were also put by email but these too were declined.

Over the past four years, rising community awareness has made multinational tax avoidance a big political issue. In Australia, press revelations about the tax affairs of Google, Apple, eBay, News Corp, Chevron, Glencore and the pharmaceutical giants, among many others, led to the establishment of the Senate Inquiry into Corporate Tax Avoidance.

The upshot has been increased scrutiny of the tax affairs of multinationals, targeted investigations into some of the major culprits and finally reform. In Australia that reform came in the guise of last year’s amendments to the Tax Act requiring better disclosure by both wealthy private companies and multinationals.

Yet still the spotlight has barely fallen on the firms Mr Rozvany would characterise as the main facilitators.

Although, on two separate occasions, two representatives from each of the Big Four firms have appeared before the Senate Inquiry to explain their involvement in aggressive tax planning, and although their performance under examination was unconvincing, coverage in mainstream media was scant.

The firms claimed to be in support of transparency, as this was important to building public trust in the accounting profession. When asked, however, about the accounting practices of their multinational clients during the November 2015 hearings in Sydney, the Big Four representatives were far from transparent.

Asked why at least 20 of their top multinational clients had switched from general purpose accounts to special purpose accounts, resulting in fewer financial disclosures and lower transparency, they could not answer. They were tax partners, they said, not audit partners.

As Inquiry observer and University of NSW accounting expert Jeffrey Knapp described it, the assurances of the Big Four on accountability and transparency are not matched by their actions.

When asked by this reporter before the Inquiry why their clients were switching en masse to a regime of lower transparency, the audit firms declined to respond.

That they have not listed on the share market is telling, says Mr Rozvany, who estimates that on typical share market earnings valuations, the Big Four are conservatively worth $US100 billion to $150 billion apiece in a public float.

Although the allure of such a lucrative payday for the partners in each firm must be great, the fear of the disclosures and the reporting which would come from a public listing may well be greater. It is the desire for secrecy both for themselves and their clients, he says, which keeps them as partnerships.

“Compare this with major international law firms whose hierarchy in the provision of advice is three or four levels. And risk is more easily controlled. They have an incredible track record in managing reputation,” he says.

Much of this comes down to the slew of surveys and expert reports conducted by their consulting divisions, reports on everything from government policy and the economy to women in the workforce and cyber security. They regularly act as independent monitors in regulatory matters and their staff flow constantly in and out of government agencies via secondment programs.

When the Australian Tax Office made thousands redundant in recent years, many went to the Big Four. The gamekeepers had become poachers.

While Mr Rozvany defends the individuals who work in the major firms, he says it is the system which needs fixing. The very success of the oligopoly is the failure of governments, and the partnership structure of the firms is problematic, he says.

“The archaic partnership structure is the biggest issue. In public companies there is a direct line of reporting, with a CEO reporting to the board. Every position in a public company is accountable to shareholders. There is transparency and accountability, and pain of dismissal.”

This is not the case for Big Audit.

Mr Rozvany points out that the Big Four have presided over a string of the world’s biggest and most costly scandals for which “no partner has ever been held criminally accountable”.

Mr Rozvany believes the Big Four, by their very growth and success, have already sown the seeds of their own destruction and, such is their power and pervasive presence, there is no option but to break them up.

Michael West is a Walkley-award winning journalist whose work exposing multinational tax avoidance led to last year’s Senate tax inquiry and subsequent tax reforms. For more, click on the image below to visit his site.