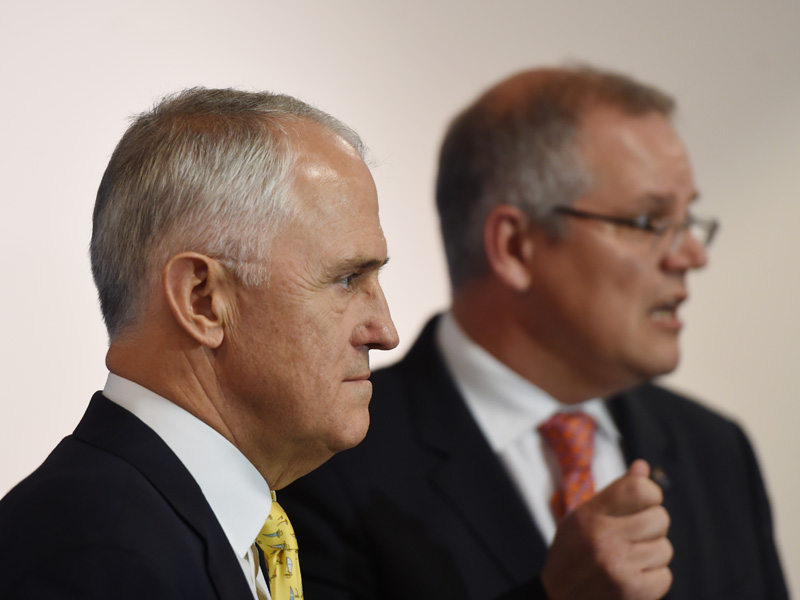 Standard & Poor’s has lowered Australia’s credit rating outlook from stable to negative, in a warning that the AAA rating is under imminent threat.

It is the first of the big ratings agencies to take any adverse action on Australia’s credit rating, despite warnings from all three around budget time that more action was needed to close the Federal Government’s budget deficit.

The move leaves Australia’s AAA credit rating intact but is a formal warning from S&P that it could be cut if the nation’s budget position does not improve.

“There is a one-in-three chance that we could lower the rating within the next two years if we believe that parliament is unlikely to legislate savings or revenue measures sufficient for the general government sector budget deficit to narrow materially and to be in a balanced position by the early 2020s,” S&P said in a statement explaining its decision.

S&P has also pointed to the federal election outcome as a contributing factor in its decision.

“The negative outlook on Australia reflects our view that prospects for improvements in budgetary performance have weakened following the recent election outcome,” it noted.

Political outcomes are a problem

“Given the outcome of the July 2, 2016, double-dissolution election, in which neither of the traditional governing parties may command a majority in either house, we believe fiscal consolidation may be further postponed.”

However, it is not Australia’s Federal Government debt that is the key problem cited by S&P, which describes it as “low”.

Nor is it the country’s key economic institutions, which are labelled “strong”.

Instead, it is Australia’s record housing debt, significantly funded from overseas, that is the rating’s agency’s biggest concern.

A key factor in S&P’s decision to lower its outlook is a vast divergence between its forecast for iron ore prices and the Government’s budget prediction.

The ratings agency expects iron ore prices to be close to $US20 per metric ton, while the Government forecast $US55 a tonne in its most recent budget.

In the federal budget, Treasury forecast that a $US10 per tonne fall in iron ore prices could wipe $1.4 billion from Commonwealth revenue this financial year and another $3.9 billion next.