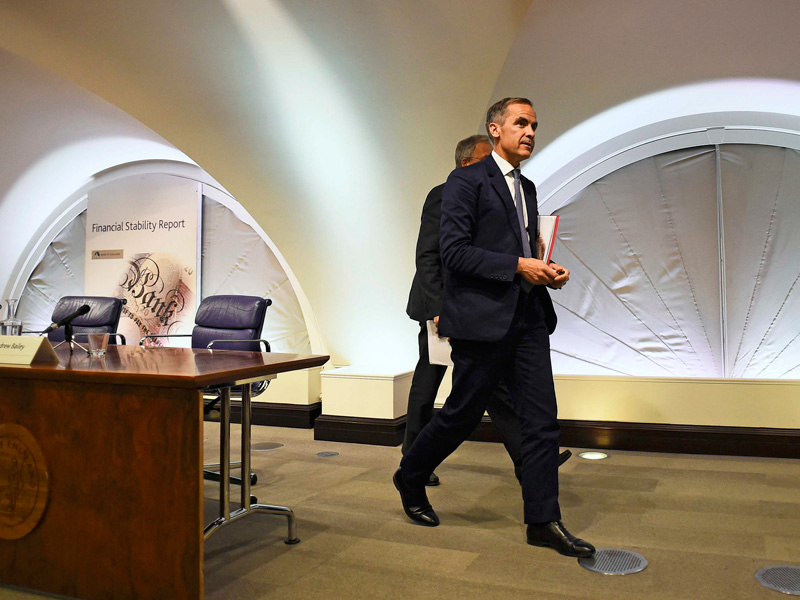 Brexit fears have taken hold of the in British economy with the pound falling to a 31-year low against the greenback after three UK property investment funds suspended withdrawals amid concerns about the state of financial markets.

The three funds account for about one third of the £35 billion ($61 billion) invested in property funds in the UK.

• A new future for Britain, but what about the rest of us?
• The big Brexit losers aren’t in the UK
• Five ways the UK may’ve shafted itself with Brexit

Bank of England governor Mark Carney said some of the risks from Brexit had started to crystallise and the UK had “entered a period of uncertainty and significant economic adjustment.”

The pound was buying around $US1.302 this morning.

Despite the fears, the the benchmark FTSE 100 index in London rose 0.4 per cent, or 23 points to 6,545 after the Bank of England moved to bring some confidence into the market. It lowered the amount of capital that banks have to hold in reserve, freeing up £150 billion for more lending.

There are predictions the UK central bank will cut interest rates by the end of next week.

Global market are down

Meanwhile, global markets were hit by a slowdown in the manufacturing and services industries in Europe.

Meanwhile, the Australian dollar has fallen against the greenback to trade at around 74.2 US cents.

With reporting by Rod Myer