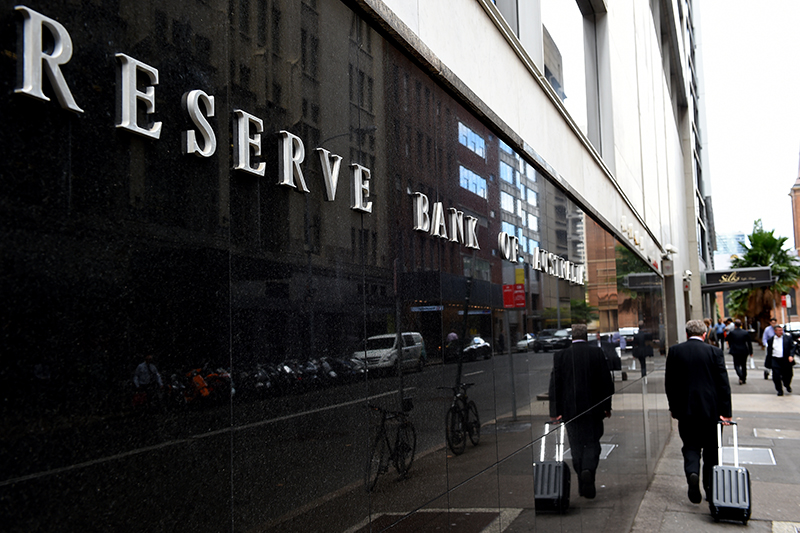 The odds of a rate cut next Tuesday seem to be growing. Photo: AAP

Home loan borrowers hoping for another interest rate cut are out of luck after the Reserve Bank opted Tuesday to keep the official cash rate on hold at 1.75 per cent.

There is still a strong expectation in financial market circles that the central bank will announce another cut next month following the July 27 release of national inflation data.

The Reserve Bank last cut the cash rate by 0.25 per cent on May 3, the same day as the federal budget, setting the scene for a new round of mortgage rate cuts by banks and other lenders.

Most passed on the full rate cut, bringing their standard variable loan rates and some fixed-rate loans below 4 per cent for the first time in history.

Data from financial research firm CANSTAR shows average mortgage rates are above 4 per cent, while the lowest standard variable rate is 3.59 per cent.

“The message for consumers is that no matter what the official cash rate is, most borrowers could definitely be saving money on their mortgage, if they know what’s on offer and are prepared to drive a hard negotiation with their bank,” CANSTAR spokesperson Justine Davies said in a statement.

“Over the period ahead, further information should allow the board to refine its assessment of the outlook for growth and inflation, and to make any adjustment to the stance of policy that may be appropriate.”

Mr Stevens made no reference to the Australian federal election, but cited global market volatility since the recent UK Brexit referendum.

IFM Investors chief economist Alex Joiner told The New Daily that another rate cut from the Reserve Bank is “just a matter of timing”.

Mr Joiner said that with central banks in Europe and the UK likely to announce further stimulus measures, and rates on hold in the US, “it adds to the narrative that the Reserve Bank will need to cut interest rates at some point”.

HIA chief economist Dr Harley Dale said the key point from the latest monetary policy decision was that “the Reserve Bank is prepared to lower rates further in 2016 if it deems such action is required”.

“Political uncertainty at home and abroad has increased the chance of a second cut to the OCR [official cash rate] later in the year,” Dr Dale said.

The Australian share market lost ground on Tuesday, with the major banks once again hit hard due to uncertainty as to the outcome of the federal election and the prospect of a royal commission into the banking sector.

Also overhanging the banks is the possibility of a downgrade in Australia’s sovereign credit rating from AAA to AA+.

“Other areas of domestic demand, as well as exports, have been expanding at a pace at or above trend,” he said.

“Labour market indicators have been more mixed of late, but are consistent with a modest pace of expansion in employment in the near term.”

Despite fears that lower rates will further elevate prices across the housing market, Mr Stevens said the effects of supervisory measures had strengthened lending standards.

“Dwelling prices have risen again in many parts of the country over recent months,” he said.

“But considerable supply of apartments is scheduled to come on stream over the next couple of years, particularly in the eastern capital cities.

“Taking account of the available information, the board judged that holding monetary policy steady would be prudent at this meeting.”

Disease concern for survivors of Afghanistan earthquake
Steve Smith confirmed as starter for first Test against Sri Lanka
Matildas will be keen to forget 7-0 drubbing by Spain
Upcoming stats will reveal where and how hard rates are hitting economy
Victorian MPs pocket a tidy 2.75 per cent pay raise
Reserve Bank review isn’t a ‘get the governor’ exercise: Jim Chalmers
RBA keeps rates on hold
Today's Stories