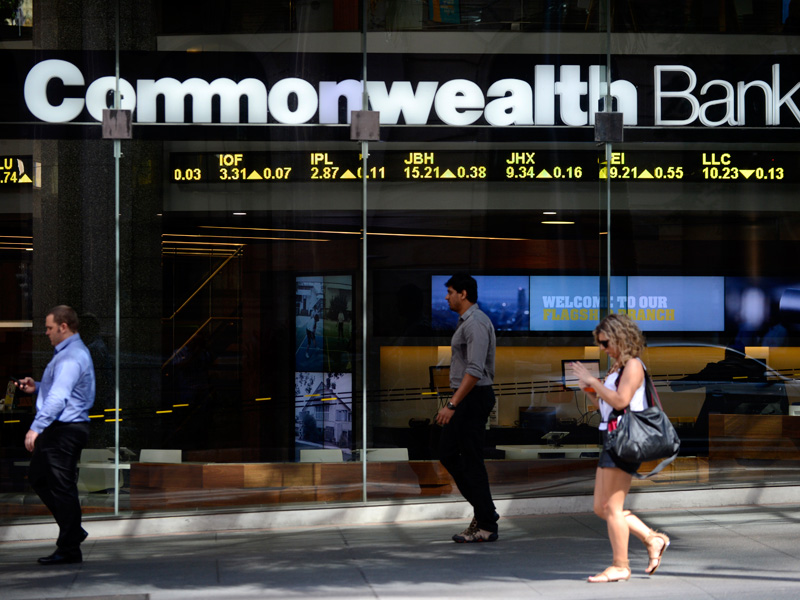 Bank investors headed for the hills on Monday, selling down bank shares as fears of a banking royal commission loomed out of the confusion of the election result.

While Labor has promised a commission following the raft of financial planning and insurance scandals that have hit bank clients hard in recent years, the Coalition has rejected the suggestion.

• Malcolm Turnbull must resign: Shorten
• Which party will deliver on jobs for you?
• Xenophon ready to negotiate

But with the the prospect of a hung parliament looming large following the inconclusive election, analysts see a royal commission as a distinct possibility.

“There are fears [that even if the Coalition forms government] cross benchers might put a royal commission on the table and [Malcolm Turnbull] would have to deal with them over it,” Stuart Jackson, banking analyst with Montgomery Asset Management, told The New Daily.

The weakness in bank shares stood in stark contrast to the general market. The benchmark S&P ASX 200 index closed stronger on Monday, up 0.7 per cent to 5281.8, while the Financials index that tracks the banks was down 0.44 per cent to 5771.9 points.

With the strong possibility of a hung parliament, the crossbenchers will have plenty of leverage no matter who serves as prime minister.

The Greens, Tasmanian independent Andrew Wilkie and the Nick Xenophon Team support a banking royal commission, as do Queensland micro party leaders Bob Katter — who has a lower house seat — and Pauline Hanson — who is likely to have Senate representation.

The instability created by the election has raised the prospect of a cut in Australia’s prized AAA credit rating, which would mean borrowing costs rise for both the government and the banks.

Credit agencies are looking at the prospect, with Moody’s Investors Service senior vice-president Marie Diron saying Australia’s credit rating would only be threatened if the new government abandons the existing bipartisan commitment to reduce the budget deficit over time.

Our AAA rating is threatened

Rival agency Fitch said Australia still deserves its AAA rating, but that may change if a stable government cannot be formed.

“Political gridlock that leads to a sustained widening of the deficit would put downward pressure on the rating, particularly if the economic environment deteriorates,” Mervyn Tang, the director of Fitch’s Asia-Pacific group, told AAP on Monday.

The fragility of business confidence will make life difficult for Reserve Bank governor Glenn Stevens when the RBA board meets on Tuesday to set interest rates.

There has been speculation that the bank wants to cut rates below their current record low of 1.75 per cent.

Independent economist Stephen Koukoulas told The New Daily that “although the RBA has an easing bias, Glenn Stevens will probably sit tight given the the political situation.”

Mr Stevens created controversy when he cut interest rates during the 2013 election campaign to what then was a record low of 2.5 per cent.

Mr Koukoulas said there were a number of factors lending weight to the argument for further interest rate cuts including “low wage growth, low inflation, the Brexit vote, a weak US economy and China is hardly robust at the moment.”

There is some indication that prices are moving upwards, with the the Melbourne Institute Monthly Inflation Gauge rising by 0.6 per cent last month after falling of 0.2 per cent in May.