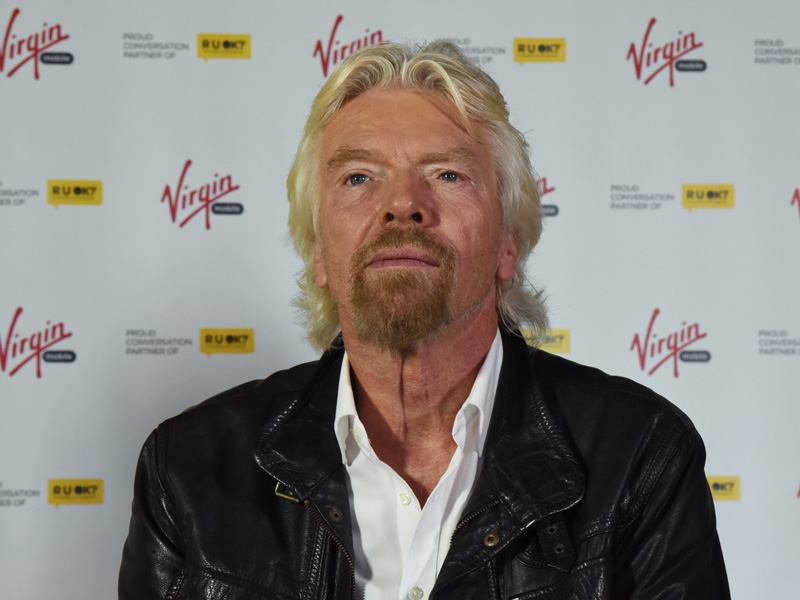 Colourful British entrepreneur, Sir Richard Branson, has emerged as a major victim of the Brexit inspired stock market crash, with his companies losing 30 per cent of their value.

He also predicted a painful recession for Britain and called for a second referendum to reverse the decision to leave the EU.

“This country is going to go into recession [after] two of the worst days ever — banks have been pounded … they are not going to lend money,” Sir Richard told ITV’s Good Morning Britain on Tuesday.

“We are heading towards a disaster.”

Sir Richard said his companies, which own a wide range of investments including banks and airlines, had been very hard hit by the market crash.

“We’re not any worse than anybody else but I suspect we’ve lost a third of our value.”

The British entrepreneur, estimated to be worth $US4.9 billion by Forbes magazine, said his Virgin Group had been forced to cancel a “very big” deal since the vote, which would have created some 3,000 jobs.

Sir Richard said he believed those voting for the UK to leave the EU had been duped by Brexit promoters and did not understand the real value of Britain’s EU membership.

“I don’t believe the public realised what a mess their vote would cost. When Brexiters told the public that people were exaggerating [when they said] there would be a financial meltdown, I think it’s been proven they were not exaggerating,” he said.

“Business people do not want politicians to completely and utterly wreck the hard work they’ve done for years and years and that is effectively what happened.”

Let’s have a new vote

Now that the real costs of Brexit were becoming clear, Sir Richard said the UK should go back to the polls on the issues.

“There should be a second referendum when the costs of the UK leaving the EU are fully understood,” he said. “The public will then have all the facts.”

Sir Richard said his business interests had lost one third of their value as a result of the Brexit vote, but measuring that fall is not easy for outsiders.

His listed financial services group, Virgin Money, has a market capitalisation of about £1 billion ($A1.8 billion) and Sir Richard owns 34 per cent.

His other holdings include 51 per cent of airline Virgin Atlantic, which made £87.5 million profit in 2015 and 10 per cent of Virgin Australia, which has fallen 27 per cent from 29c to 21c since the Brexit vote. At current prices Sir Richard’s stake is worth $9.1 million.

He has interests in a number of other businesses in sectors like mobile phones, travel, racing cars, hotels, health, railways and green energy. Some of his marque businesses, like Virgin Records and Virgin Megastores, have been sold off. The Virgin Megastore label still exists in the Middle East.