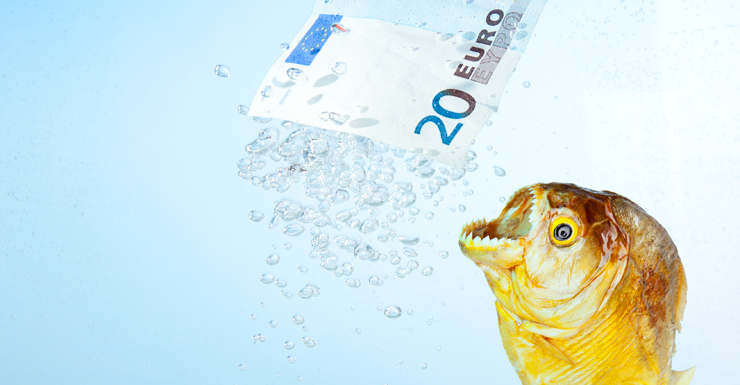 Since last Friday economists and other market commentators have been screaming that Britain was headed for a recession as international confidence in its economy slides.

Such predictions might be proven right, but the commentators have missed a truly important signal buried in the market carnage – the suffering on the markets of Europe has been far more severe than that experienced by their British counterparts.

While the French and German share markets each closed down more than 10 per cent on Monday, the first full day after the Brexit vote, losses on the London bourse were only about half as great, at just 5.6 per cent.

Despite the dire warnings that Britain might have trashed its economy by abandoning the European Union, investors are betting that the economic fallout is going to be more painful across mainland Europe.

International fund managers are actively selling down their investments in companies listed on the Paris and Frankfurt markets: but they are moving even more aggressively to slash their exposure to firms listed in debt-laden countries such as Greece, Italy and Portugal.

While global investors were taking some heart from an early rebound on European share markets Tuesday night, international credit ratings agencies and regulators are still focused on the risks to the world economy of Britain’s decision to leave the European Union.

Most European stock markets opened up 2 per cent on Tuesday, which helped to pare back some of the deep losses generated by the two-day trading rout. However the British market rose by the same amount, reinforcing its outperformance against the European bourses since the Brexit vote.

Several key themes seem to be weighing on investor sentiment as banking regulators work behind the scenes to shield the European and global financial systems from another credit crunch.

Investors are worried about the banks

The biggest worry at the moment is that shares in banks across most of the globe are being dumped on fears that the Brexit vote could freeze international credit markets and trigger a global crisis on the scale of 2008.

Banks across the world rely on credit markets to raise money to support their lending to home buyers and businesses.

Their problem is that the cost of raising such cash has soared since British voters delivered their shock decision to exit the European Union.

Here’s a rundown of how the share prices of leading British and European banks fared to the close of trading on Monday:

The fallout is not limited to Europe and is also being felt in the US where the share prices of that country’s biggest lenders have fallen by an average of 13 per cent since the Brexit result.

The US banks are falling because many have made loans to UK and European banks.

Stephen Koukoulas, a former economic adviser to the Gillard Labor government, observes that the market reaction to Brexit has parallels with the Global Financial Crisis when financial markets froze.

“The movements in the share prices of UK banks are simply staggering,” Mr Koukoulas told The New Daily.

“These market conditions that are now unfolding have some of the hallmarks of the GFC in 2008.”

While the big four Aussie banks have also lost ground in recent days, their share price losses have been contained mainly because they have fewer loans at risk with European borrowers and financial institutions.

The big Brexit losers aren’t in the UK