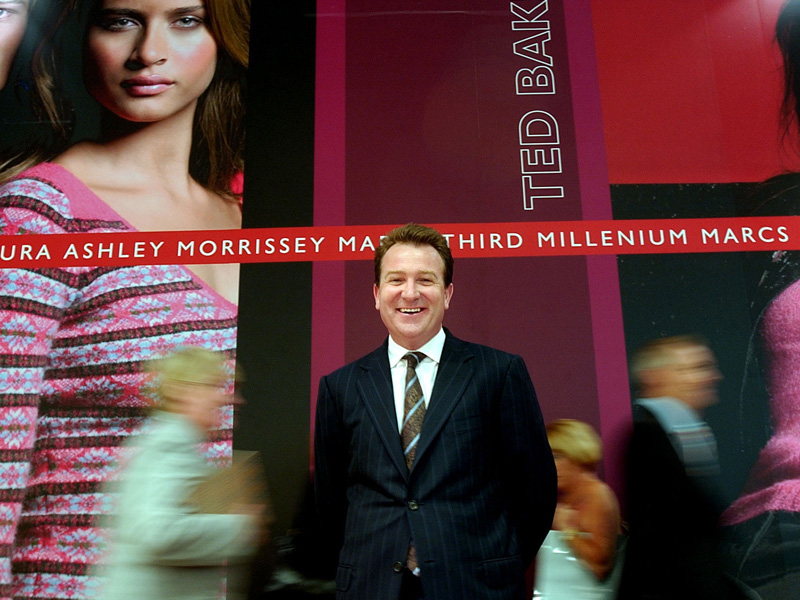 Mark McGuinness is the man with the midas touch when it comes to retailing.

He’s also the “man that fell to earth” as he lost his job as the CEO of David Jones back in June 2010 after he admitted “acting inappropriately” towards a company publicist 20 years his junior by making unwanted sexual advances.

Mr McInnes has always known how to profit from his talents. This week he won a seven-figure pay raise (he earned $5.4 million in 2015) and the right to up to $5 million in termination payments.

Shareholders at his new company, Premier Investments, didn’t like the arrangement, with 32 per cent voting against it but Solomon Lew used his 42 per cent stake to make sure the deal was done.

Back at DJs, McInnes did well also. In 2009 he earned nearly $7 million and left with $2 million in his pocket after being forced to walk.

Kirsty Fraser-Kirk, the publicist who made the complaint against McInnes at one point claimed $37 million in compensation, or five per cent of DJs profits during the McInnes tenure, which she pledged to charity.

McInnes was out in the cold after the incident, but his time on the sidelines did not last long.

In April 2011 Solomon Lew, the hard man of Australian retailing, picked him up to run Premier Investments and its portfolio of brands and retail labels.

There was a reason Lew signed on Mark McInnes: the remarkable transformation he pulled off at DJs.

The retailer had been caught up in the early 90’s recession and the financial ambitions of the corporate raider John Spalvins and went broke as a result.

When it came back onto the stock market, the stores needed a big makeover and former Myer chief Peter Wilkinson was brought in to do the job.

He in turn brought McInnes over from Officeworks as merchandise manager. By 2003, at 37, McInnes was CEO, driving the strategy known as “house of brands”.

It meant the labels that made hearts flutter would replace stolid house brands and take the store up-market.

The McInnes flair worked. He put the excitement back into DJs, making it the country’s leading department store and he played “Mr Magic” with his high profile at corporate events and in the media.

Investors loved him too with the share price jumping from $1.07 when he took the reins to $4.49 when he stood down ignominiously.

Now he’s doing something similar at Premier Investments where Solomon Lew is something of a brand collector, owning Just Jeans, Jay Jays and women’s wear labels Portmans and Dotti.

Then there’s sleepwear specialist Peter Alexander and the remarkable Smiggle, which is turning a fortune off stationary and knicknacks for kids.

Teamed up with Lew, McInnes is turning Smiggle into an international phenomenon. Kids in Singapore, Malaysia, and Hong Kong along with Australia and Britain are flocking to what the company describes as “where a smile meets a giggle”.

The attraction is particularly strong in the UK with profits from there helping drive revenues up 74 per cent in two years for the brand.

Retail advisor Steve Kulmar of Retail Oasis, says  “he sees which brands to grow and backs them; which ones to hold onto and which are mature and don’t need more investment.”

“He has the ability to gather a good team around him and keep them. He put Colette Garnsey in charge of merchandising at DJs and brought her over to Premier with him.”

“He’s also a confidence operator who can sell his strategy to those around him,” Mr Kulmar said.