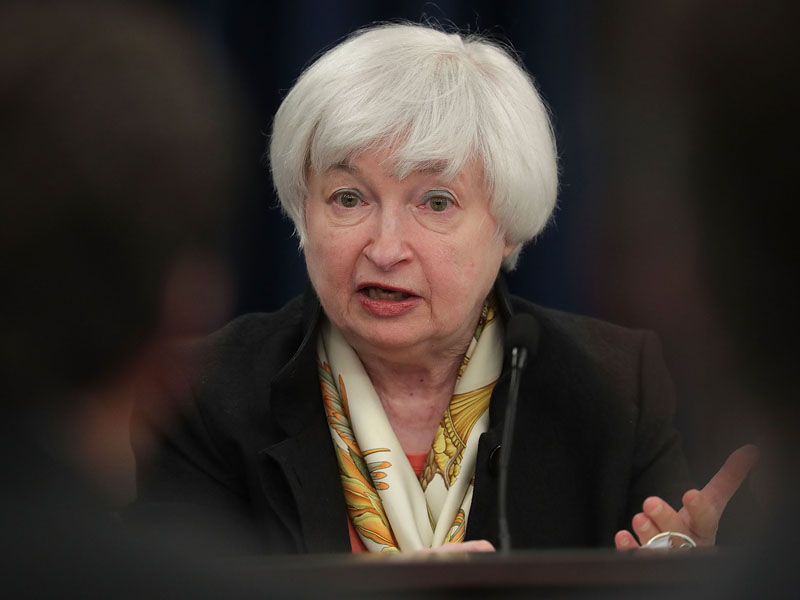 The Federal Reserve left US interest rates on hold after its two-day meeting on Thursday morning Australian time.

However Fed chair Janet Yellen indicated there would be one rate rise before the year’s end.

• Down down: dollar could crash to 40 US cents
• Virgin Aust to cut planes, jobs
• Gas prices to stay low for years

The markets were unimpressed with Wall St closing lower for a fifth straight session, with investors fretting about whether Britain would vote to leave the European Union.

Ms Yellen said next week’s vote in Britain, on whether to leave the EU was factored into the central bank’s decision at this month’s meeting.

Stocks were actually gaining ground for the majority of the trading session, before falling abruptly just before the close.

It was a different story across the Atlantic, with the major markets posting solid gains after a five-day losing streak.

At the same time, the Australian dollar was worth 74.1 US cents, having rallied overnight.

Fuel-efficiency crackdown aimed at turbocharging the rise of ‘really cheap’ electric vehicles
Melbourne leaves fans and woebegone Brisbane in no doubt they’re ready for finals
Storm take Broncos to the knackery with a merciless 60-12 drubbing
Early release for Bali bomber ‘adds to trauma’
Albanese ticks off Morrison over bizarre meme spree
Bullied NSW teen not guilty of planning US-style school massacre
Unemployment steady at 5.7 per cent in May
Today's Stories

Fed keeps US rates on hold