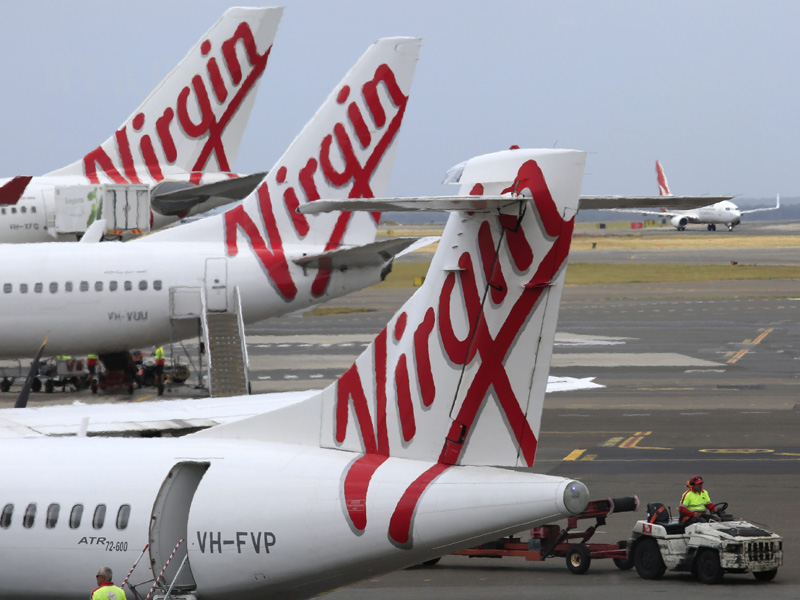 Queensland says it's serious about its bid for Virgin – but Home Affairs Minister Peter Dutton is scathing. Photo: AAP

Virgin Australia is set to raise $852 million via an equity raising.

Australia’s second biggest airline said on Wednesday that it will also cut its aircraft fleet and implement efficiencies to boost profits.

The group saw a jump in profits in the December half to $81.5 million from about $10 million previously but had to borrow money from its major shareholders in March.

The equity raising takes advantage of the financial firepower of the Asian investors who have recently come on board with the airline.

Not only that, but they have agreed to take up the slack left by other shareholders who may not pay up for their allotments which could see their relative holdings rise.

Gulf states shareholder Etihad Airways will not take up its rights, according to a statement to the Australian stock exchange.

“Obviously they need to talk to their board,” he told reporters. “They are evaluating it and going through their normal processes.

“I’m not concerned because the $852 million is underwritten.”

Debt will be repaid

Around $425 million of the capital raised will be used to repay funds loaned to Virgin in March by its shareholders, with the rest to be used to strengthen Virgin’s financial position.

The equity raising will be priced at 21¢ a share. Virgin shares closed on Tuesday at 30

Virgin also plans to rationalise it fleet of aircraft to cut costs over the next three years and and will also cut costs across maintenance and engineering, procurement and supply chain functions and staffing.

“Additionally, the new program of operational and capital efficiency initiatives will further deepen our focus to having a low, sustainable cost base.