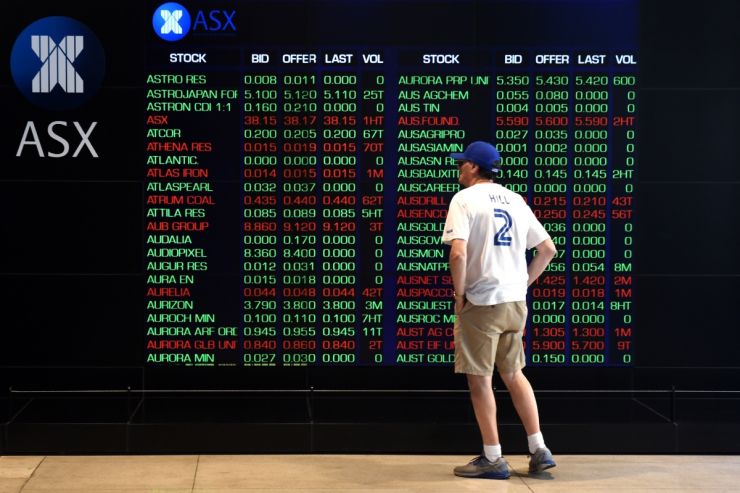 The market fell on Friday after the US rate decision. Photo:AAP

The share market has posted its biggest fall in four months, as investors dumped stocks amid fears Britons will vote to exit the European Union in 10 days.

Australian shares slumped to a seven-week low, wiping out more than $30 billion.

Traders are also awaiting the outcome of key policy meetings of the US Federal Reserve and the Bank of Japan later this week.

Stocks dropped at the open and kept falling through the session, with every sector in the red.

The healthcare sector was also sold.

Stem cell drug maker Mesoblast had the biggest losses on the ASX 200 after the Israeli firm Teva Pharmaceutical abandoned its rights to the firm’s experimental heart failure therapy.

Mesoblast shares had been in a trading halt for two weeks and on their first day of trade closed down more than 42 per cent at $1.11.

CMC chief market analyst Michael McCarthy said $26.7 billion of value had been destroyed on Tuesday and he predicts further falls after the market broke through a key technical barrier.

“We’ve seen the market plummet and it does look like, at least from a technical point of view, we could have further falls to make over the coming sessions.”

Elsewhere, bank stocks were also out of favour; with the big four lenders all losing more than 2 per cent.

Confidence remained weaker than average, falling to a reading of three, but business conditions remained buoyant, at a reading of 10.

In currencies, the dollar was steady against the greenback but was strong against a weaker British pound, which has taken a hit on Brexit fears.

Oil prices were down again, adding to overnight losses, with Brent crude losing nearly 1 per cent to $US49.92 a barrel.

Spot gold slipped after rising overnight and was fetching $US1,279 an ounce.