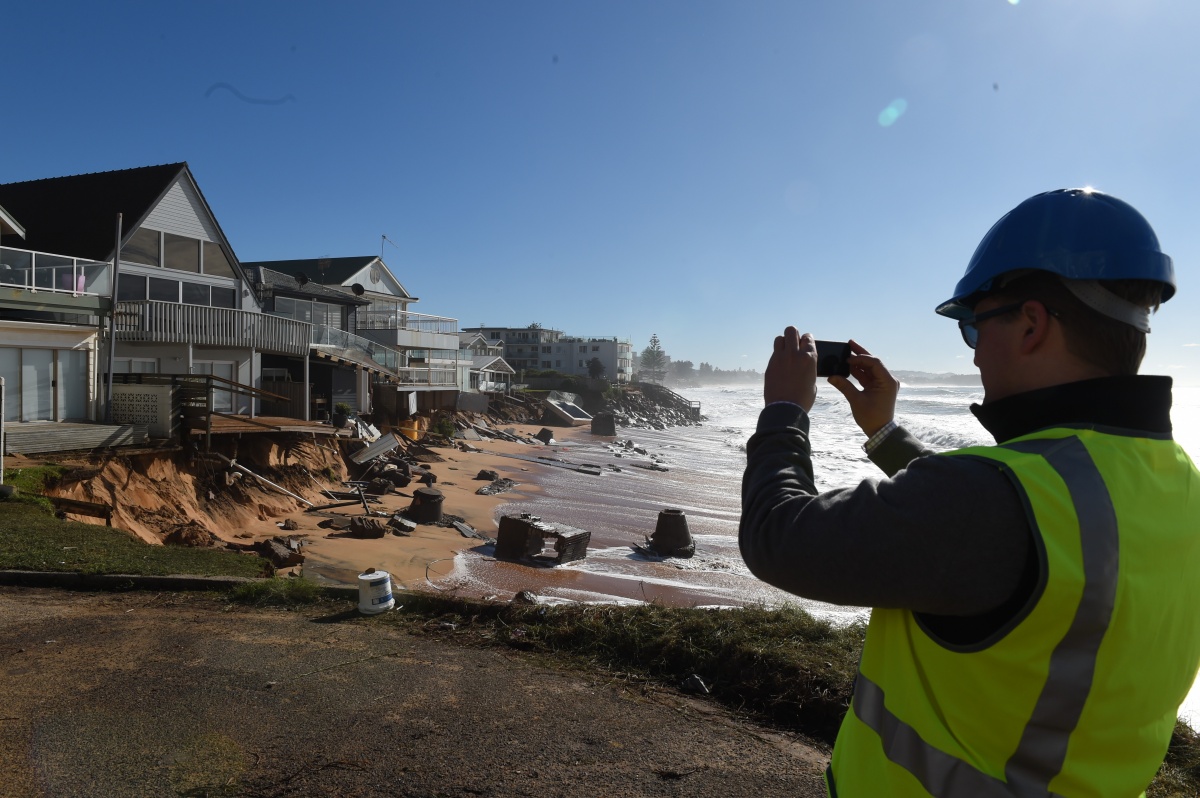 For Collaroy homeowner Zara Silk, the storms that smashed into her home over the weekend, tipping her swimming pool onto its side, will be a very expensive lesson in beachfront property ownership.

It is also likely to open the floodgates on insurance claims as owners seek restitution for their losses.

Speaking to the media on Sunday evening, Mrs Silk said her local council had “known about this for a long time and should’ve put a wall up” earlier.

The storms that have ravaged parts of Queensland, NSW, Victoria and Tasmania over the past few days have so far triggered about 14,500 insurance claims for losses estimated at $56 million.

That total is expected to keep rising as more damages are reported, but the cold reality of these latest floods and sea surges is that some homeowners won’t be covered under their policies.

Indeed, once they go through the fine print of their sodden insurance product disclosure statements, most will stipulate that their policies exclude actions of the sea and storm surges.

According to consumer group CHOICE, while there has been a standard insurance industry definition on the term “flood” since 2014, whether you are covered for all eventualities comes down to your policy.

“Whether the claims process is smooth or a little rocky will depend on how your insurer defines the event that has affected your property and how clear the definitions are in your policy,” CHOICE spokesman Tom Godfrey said.

“Although nearly all home and contents policies cover the sudden excessive run-off of water as a direct result of a storm in your local area, which they define as ‘storm’ and ‘storm run-off’, not all will cover you for a ‘storm surge’ or ‘actions of the sea’.”

The federal government’s legal definition of flood is “the covering of normally dry land by water that has escaped or been released from the normal confines of any lake, river, creek or other natural watercourse, whether or not altered or modified; or any reservoir, canal or dam”.

But according to insurer AAMI, flood does not mean “heavy downpours of rain (unless they actually cause a ‘flood’), sea or ocean movements (such as storm surges, high tides or wave action), or tsunamis (which may be covered as ‘earthquakes’)”.

But QBE then states among 14 different exclusions that it will not cover water damage caused by storm or rain seeping into a property unless it has entered through an opening in a wall or roof.

“The last thing you want when you are cleaning up after a storm is to be left at sea by confusing terms and conditions in your insurance policy,” Mr Godfrey said.

“Even with flood cover you might not be safe as houses if you live next to the ocean. It will come down to how your policy defines the event that has occurred. If your insurer decides you have been a victim of a ‘storm surge’ or an ‘action of the sea’ and not a ‘flood’, ‘storm’ or ‘storm run-off’, things can get a little choppy.”

Mr Godfrey said it’s important to check if you are insured for the specific event that occurred, what repairs are excluded under storm damage, if you are covered for temporary accommodation, and if you are able to undertake emergency repairs.

The Insurance Council of Australia (ICA) has now declared an insurance catastrophe for the severe storms that have hit the east coast of Australia, which it says will enable insurers “to fully harness the industry’s disaster response resources”.

“The ICA and its members are liaising with state governments, agencies and the emergency services in response to the damage caused by these storms,” ICA acting chief executive Karl Sullivan said.

Under the catastrophe declaration, the ICA has established a taskforce of senior insurance industry figures to address and identify any issues that arise.

Mr Sullivan urged affected policyholders to contact their insurance company as soon as they could to lodge a claim.

Insurers may leave you high and dry