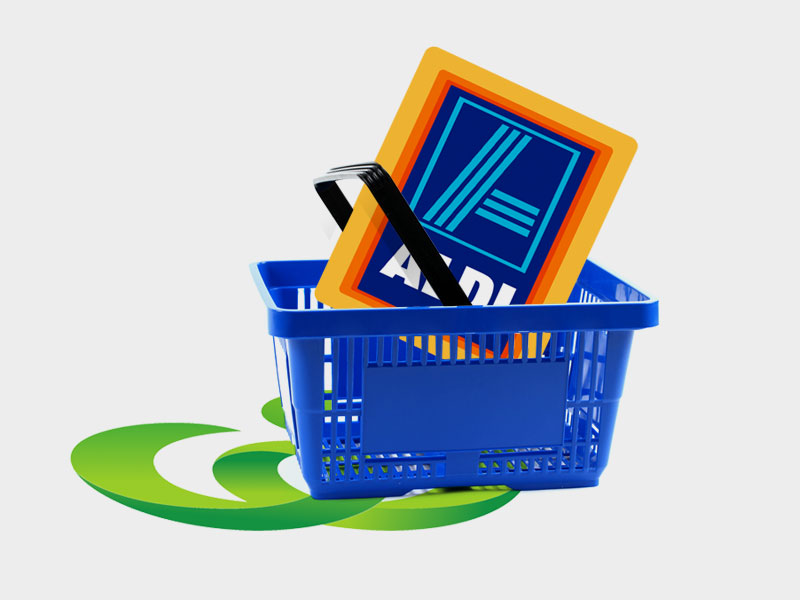 Aldi has become the most profitable major supermarket in Australia and is well positioned to win a price war against the reigning duopoly of Coles and Woolworths.

A new report from UBS claims the lean German groceries machine, famed for low prices and no-frills stores, has become “a force to be reckoned with” and is picking up shoppers – particularly wealthy ones – at an accelerating rate.

While Coles and Woolworths remain the overwhelming market leaders, customers are being lost to Aldi by Woolies “at an accelerating rate”. Coles had been successful in retaining customers with its Every Day Value strategy. But there were other worrying insights for the big two.

“Aldi is winning at a fast rate, but there is a lot it can do better,” the UBS report states. Improvements could come from adding to product lines, shortening checkout queues and adding higher-quality brands.

The report also says it will be very difficult to stop Aldi’s growth as more stores are opened and new product lines, including fresh food, are added.

“We believe Aldi is winning sales from all retailers, driven by rollout [of new stores] and broadening its customer base,” said the UBS team, led by analyst Ben Gilbert.

Regardless of how customers are using Aldi, UBS predicted the company would double its 2013 sales by 2019 – giving its competitors a real reason to panic.

Surprisingly, in 2016, the typical Aldi customer was less likely to be a young parent than in 2014.

But making up for the drop in young families was an increase in high-income earners shopping at the chain, particularly in the $100,000+ income bracket.

The changing demographic was likely to force Aldi to make changes to its famously ruthless selling strategies.

“Aldi is attracting a wealthier, more white-collar customer base that demand more,” the report said.

That could mean anything from a better “fresh” selection (fruit, vegetables and meat) to upping the number of baskets available for shoppers.

The chain has clearly reacted to 2010 criticisms, having improved customer scores in each of the top 10 measures of satisfaction, including staff friendliness and stock availability.

“The greatest improvement was in check-out service, which was pleasing given this was a key driver of negative ratings previously.”

Mr Gilbert and his team said it would be “very difficult” to stop Aldi’s rapid growth, particularly considering its rapid expansion plan into Western Australia and South Australia.

As a result, Coles’ sales losses to Aldi have slowed over the past 12 months, while the once-dominant Woolworths was bleeding customers to both Aldi and Coles.

By the UBS estimates, Woolworths lost $343 million to Aldi last financial year and a whopping $531 million to Coles, prompting the report to suggest Woolies had “lost its way”.

Woolworths has been hurting in other areas, too: the company accepted an embarrassing $3.2 billion write-off through its failed Masters Home Improvement chain, causing its share price to dive in the past 12 months.

How they’re doing it

Aldi is famed for its ruthlessly efficient selling strategies.

It carries a much smaller product line than competitors Coles and Woolies, employs far fewer staff and sells products straight from the pallets they come in on.

According to UBS, these small (and big) changes have helped Aldi become the most profitable major Australian supermarket chain, 15 years after it opened its first Australian store.

Aldi’s massive growth is underpinned by its aggressive store-opening strategy.

The chain has opened an average of 30 stores per year in the past five years, and plans to open another 60 this year.

And with Aldi about to enter the previously untapped markets of SA and WA this year, who knows what could happen.

‘Under siege’: Trump reveals FBI raid of home
Revealed: Australia’s richest postcodes – and professions
Colour and triumph for Australia as Commonwealth Games close
Monkeypox vaccines arrive for most at risk
Russia ‘using nuclear plant as base’ as UN slams attacks
Father, son get life for Arbery hate crime
Don’t have a 20% deposit? You might be in luck
Today's Stories