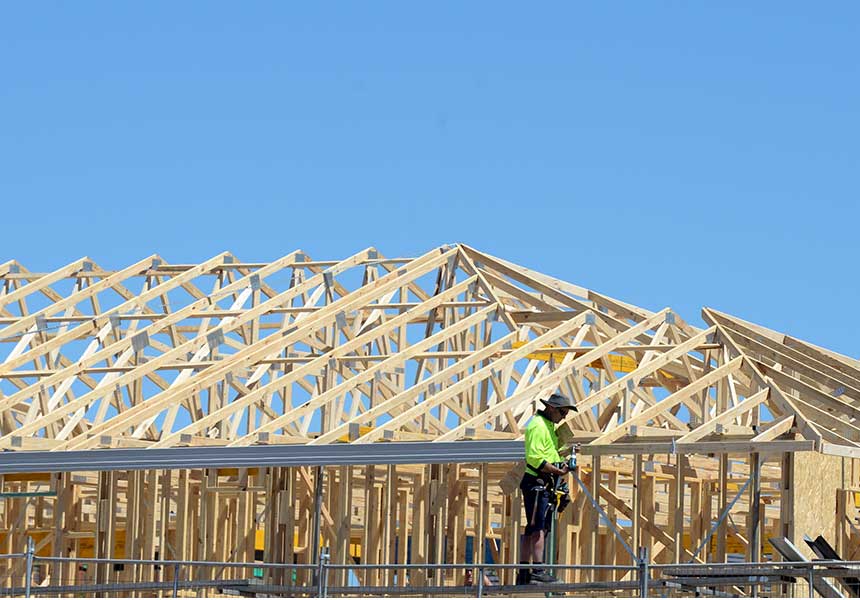 Fitch has warned Australia’s major banks are facing increased risks and bad debts, with one of the agency’s analysts declining to call them “safe and solid”.

In a world of carefully crafted, cautious messages, Fitch ratings director Andrea Jaehne cut to the chase when asked why Australia’s banking system was so safe and solid.

“I wouldn’t call it safe and solid,” she responded.

Instead, Fitch said it is the lack of competition in Australian banking that may allow the big four to mitigate their rising risks by gouging customers more.

“The Australian banking system is certainly benefitting from the strong position of four major banks that dominate the market, with around 79 per cent of residential assets, and that gives them extremely good pricing power,” Ms Jaehne explained.

It is a frank insight into Australia’s from one the three big global credit ratings firms.

What it means to the everyday Australian is that, if the major banks get into some financial trouble, there is a very good chance that they can simply raise mortgage rates or fees, and/or cut deposit rates, to protect their profitability.

Fitch’s latest peer review of Australia’s major banks indicates that there is a fair chance they may need to.

The report notes several rising risks for the banks, led by the prospect of a hard landing for China’s economy – Fitch views this as unlikely, but if it did occur it could make the Australian economic fallout unmanageable for the major banks.

Even without a hard landing Fitch has noted the emerging rise in bad corporate debts affecting the major banks, especially from resources-related firms.

On some measures, Australia now has the world’s most indebted households, with the debt-to-income ratio measured by the Reserve Bank at a record 186 per cent.

Most of that is housing debt and, along with record low interest rates, Fitch has fingered two other key culprits for Australia’s eye-wateringly high home prices.

“We argue some of the tax policies might have contributed to it, such as negative gearing,” Ms Jaehne said.

“Also you have more property purchasers coming into the market that are not necessarily just Australian, so they are competing with Australian households as well.”

Fitch notes that borrowers who bought houses between 2014 and mid-2015 may be particularly vulnerable, as it was during a period of high and surging prices and weaker lending standards by the banks.

By mid-2015, the banking regulator APRA was active in taking action to reduce lending growth to property investors and to ensure that borrowers were assessed on their ability to withstand several interest rate rises.

Despite the risks from the housing market, Andrea Jaehne says it is the corporate loan book where the big four are likely to feel most of the pain from any downturn.

“Most likely we think it’s going to be unemployment [that would trigger a housing downturn], that means actually the businesses and corporates are probably struggling more,” she said.

“Therefore we would see asset quality weaknesses in their books first before we see it in the household books.”

There were early signs of that in the latest bank profit results, with three of the big four significantly lifting their bad debt provisions, mainly due to large collapsed or collapsing businesses.