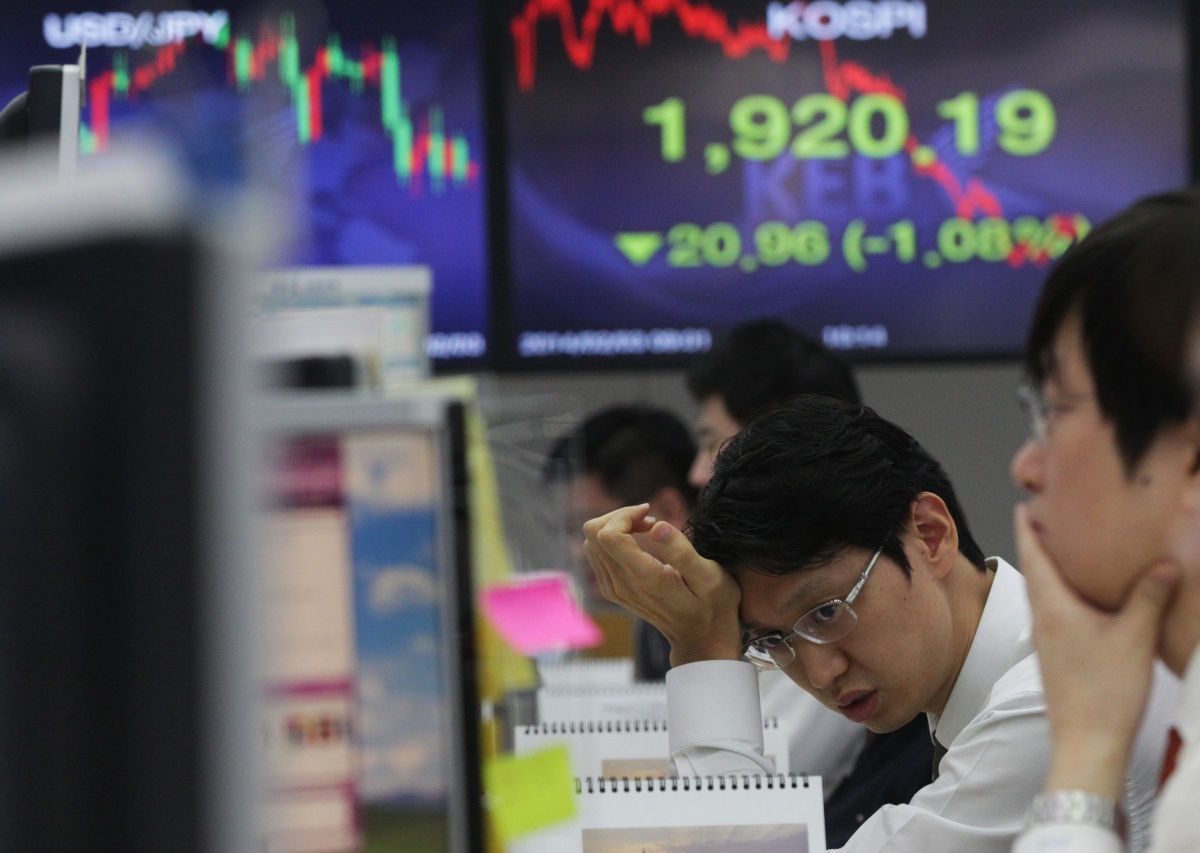 If you are planning an overseas trip in the next year, you might want to consider changing some currency soon as the ANZ Bank is predicting a fall to 50 US cents.

The potential drop would be driven by investors becoming disillusioned with Australia as debt rises and exports fall, resulting in a loss of the country’s jealously guarded AAA credit rating.

ANZ foreign exchange strategist Daniel Been said despite a gradual 35 per cent decline against the US dollar in the past five years, the Aussie is still trading higher than its fundamentals justify.

It could be back to the GFC

If and when the investment world wakes up to this reality, Mr Been said the result could “take us back towards levels not seen since the last episode of extreme Aussie weakness in 2000-01”, when the local currency slipped below 50 US cents.

ANZ are not the only bears in the currency markets. Many economists are predicting rises in US official interest rates, likely to begin in mid-June, will erode further the Aussie’s attraction and lead to more falls.

Roger Montgomery, investment manager with Montgomery Investment Management, said “there are two basics that will push down the Australian dollar; further big falls in the iron ore price and the possibility of normalisation of US interest rates”.

Iron ore price weakness will be driven by falling demand and overcapacity and Mr Montgomery sees US rates as too low at 0.5 per cent.

“With unemployment less than five per cent and inflation under two per cent, the interest rate should be six times its current level at about three per cent,” he said.

Pessimism could be overdone

Nicki Hutley, economist with consulting group Urbis, said although there was a risk to Australia’s AAA rating from the current account deficit, falling commodity prices and rising US interest rates, “I doubt the most pessimistic view will come to pass”.

“Our modelling says the dollar [at 71.9 US cents currently] is not far from fair value. The low point in the next six months might be 68 US cents,” Ms Hutley told The New Daily.

If the dollar falls further, its influence will be felt in two significant areas – tourism and retail.

A weaker dollar encourages foreign tourists to visit Australia, along with boosting exports such as minerals.

Figures from Tourism Research Australia show that when the Australian dollar took big jumps in 2010 and 2011, inbound tourism fell slightly, whereas when the dollar started to fall between 2012 and 2015, inbound tourism jumped 22 per cent.

Australian retailing habits have been changing since the dollar hit highs of just over $US1 between 2011 and 2013, said retail consultant Steve Kulmar of Retail Oasis.

“When the dollar was at parity, there was a huge move to online sale from offshore sites, particularly in the US,” Mr Kulmar said.

“In the last three-and-a-half years there’s been a big increase in domestic online sites, particularly for women’s apparel and related areas like cosmetics and less durable goods.”

So pronounced has the move been that online sales now account for eight per cent of all non-food retail sales and “70 to 80 per cent of those are on Australian sites”, Mr Kulmar said.

Further falls in the dollar will accelerate that trend to local online shopping, he said.

Travellers could be hit as currency heads for 50c