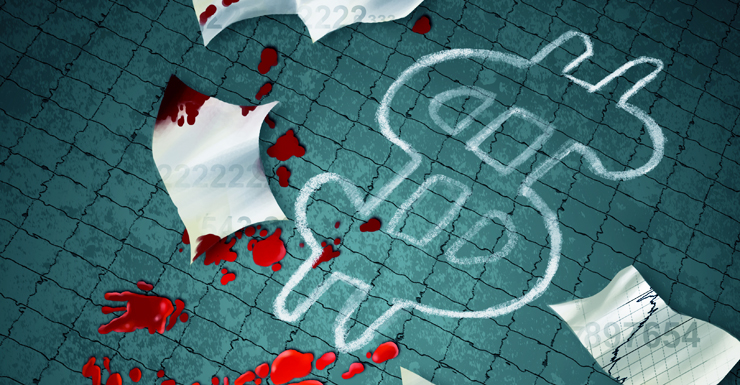 Although a string of local companies, including AWB, Thiess and the Reserve Bank’s note printing arm, have been caught trying to bribe foreign governments in the past decade, Australian law enforcement agencies have not yet secured a single conviction.

Collectively, these scandals have seen more than $200 million paid out to officials of foreign governments, including taxpayer funds in the case of the Reserve Bank.

“We believe there should be further changes because we don’t think the current framework goes far enough,” Mr Whealy told The New Daily.

“We particularly want to see the government introduce a beneficial ownership register for companies that will help law enforcement agencies to identify the shareholders who directly benefit from illegal payments.”

Federal Justice Minister Michael Keenan announced earlier this month that the government would consult industry and law enforcement agencies about the idea of a register, but would not commit to implementing the proposal.

Beneficial registers are viewed by countries such as the United Kingdom as a critical reform for busting trust structures that are used to hide the identities of people who accept proceeds of white-collar crime.

While the Turnbull government won’t rule out establishing a special companies register to identify people who pay and receive illegal payments, only Australian law enforcement agencies will have access to it.

International anti-money laundering regulators want Australia to go further by making such a register freely open to media and members of the public.

In response to questions from The New Daily, Shadow Attorney-General Mark Dreyfus said a Labor government would make legislative changes to deter companies from resorting to illegal payments to win international tenders, but he would not confirm whether they would include setting up a beneficial register.

“Australia has a low rate of successful prosecutions internationally in the area of foreign bribery, and Labor believes improvements can be made, including possible changes to legislation and ensuring better coordination between the Australian Federal Police and the Australian Securities and Investments Commission,” Mr Dreyfus said.

“In countries such as the United Kingdom company directors that don’t educate staff about compliance systems are legally liable when executives bribe foreign governments to win contracts,” he said.

“We think this measure should be implemented in Australia.”