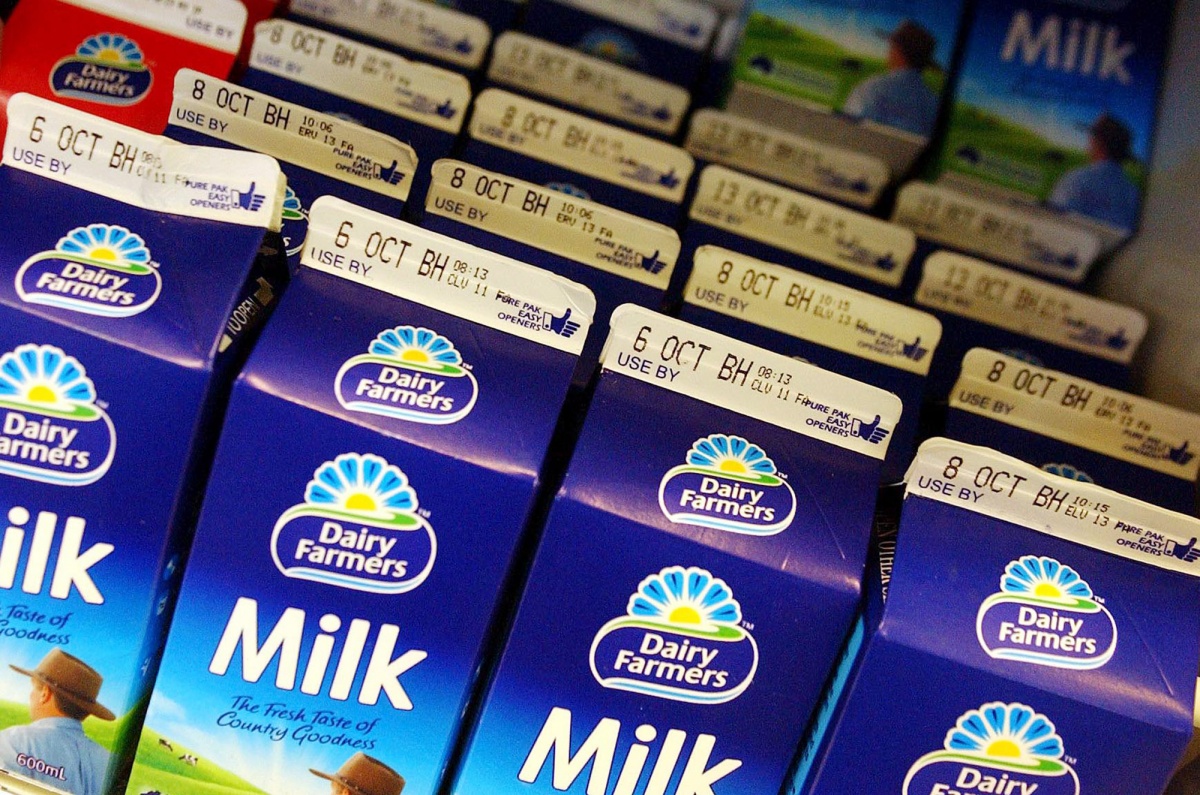 Coles and Woolworths are feeling the heat from disgruntled customers who are unable to find brand name milk in their local supermarket amid the dairy crisis.

Australians are flocking to buy brand name milk from the big supermarkets after the country’s largest milk producer, Murray Goulburn, downgraded the price it will pay farmers.

The news, along with a decrease in milk prices worldwide, has prompted a public campaign urging people to buy more dairy products to support local businesses doing it tough.

But the uptake in demand appears to have led to branded milk disappearing from supermarket shelves, with photos surfacing online of sparse shelves with only homebrand milk left.

Many people have accused Coles and Woolworths of withholding brand name milk from customers until the cheaper, white label products are sold, with both companies’ Facebook pages inundated with angry posts. “Stop with the cheap milk and support our farmers,” another woman wrote.

The accusations have put the supermarkets on the back foot.

Coles, for example, has been individually tackling the rumours it’s been withholding brand name milk from customers on Twitter.

“We assure you this is not true,” Coles told one customer.

“We haven’t made any changes to the way we re-stock milk and always aim to provide choice.”

A spokesperson for Coles told SmartCompany the supermarket has not made any changes to the way it replenishes its milk range.

“Our goal is to provide our customers with choice at prices they can trust,” the spokesperson said in a statement.

“That’s why we sell a number of brands of milk across Australia.”

A spokesperson for Woolworths told SmartCompany it is working hard to meet demand.

“We are stocking proprietary milk brands the same way this week as we have done in previous weeks,” the spokesperson said in a statement. “We always aim to have our shelves stocked with the products our customers want to buy.”

However, crisis communications expert Nicole Matejic told SmartCompany the current situation is “damned if you do, damned if you don’t” for the big supermarkets.

“Even if they got on the front foot, created some content or a video with some products, people would accuse them of stage managing it,” Matejic says.

But Matejic says the major supermarket brands have a “real opportunity” to get behind Australian farmers.

“Australian farmers are, by and large, what keep them in business; the home brand milk doesn’t magically appear,” she says.

“It’d be such a PR win for them to say, ‘you’re absolutely right, we need to do more, and we’re changing the processes’.” Broede Carmody is SmartCompany‘s senior reporter. This article first appeared on SmartCompany.com.au and can be viewed here.