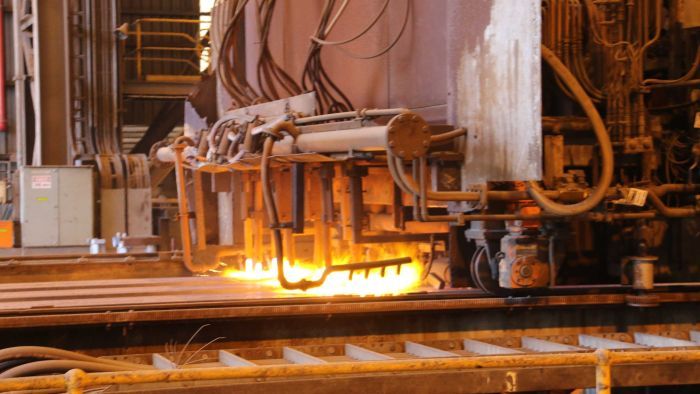 A study highlights the economic importance of the Whyalla steelworks.

Any closure of Arrium’s Whyalla steelworks would lead to more than 5,000 job losses across South Australia and cost the state’s economy as much as $770 million, a study has found.

Arrium went into voluntary administration recently with debts of about $4 billion.

An analysis by the Industrial Transformation Institute at Flinders University found the Whyalla workforce would decline by about 40 per cent if the steelmaker closed, with up to 3,940 full-time jobs lost while overall SA job losses could reach 5,360.

Economic modelling calculated Whyalla’s regional economy could suffer a $530 million impact and South Australia an adverse impact of up to $770 million — a much bigger economic effect on SA than from the shutdown next year of car production by Holden at Elizabeth in northern Adelaide.

Professor John Spoehr said his study confirmed Arrium was too vital to the state’s future to be allowed to fail and government assistance clearly was essential to support continuing steel production.

“The consequences of closure of Arrium would just be devastating for Whyalla, so every effort has to be made to try and secure the operation,” he said.

“That on its own won’t be enough — it will be important to look at a diversification plan for Whyalla.”

The Arrium administrator is hoping for a taxpayer investment to make the steelworks more attractive to potential buyers.