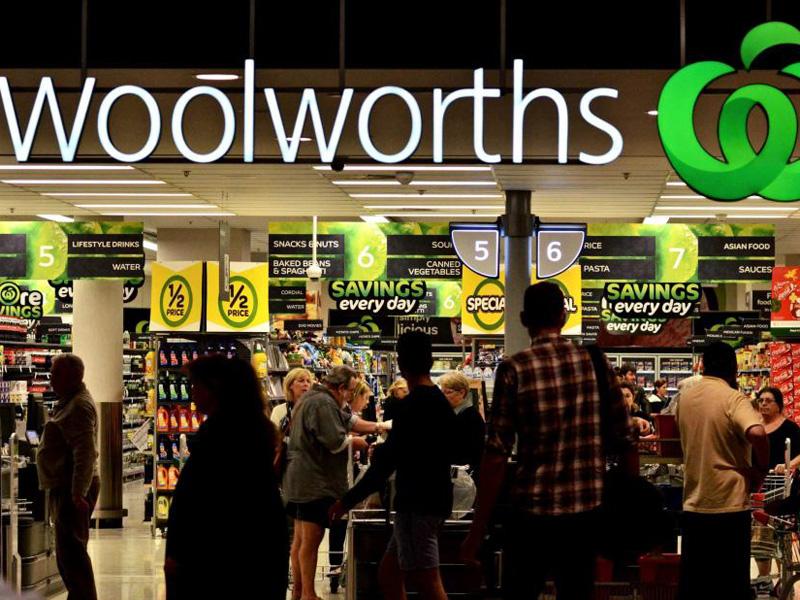 Woolworths has copped shareholder angst over its wages underpayment scandal.

If adjusted to take into account the different timing of Easter, Woolworths supermarket and liquor sales were down 0.9 per cent.

However, the dollar value of Woolworths’ petrol sales plummeted 8.8 per cent due to a slump in pump prices and a 1 per cent fall in the volume of fuel sold.

The company’s struggling Big W general merchandise business suffered a 4.6 per cent slide in sales to $865 million, while its hotels business reported a 2.5 per cent sales increase.

Woolworths is now forecasting that Big W will make a small loss in financial year 2016, due to poor summer trading and moves to clear “unproductive” summer and current winter season stock.

If the Reserve Bank was wondering where the deflation reported last week by the ABS was coming from, Woolworths chief executive Brad Banducci said it need look no further than his business.

“The sales performance in Australian supermarkets continues to be impacted by high levels of deflation, predominantly from our price investment,” he noted in the report.

“However, we are encouraged that customers are starting to notice the improvements we are making.

“It will be a three to five year journey to rebuild Woolworths supermarkets, but we are confident we are on the right track.”

The price wars are not over either, with Woolworths outlining plans to invest another $150 million in reduced prices and better services in its Australian supermarkets.